With everyone around the world re-adjusting their routines amid the various COVID-19 restrictions, YouTube has announced a new slate of updates in line with rising demand and need, as it seeks to address key considerations for its services.

First off, YouTube is reducing its streaming quality options in response to concerns around choking web traffic.

With more people staying indoors due to COVID-19, and using the internet to connect to work, study, entertainment, etc., that's putting increased demand on web servers and systems, leading to concerns that some networks could collapse under too much strain.

In response, the European Union this week called on both Netflix and YouTube to reduce their system demands on European web networks by limiting the capacity for users to stream in HD, which both companies will comply with from this week.

"Streaming video can account for 60% or more of traffic on fixed and mobile networks, and the planned March 24 launch of Disney+ in Britain, Ireland, France, Germany, Italy, Spain, Austria and Switzerland could create a new pain point."

YouTube has confirmed its commitment to temporarily switch all traffic in the EU to standard definition by default, which it may also be forced to undertake in other regions as further lockdowns push more people inside, leading to increased web use.

On another front, YouTube is adding a new COVID-19 info panel to the front page of its app, which will connect users to authoritative content on the outbreak. 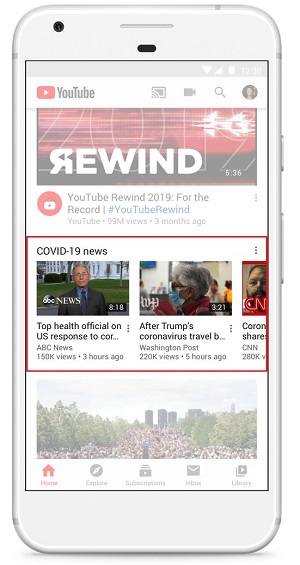 The COVID-19 "news shelf" as YouTube calls it, is available from today in 16 countries, with more regions to follow shortly.

And lastly, YouTube is also working to improve its educational resources in order to provide families with helpful tools to keep themselves and their children engaged in learning while they're unable to attend school and/or outside education facilities.

This week, YouTube has launched a new [email protected] website, which compiles a range of educational resources on the platform. 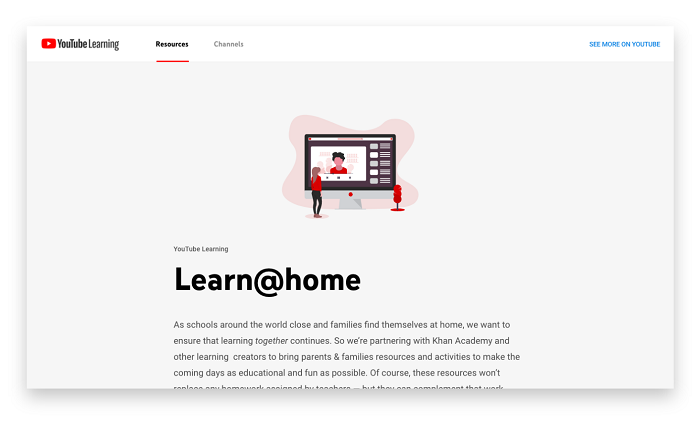 "From Khan Academy to Sesame Street to code.org, [email protected] will spotlight content across math, science, history and arts from popular learning channels. We’ll also have a dedicated section for families with kids under 13, where parents and kids can watch videos together that encourage kids' creativity, curiosity, playfulness and offline activities, such as how to build a model volcano."

We're living in challenging times, with the situation changing almost every hour, and as such, digital platforms need to be able to adjust their processes on the fly, and do so amid their own reduced staff capacity, making it very difficult for them to operate. The fact that the platforms have been able to respond to quickly is a credit to their teams, and it's good to see YouTube working to address various fronts and cater to new demand as it arises.