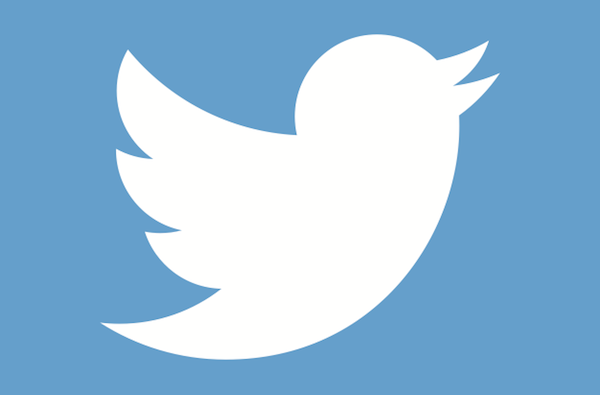 Earlier this year, Twitter CEO Dick Costolo lamented the platform's poor handling of bullying and trolls on the site. "We suck at dealing with abuse and trolls on the platform, and we've sucked at it for years," came Costolo's blunt assessment, contained within a leaked e-mail which was obtained by The Verge. This has long been a pain point for many users, and the issue had been pushed into the headlines once again after writer Lindy West did a report for NPR about her confrontation with a Twitter troll (who created an account impersonating her recently deceased father to attack her). "I take PERSONAL responsibility for our failure to deal with this, as a company," Costolo noted. "So now we're going to fix it."

Following this declaration, Twitter announced that it was introducing measures to streamline and simplify the process of reporting abusive tweets, making it easier to gather tweets as evidence in order to report them to authorities. Just recently, Twitter also moved to update its violent threats policy (extending the definitions of threats covered within the rules), whilst also beefing up its options for dealing with reported abusers, enabling Twitter to freeze accounts, compel users to delete tweets and request personal identification in order to re-instate users. And now, Twitter appears to be taking the next step in its crackdown, banning controversial blogger Chuck Johnson from the platform, a well-known troll who'd made it his mission to "tell the stories the mainstream media won't".

A History of Controversy

Chuck Johnson is a well-known internet troll with a history of controversial actions. Founder of the website gotnews.com, Johnson has faced various bans and sanctions in the past stemming from actions like naming alleged rape victims, posting the address of someone who had reportedly been exposed to the Ebola virus and being involved in an alleged vote-fixing scheme. In the action that would eventually see him banned from the site, Johnson sought donations for a fund established to "take out" activist DeRay McKesson, who's been involved with protests after police shootings in Baltimore and Missouri. Utilising their new anti-troll powers, Twitter shut Johnson down, and sent him a note saying that his account would not be restored. Following this, Johnson opened a new twitter account, @citizentrolling, which was also quickly shut down, along with @freechucknow, an account set up to support Johnson's reinstatement to the platform.

Twitter has sought to make a strong statement with this move - Johnson's profile within the alternative news and internet circles has ensured widespread coverage, and their subsequent follow-up in shutting down supporter profile has underlined the emphasis Twitter is putting on tackling abuse of this nature. But while it's hard to argue that Johnson didn't deserve to be banned from the site, some have argued that it's that very profile that has made him a target, an example to be used.

Let's be absolutely clear - abuse and harassment cannot and should not be accepted on social platforms, and we should all support any actions which make our social networks a better place to interact. The underlying ethos of social media is to connect the world, and in order to achieve that lofty ambition, we need to ensure that users' rights are protected, that people can be free to connect with whomever they like and converse without fear of personal attacks. While Johnson might view his banning as excessive, the depth of the issue of on-platform abuse cannot be ignored - for example, here's a sampling of abusive messages from Twitter which I tracked recently:

That level of negative content cannot be tolerated, and whilst not every one of these mentions would be a genuine threat or attack, the sheer volume underlines the importance of tackling this issue, particularly when you consider the impacts such messages can have on younger, more impressionable users.

In his defence, Chuck Johnson argued that Twitter has a problem with free speech and criticised the platform for opting for censorship, but most would agree that the impetus for his banning crossed the line into personal abuse, and as such, should be punished. It's a welcome move, and one which shows Twitter is taking action and is taking the issue of trolling seriously, even if Johnson would argue that this was not a serious threat. But the impact of such actions is always defined by the perception of the victim - in this case, DeRay McKesson raised a concern and Twitter responded accordingly. While there are still many cases of Twitter abuse being reported (including this recent troll smackdown from author JK Rowling), it's great to see Twitter moving forward on this front, and looking to make the Twitter-sphere a safer place.

And this leads further into the greater potential of social media as a form of social connection and social good. The benefits of a more connected world far outweigh the negatives in this regard, and it's important that we do seek to stamp out abuses like this in order to maximise the potential benefits of increased connectivity. Just this week, Facebook has announced the extension of it's 'AMBER Alerts' system, a process in which authorities can utilise Facebook to help find missing children. Facebook has also implemented measures to help children in danger reach out, as well as employing its own web of filtering techniques in order to shut down abuse and improve user experience. These actions underline the value and importance of social media in our evolving communications landscape, and the power the medium can have as a reporting and outreach process for people in need.

Agree with Chuck Johnson's banning or not, the action underlines the platform's commitment to making Twitter a better place for all users. And given the size of the problem, that's something that must be taken seriously - within that context, the banning of Chuck Johnson is a move that should be applauded, and one which underlines the need for all of us to work together in making social media a better, more inclusive place.