Instagram has today announced that there are now more than 500,000 businesses using the platform for advertising. 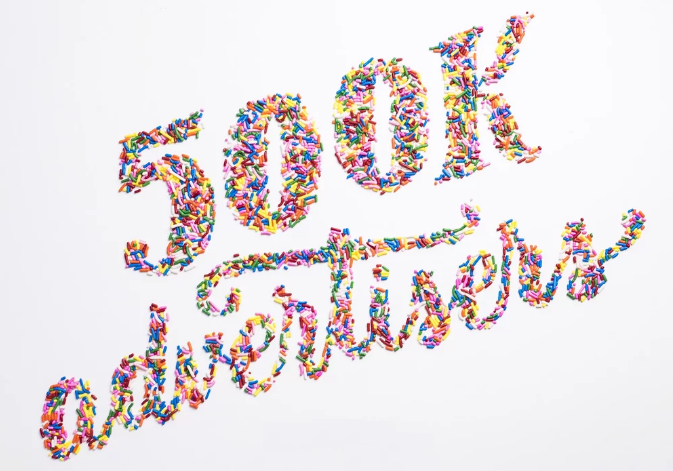 That's a pretty amazing achievement considering they only launched their ad API just over a year ago. What's more, Instagram says that in the last six months alone, the number of advertisers on the platform has more than doubled. That, of course, would've been influenced by the introduction of their business profiles and analytics tools which make it easier for brands to understand how and when to reach their audiences with ad content. And the other factor in this would be the introduction of their feed algorithm, which would have prompted more businesses to consider Instagram ads to reach their established audiences.

Accompanying their announcement, Instagram has released a range of stats on how businesses have been using their platform to reach a bigger audience, including:

And while Instagram didn't include any revenue figures along with those notes, it's safe to say that advertising on Instagram has been a success thus far, and looks to be a big winner for the app, and parent company Facebook, in future.

It's certainly been a big year for Instagram. The platform hit 500 million users in June, then followed that up with the introduction of their Snapchat-cloning "Stories" addition two months later. And while the platform did take some criticism for blatantly copying a key Snapchat feature, the option has already proven popular, with more than 100 million users using Stories every day.

Given the raft of changes Instagram's announced in 2016, it'd be surprising to maintain a similar pace of change in the year ahead. Instagram remained unchanged for a long time before this year, so the introduction of both an algorithm and Stories were particularly significant. Both those additions seem to have largely gone through without a hitch, but Instagram will likely now look to bed these new tools down and concentrate on their business options before coming out with any more major shifts.

That said, it makes sense for Instagram to further push the issue with Snapchat, introducing MSQRD-style masks and geofilter-type tools into the mix. But those smaller, functional additions are more refinements - I wouldn't expect the platform to disrupt the user experience in any significant way any further, at least not for some time.

The only other potential major addition on the cards could be live-streaming - Instagram CEO Kevin Systrom did note back in June that they would look at adding in a live-stream element if they could work out how it fits within the Instagram experience. The most obvious place for such a feature would be within Stories, and it could easily be incorporated into the Stories feature by using Facebook's Live back-end.

Right now, however, Instagram is no doubt monitoring their growth and engagement stats, in response to their latest additions, and working out how to double-down and improve the user experience, while also adding to their ad offerings and boosting their revenue-generation potential. And with 500k advertisers already on board, you can bet Instagram will be providing a significant contribution to Facebook's bottom line when the next reporting period comes around.