Twitter's Algorithm Timeline Switches to Opt-Out, Coming to All Users

There's been an influx of media reports and discussion online today about Twitter rolling out their new, algorithm-defined timeline to all users, making it the default option for everyone.

Twitter's terrible idea of timeline management is now on by default for everyone. Go to settings to turn it off. pic.twitter.com/jmjp3eQ1LI

Twitter has turned on the algorithmic timeline. Go into settings and uncheck the box reading "Show me the best Tweets first." Trust me.

You may take my chronological timeline, but you will never take my freedom Twitter. pic.twitter.com/nx086U0PTY

A point of clarification on this - when Twitter's announced the arrival of the algorithm-driven timeline last month, there was a specific note within the announcement which said:

"...we'll be turning on the feature for you in coming weeks - look out for a notification in your timeline."

Twitter has today confirmed that nothing has changed from this initial statement, and that while the new feature is being activated for more users, people can still opt-out if they wish - it's just that rather than making it opt-in by default, Twitter is now turning on the algorithm timeline for everyone and leaving it up to you if you want to get rid of it.

The Next Web has also noted that Twitter's changed the documentation about the algorithm timeline, adding in an extra paragraph to specify that those who don't want it will need to switch it off - i.e. it's going to be switched on be default.

In essence, Twitter's saying this is business as usual, that nothing's changed, but the fact that it's gone from opt-in to opt-out is significant from the user perspective. No doubt Twitter's hoping that people will give the algorithm timeline a shot, and have a better Twitter experience as a result - as noted in their original blog post on the change, internal research has shown that people who use the new feature "tend to Retweet and Tweet more, creating more live commentary and conversations".

If you've seen the 'Never Miss and Important Tweet' notification in your Twitter timeline and you want to opt-out, it's really easy to do. 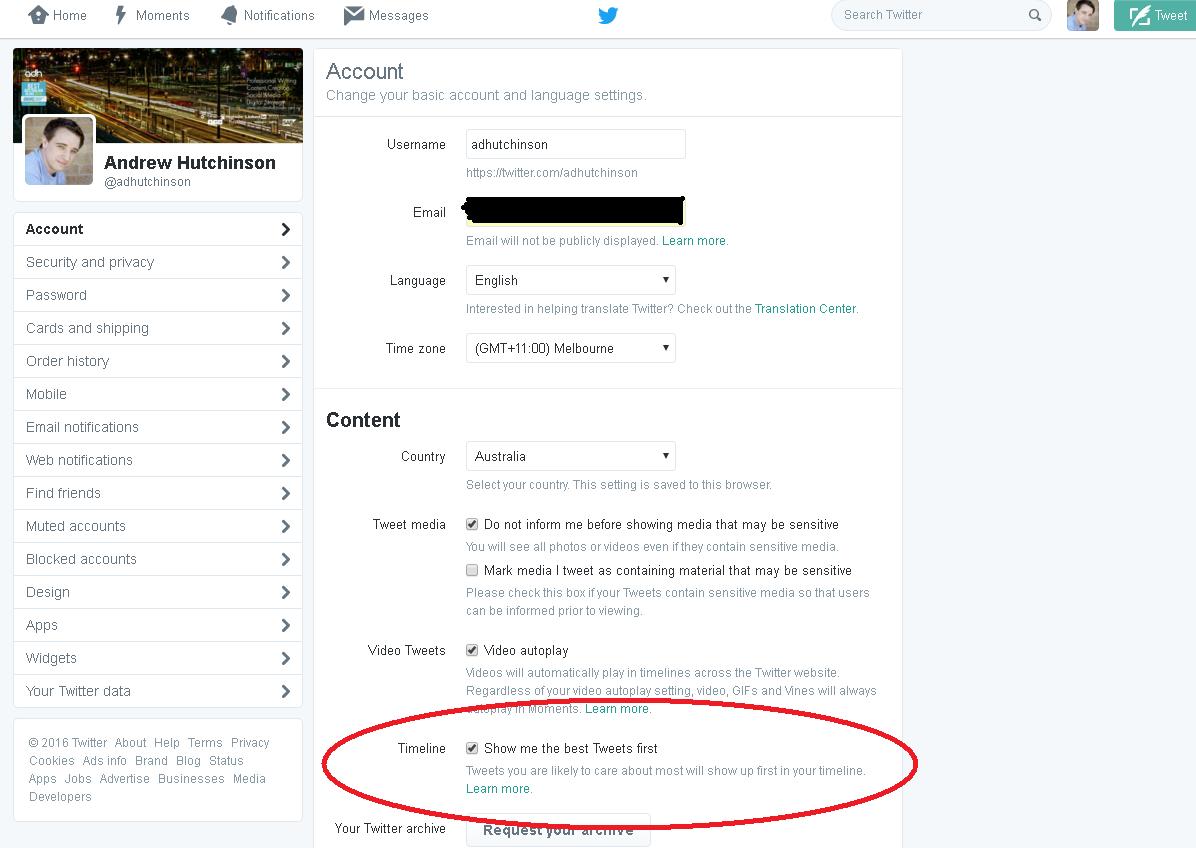 Untick the box and that's it - you're out and back to your normal Twitter experience.

Twitter timeline update bonus - as highlighted in the below tweet from The Next Web's Social Media Director Matt Navarra, Twitter's also working on a few new timeline sorting features which may help users discover more relevant content. Like an option to filter your search results to show only Periscope streams.