The Value of Getting Personal on Social Media

It's wonderful that we live in a world where technology enables us to conduct transactions online with people across the globe - it would be unfathomable to previous generations that you could open a Shopify store, start running Facebook ads and create a profitable business without interacting with a single human in real life.

But while this kind of business model is paradise for the introverts among us, humans still have an inherent desire to purchase from other humans, instead of anonymous companies.

Tactics can generate immediate profits, but relationships are essential if you want to build a long-term brand.

For example - Facebook advertising is one of the most lucrative marketing tactics around right now, but I'm fully aware that it won't last forever. What will pass the test of time, however, is the relationships that you build with your customers.

Social business strategist and author, Bryan Kramer, implores business owners to stop thinking in terms of B2B or B2C and instead, take a H2H (human-to-human) approach to communications.

In one of his blog posts, Kramer states:

Not everything has to be sugarcoated. Oftentimes, being transparent about failures and mistakes can build more trust than dismissing them.

Social media is one of the most powerful tools available for demonstrating the humanity behind your brand, and consequently, developing real relationships with consumers in your niche.

To help you build a long-term brand, here are some of the best ways to get personal on social media.

I highly recommend creating a style guide for social media, so everyone who posts on your official accounts can maintain a consistent tone of voice.

The style guide should contain advice on emoticons, hashtags, terminology, language and general tone. In addition to posts, this tone should be kept when engaging in discussions with other social media users.

People want to feel as if they're interacting with a real human one-on-one, rather than yet another generic brand.

While Dell Computers and Taco Bell aren't going to have a similar tone of voice for social media, I'd always favor a friendly, conversational tone - so long as it's appropriate for your niche. 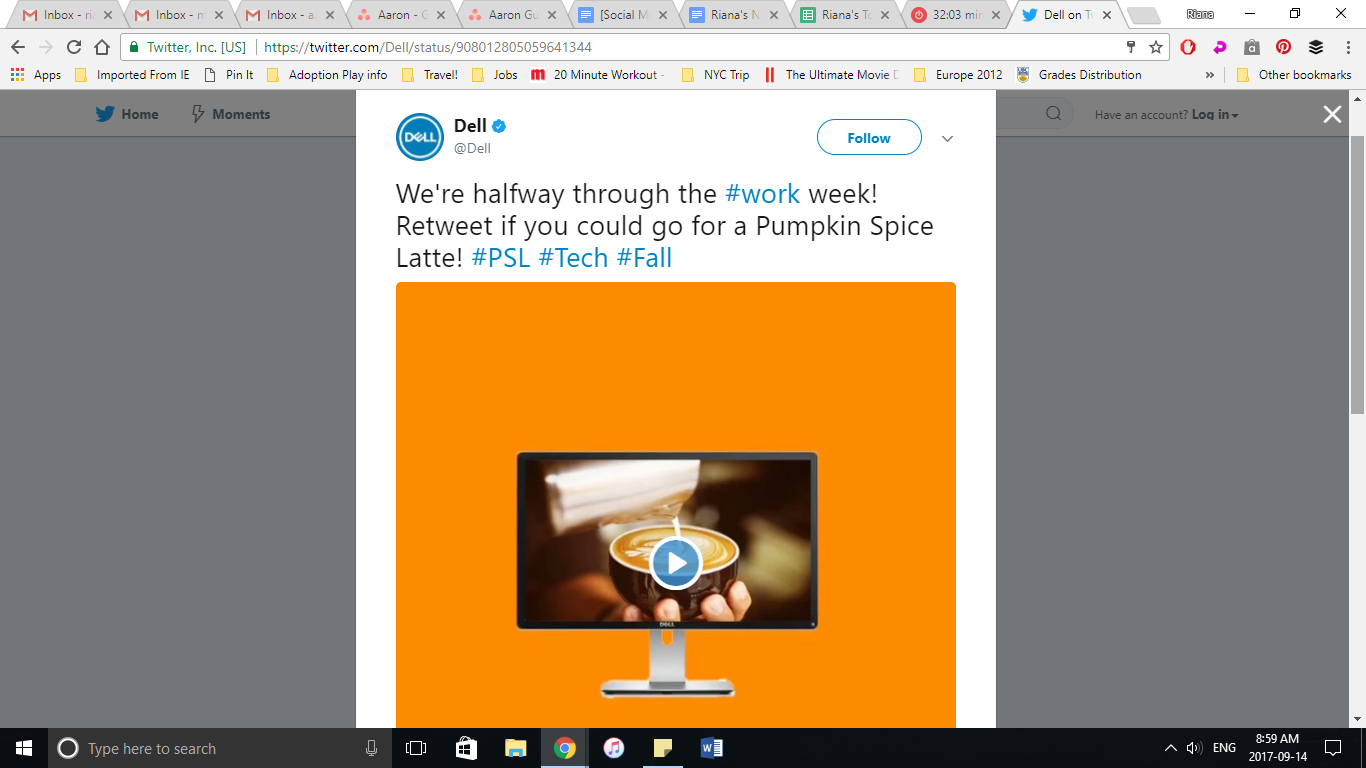 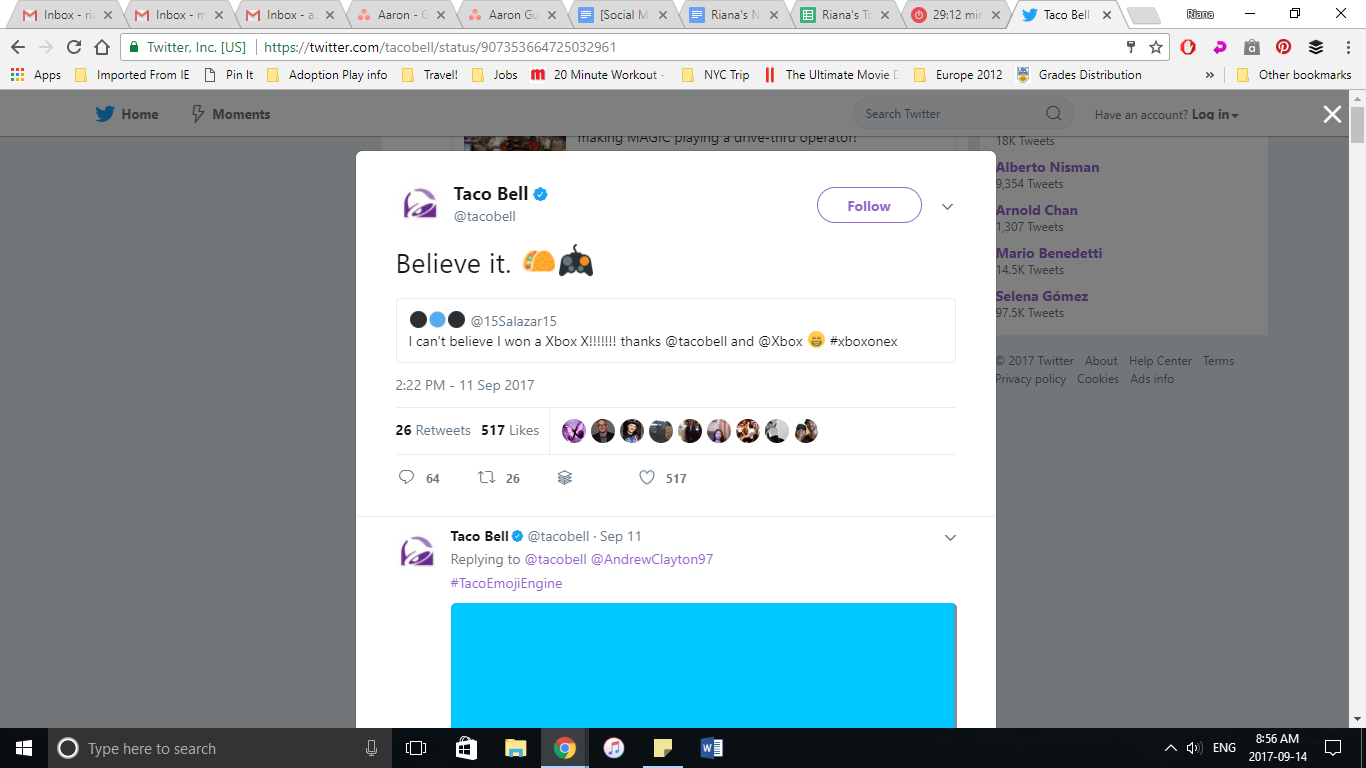 As a consumer, the businesses that earn my money aren't always the ones with the best products - they're usually the ones that are the most helpful.

I'm not alone in this regard.

Marketing expert and best-selling author, David Meerman Scott, was planning a trip to Antarctica, and eventually booked with the company that had the best educational content and was the most communicative on Twitter - instead of competitors that were cheaper or that had higher ranking websites.

These days, people expect to have customer service queries answered by a brand's social media account. Instead of relentlessly self-promoting like a lot of companies, taking the time to respond to questions and provide useful answers is invaluable.

When you communicate like a real human, and deliver value to people on social media without seeking financial remuneration, this builds trust, which eventually leads to sales.

It's important to note that 71% of consumers who've had a good experience with a business on social media are more inclined to recommend it to others.

Being helpful to someone on social media can create a positive ripple which travels far beyond that individual. In fact, you can look at this as a referral marketing tactic.

One of the best ways to make your business more transparent is to showcase your employees. Pictures of real workers beat stock photos, hands down.

Again, people like doing business with other people. Being able to see the workers who helped create a wonderful product or services goes a long way in building trust.

Tim Cook, CEO of Apple, clearly understands this - Cook constantly publishes photos of his employees and shows his appreciation for their hard work. His Twitter timeline is full of this type of great content, which builds camaraderie within the Apple organization as well as outside of it. 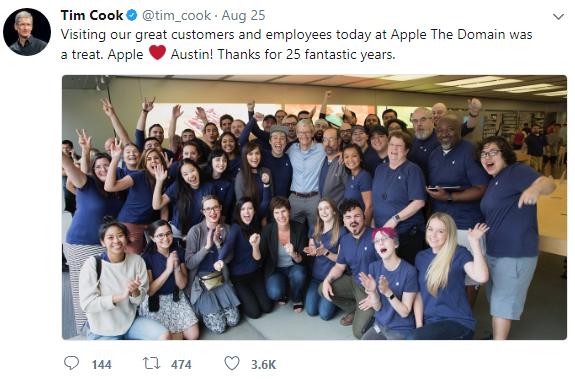 Cook also posts about women's rights, LGBT rights and a range of other social issues, which helps to convey Apple as a brand where inclusivity is celebrated. 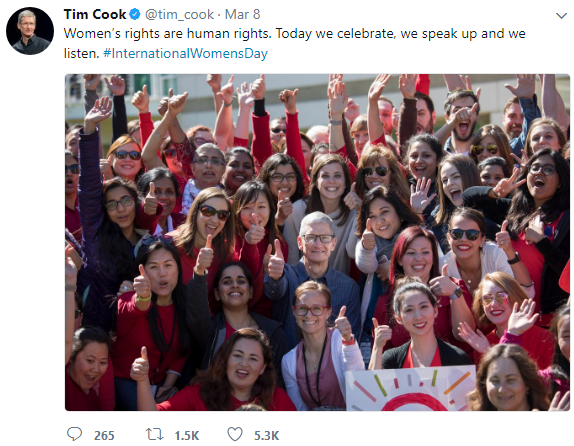 You can really showcase the human element of your business by publishing behind-the-scenes video tours of your workplace.

In 2016, Dunkin' Donuts streamed an awesome tour of its facilities using Facebook Live. Fans of the brand got a glimpse into the process for devising and manufacturing new products, and got to meet some of the people responsible for their favorite edible delights.

If you really want to get ahead of the competition and create an immersive experience for your fans, consider looking into 360-degree videos.

While you'll have to invest in some equipment and spend time learning how to shoot good footage, 360-degree videos allow for a very intimate glimpse into your business.

Can you think of any other ways to be more personable on social media and showcase the human element of your brand? Please let me know in the comments below.