The Many Successes of the "Your Digital Shadow" Viral Marketing Campaign

Ubisoft is an innovative video game company with a history of great games, and great marketing ideas that get these games into the hands of fans. One of these new games is called Watch Dogs. The game is about a futuristic hacker in Chicago with all of the guns, sex, and violence that real life hacking has nothing to do with.

The viral marketing campaign that they have put together is known as "Your Digital Shadow," and it is based all too closely on reality.

The Many Success of the "Your Digital Shadow" Viral Marketing Campaign 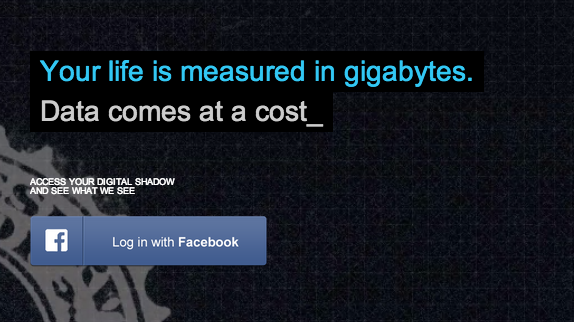 The website then gets to work on creeping you out and making you feel like you're being hacked with a series of "Infiltrating Target" screens that make for good theatre, but are again nothing like how real hacking is carried out: 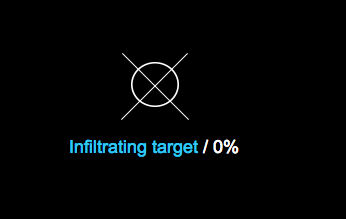 Once it is done going through your Facebook account it can bring up a surprising amount of data about you: where you are, who follows you the most (likely by going through comments), and even takes a guess at your personality type and password.

Even the Watch Dogs website has a similar eerie feel to it as it asks for your date of birth when you arrive:

Once you enter a date of birth it goes to a screen which reads "Confirmed." It was a fraud as I entered the wrong birthdate, but it definitely added to the atmosphere.

How the Your Digital Shadow viral marketing campaign succeeds

There are two main areas where this viral marketing campaign succeeds:

Marketing that creeps people out is an emerging style that takes campaigns like Old Spice's hilarious commercials and turns it on its head so that users get the opposite feeling. They feel sort of violated.

This creates a little bit of misery in the life of the one who is using it. What does misery love? Company! Users share this unsettling experience with their friends because it's something new, so that they have someone who can empathise, and so that they can maybe learn more about the digital footprint they're creating.

Besides all of the good feelings in their marketing department about how their message is spreading, I feel that they're doing a valuable service by educating people about what they leave behind, how social media sites harvest that information, and what they can do to protect some of their privacy.

I know that we're all digital marketers here, and we benefit from every little piece of information we gather, but there is a limit. There are safety concerns for those who don't know any better. There are people who need to learn what social media, search engines, and those cookies that they allow to install on their computer are doing. If this marketing campaign can do that of a few people, all while promoting their video game, I applaud their efforts.

A third success of the Your Digital Shadow viral marketing campaign

One final note I'd like to make is on the complete world that they created for this game. The best viral marketing campaigns take the product that they're selling, a video game about hackers in this instance, and put it right in the faces of people. You see how the world of the game has the same feeling as the interface you're given on the website for the game itself, and on the marketing website.

This connects with the world building that I love about the best movies. Pacific Rim is a movie that I can watch a dozen times (and have), and that is largely because of how excellent that movie was at creating a world.

How have the Watch Dog marketers done this world building? With color. This same electric blue appears in all of their marketing, on the website, in the game, and in the trailers: 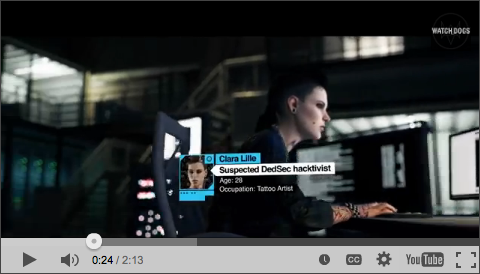 Look above and you'll see that same blue over and over again in their marketing. Watch a trailer and you'll see it in the background of the actual game. It is subtle, but that blue is how you, the person experiencing their marketing, becomes a part of the world of the game before you even play it.

This effect increases for those who take part in the Your Digital Shadow campaign as they enter their information into web boxes bathed in that same blue. You're already entering the world of Watch Dogs and are that much closer to making a purchase. And that is brilliant viral marketing if I have ever heard it.