TV viewership and Twitter use have long gone hand-in-hand. Really, when there's any kind of breaking news, Twitter's where many people turn, and live TV conversations are no different - but how does that correlation relate to advertisers on the platform and how they can use it for outreach?

To get a better understanding of the correlating impact that TV and Twitter use can have in regards to advertising, Twitter partnered with Starcom and social analytics company Canvs, to examine how TV programming influences viewers' emotions, as tracked by Tweets - and then, how those emotions drive audience response to TV commercials. Twitter's combined their findings into a new infographic, outlining some of the key ways brands can engage Twitter users who are responding to what is on their TV screens - their key data points are as follows:

Check out the infographic below for more insights based on Twitter's latest TV audience research. 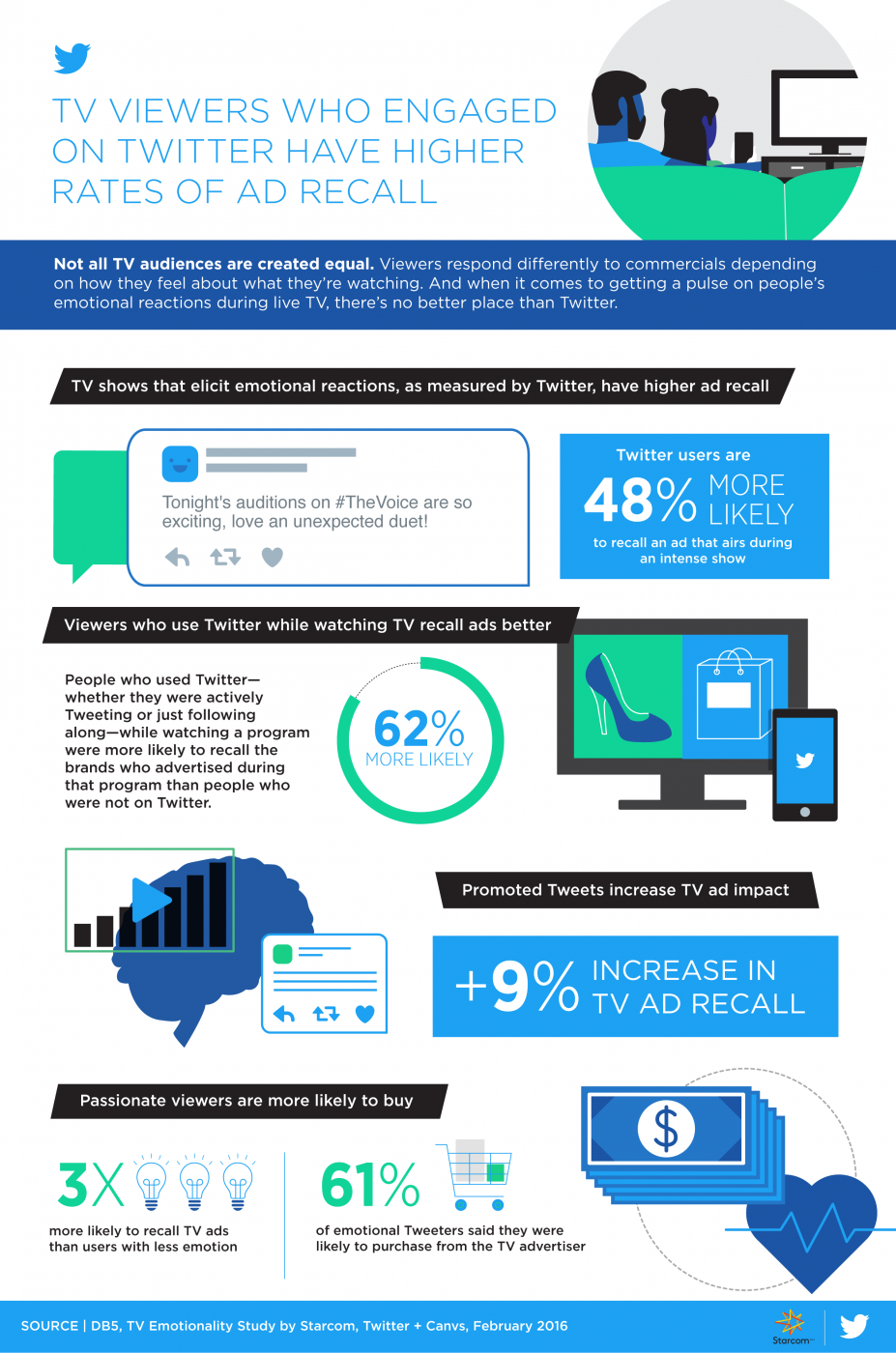