As social networks have increasingly become vehicles for the spread of misinformation and fake news, one thing has become abundantly clear - digital literacy is a problem, and a great many people don't know how to verify the sources of such material, which leads to further proliferation of these narratives.

One of the most concerning examples of this is the rise of "anti-vax" posts, which Facebook recently took steps to outlaw completely. The growing anti-vax movement, despite having no grounding in science, has lead to a range of concerning trends - according to the World Health Organization, Europe saw a record number of measles cases in 2018, due, at least in part, to a growing number of parents who are refusing vaccinations for their children, while in America, where measles was officially declared eliminated in 2000, reports of outbreaks are, once again, becoming common.

A significant part of this, and the many other misinformation campaigns, simply comes down to the fact that users believe what's presented to them online, without verifying the sources, the data, etc. If it looks genuine, or appears to make a valid point, these types of movements can spread.

This is what's lead the European Commission to launch #EUMediaLiteracyWeek, a new initiative which aims to promote skills to help navigate our increasingly complex information environment. Twitter has outlined how it's aiming to help, and the EC has also published this helpful infographic (below), which outlines a range of ways in which people can better qualify, and verify, the information they come across online.

This is a critical area of focus - if you know someone who regularly shares questionable content, maybe send them this to help them better clarify their sharing (in as polite a manner as possible, if that's possible).

There are plenty of things to be genuinely scared/angry/concerned about in the world - there's no point wasting that emotion on lesser issues which largely don't exist. 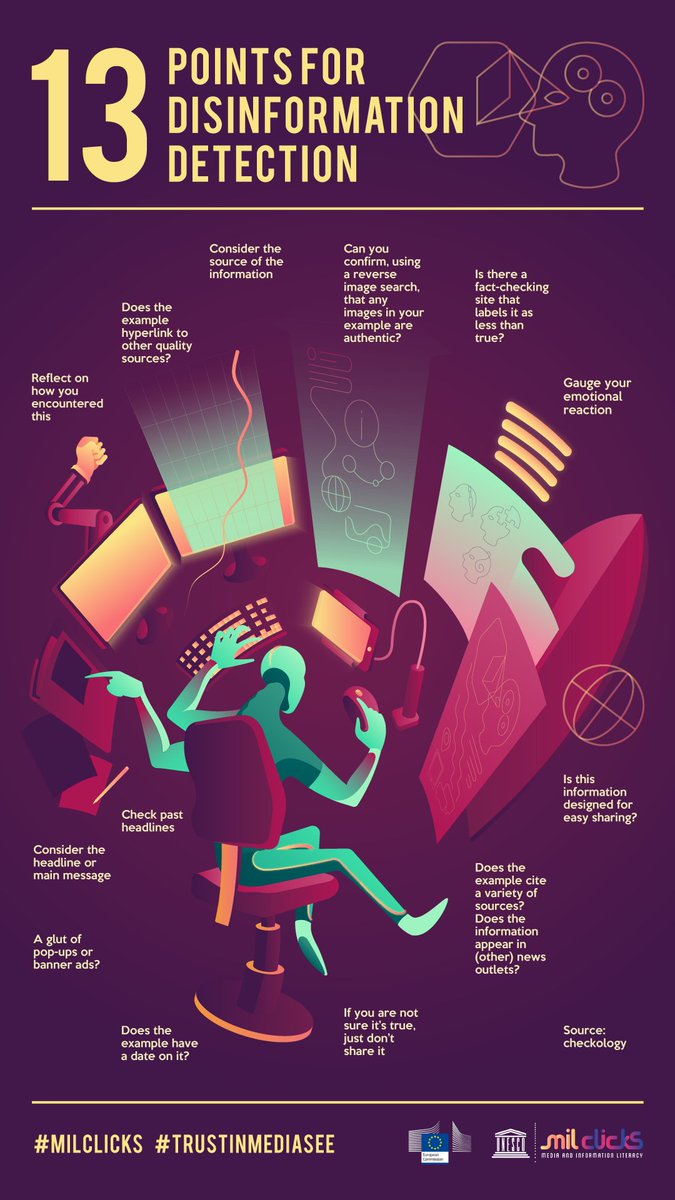