With the new Star Wars film 'The Rise of Skywalker' set for release next week, Facebook has added a set of Star Wars-themed features in Messenger to help fans celebrate what looks to be the final installment of the epic series.

As you can see here, the main element of the update is a new set of AR effects, which you can use in Messenger video calls or post to Messenger Stories. Which also means you can post them to Facebook Stories, though only via Messenger - and you can then re-share them to your Instagram Story (by saving the video and re-posting).

"Jump into hyperspace and travel to a whole new world with the Lightspeed Effect. Then, you’ll be able to see yourself as part of the Resistance, gliding through the galaxies in Poe Dameron’s X-Wing with the Cockpit Effect. And don’t forget about the battle of the Dark vs. Light side of the Force! Now, you can use the Dark vs. Light Effect to choose your side." 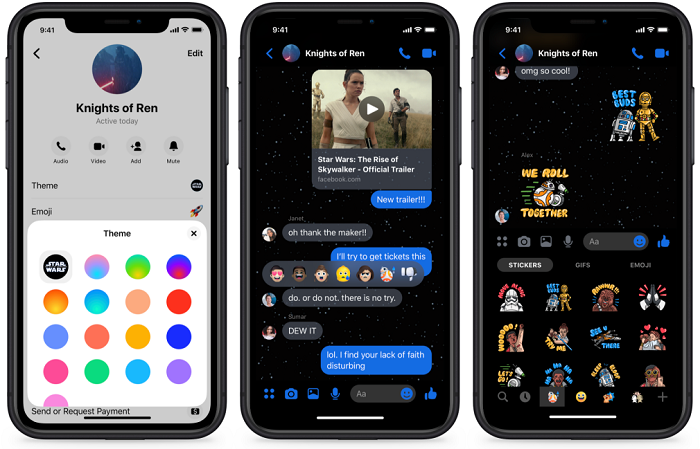 The visuals were designed in partnership with Disney, and provide a fun way for users to get more engaged in the Star Wars hype one last time.

Well, last time for now - you know there'll be more Star Wars movies rolling out till the end of time, or until they stop making money. The timeline for either occurrence is roughly the same.

You can use the AR effects as normal within your Messenger options, and:

The updates are live in Messenger from today.