Facebook Announces the Next Stage of its eCommerce Push, Including Shops on WhatsApp and Visual Search

In line with its growing eCommerce focus, Facebook has announced a range of new shopping and discovery tools, including Shops on WhatsApp, and Shop listings in Facebook Marketplace, as well as a new visual product search option on Instagram which looks very familiar.

The announcements were made in a live stream by Facebook CEO Mark Zuckerberg, who also noted that Facebook and Instagram Shops now see over 300 million visitors per month. Zuckerberg also reported that there are more than 1.2 million monthly active Shops on its platforms, a significant amount considering that Facebook only launched its Shops options a year ago.

Here's what's coming next in that push.

The biggest announcement is Shops on WhatsApp, which will enable businesses to present their entire Shop within the messaging app, giving users another way to find relevant products, and connect with the business for more info. 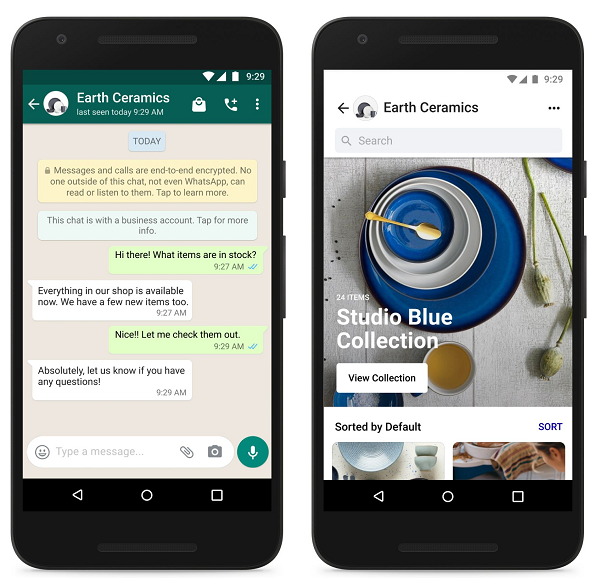 "We're bringing Shops to WhatsApp which will make it easier for people to find the products or brands that they want to engage with."

That could be a significant move, because while WhatsApp is the most used messaging app in the world, monetization of that audience has been difficult, because people don't want ads in their private message threads, and ads in WhatsApp Status, its own version of Stories, didn't work out.

That's forced Facebook to seek alternative revenue models, the most promising of which is facilitating business activity direct in the app. That's become a particularly relevant consideration in developing digital markets like India, where WhatsApp has more than 500 million users. Given its presence, Facebook has been working to build more business tools into the app, in order to broaden its usage, and make it the key facilitator of more types of connection, and transactions, in the Indian market.

Shops on WhatsApp will build on this, while Facebook's also working on streamlined discovery and payments in-app, and advanced business tools - which, so long as WhatsApp's controversial new privacy policy update goes through, could be a big boost for the functionality, and utility, of the app.

And also a key note, Zuckerberg says that businesses will only need to set up their shop once to have it work across Facebook, Instagram, and WhatsApp, which could also expand eCommerce opportunities.

In addition to this, Facebook's also bringing Shop listings to Marketplace.

As you can see here, the new addition will mean that your Shops product listings are expanded to Facebook Marketplace, providing more ways for brands to connect with interested shoppers, and more ways for Facebook to encourage browsing and buying activity.

What's more, those who've set up Shops won't have to do anything extra to have their products listed on Marketplace, and displayed in related searches. Facebook is still testing the best way forward with this, but it'll be another way to encourage expanded purchase behavior in the app.

Shops inventory in Marketplace is now available in the US for Shops with on-site checkout.

Zuckerberg also says that Facebook will soon offer new, personalized Shop ads, which will display items based on people's individual shopping preferences and past behaviors.

"We're launching the ability for a business to send shoppers to where you're going to be most likely to make a purchase based on your shopping behavior."

The ads will direct users to a Shop's curated collection, aligned with their registered interests.

"A lot of shopping discovery begins with visual discovery, right, so you see something that you think is awesome. And then, you know, maybe you want to see other products that are like that, or you want to figure out how to get that product. And this is the type of problem that AI can really help out with. [So] one of the things we're going to do is when you're on Instagram...We're getting ready to start rolling out experience and testing an experience that we're calling visual search."

As noted, 'Visual Search' is the same as Pinterest Lens, and Google Lens, enabling users to scan a real world item, or use any uploaded photo or video, to find similar product listings. And while the functionality has been available in other forms for some time, Facebook's ubiquity could take it to the next level. At Facebook's scale, that will mean a whole lot more people will now have the capacity to use visual search, which could quickly transform it into a habitual shopping behavior for many more people.

In addition to this, Facebook's also making ads with product tags available globally, while it's also testing AR Dynamic Ads and expanding its AR try-on partnerships. 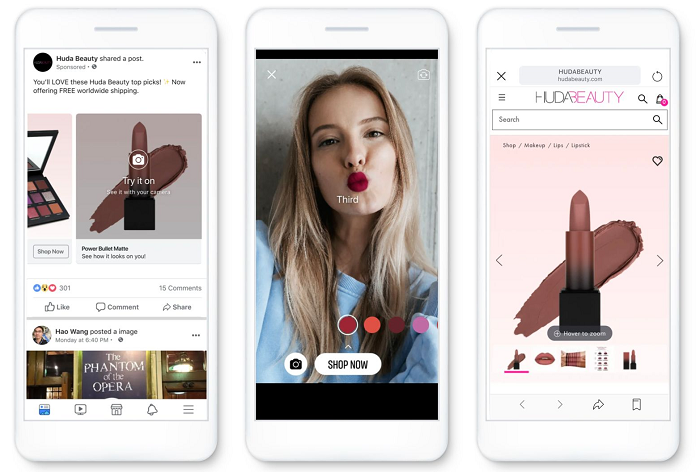 All of these, in combination, will go a long way towards advancing Facebook's eCommerce ambitions, and as more people become accustomed to searching and purchasing in-stream, you can expect this push to gain momentum, transforming the way that people use each app.

That'll likely be most significant for Instagram, given its visual focus, but the rising opportunities for exposure will have major benefits for a broad range of brands, which will no doubt see a big jump in interest in Facebook's Shops options.

And with eCommerce still on the rise, now is the time for that next shift. This could be a major next step for The Social Network.