Facebook has published its Q4 2019 performance update, showing increases in both users and revenue, though costs associated with newer initiatives are also impeding overall growth.

First off, on users - Facebook added 34 million daily active users, taking it to 1.66 billion DAU for the period. 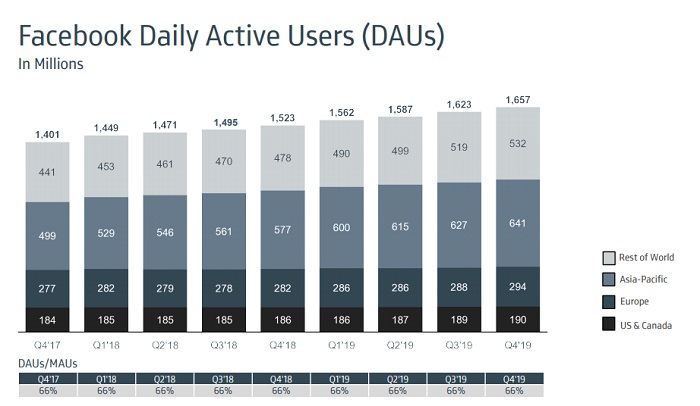 Facebook added a million more users in the North American market, where it generates the majority of its revenue, while it saw the most significant growth, once again, in the Asia-Pacific market, adding 14 million more daily actives.

Overall, Facebook's daily user growth momentum remains steady, and in line with ongoing growth patterns, though it will need to increase revenue per user in regions outside the US to boost its earnings. 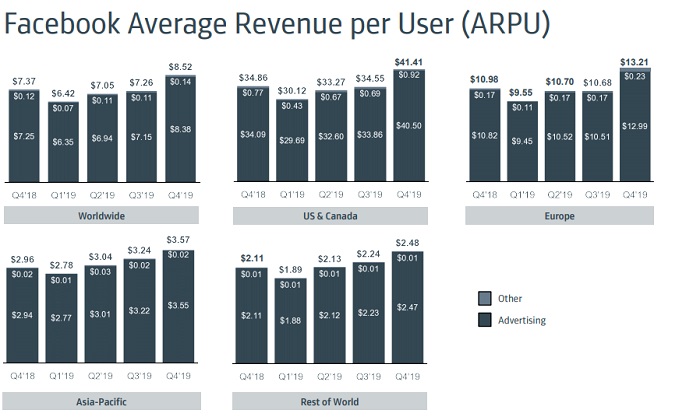 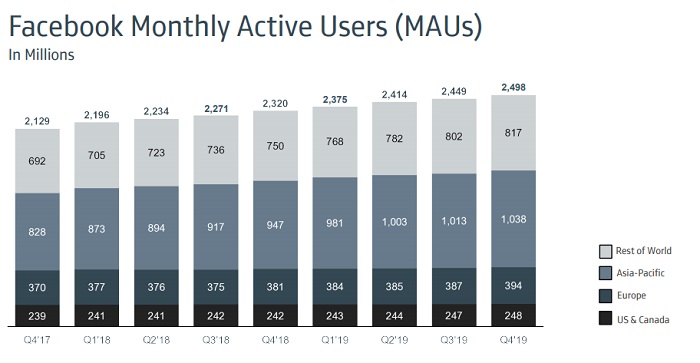 This was also lead by the Asia Pacific region, where Facebook continues to reach new markets. It'll take some time for Facebook to convert those newer users into more lucrative targets for advertisers, boosting its revenue potential, but with initiatives like Facebook Pay in India and Indonesia, combined with on-platform shopping, it's already taking steps towards building the next major business eco-system.

This time around, Facebook has also provided insights into overall usage across its 'family of apps' - or combined usage data across Facebook, Instagram, Messenger and WhatsApp. 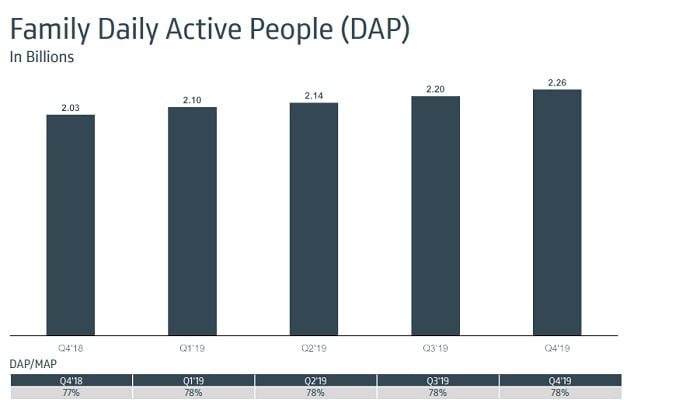 "Our Family metrics represent our estimates of the underlying number of unique people using one or more of Facebook, Instagram, Messenger, and/or WhatsApp (collectively, our "Family" of products). We define a DAP as a registered and logged-in user of one or more Family products who visited at least one of these products through a mobile device application or using a web or mobile browser on a given day."

As you can see here, across its app 'family'', Facebook now serves 2.26 billion people every day, a huge breadth of reach which far outpaces any other social network.

Reporting its app usage stats in combination seems like cheating, in some ways, using the company's massive scale beyond its main platform, acquired through acquisition, to potentially mask growth slowdowns on any of its given tools. But then again, given the way Facebook's ad platform works, that figure is relevant with respect to how many people you can reach through Facebook's tools. 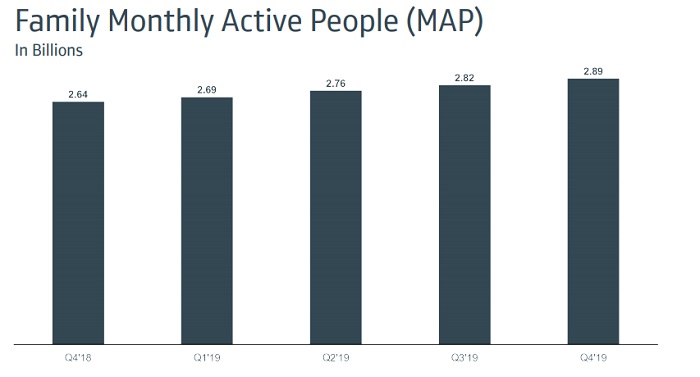 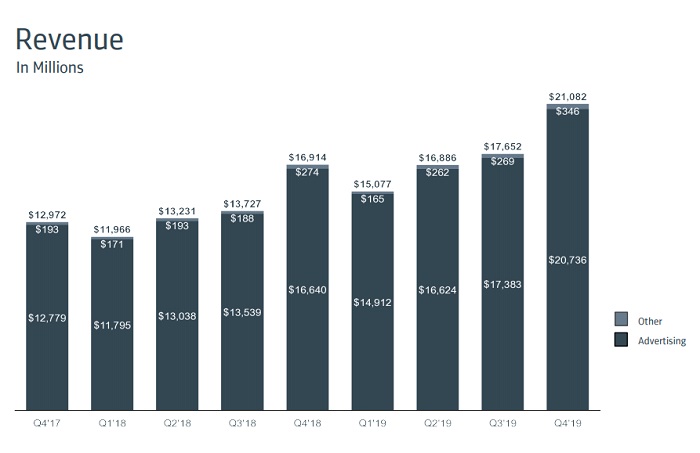 However, there are some concerning signs also. In among its financial data listings, you can see that the company's costs and expenses have increased 51% year over year.

Facebook's efforts to clean-up its platform and improve content moderation have played a significant part in this - according to its disclosure listings, staff headcount has increased 26% year-over-year, and that's likely to increase further in 2020 as it looks to better address key concerns in line with expansion. For example, that figure doesn't count the rise in contractors that Facebook also uses for moderation, or the journalists it's hiring as part of its renewed push into news content, or jobs to be created as it ramps up its efforts to focus on user privacy. Each of these elements will take more staff, which means more cost, and the mounting expenditure has slowed down Facebook's overall income growth for Q4.

As a result, shares in Facebook were sold down in after-hours trading.

Overall, the numbers are still good for Facebook, it's still performing at an extremely high rate. But it's ever-growing list of projects does come at a cost, and at least in this quarter, that cost impacted its overall performance more than it would like.

But really, it's this chart that'll be a key focus. 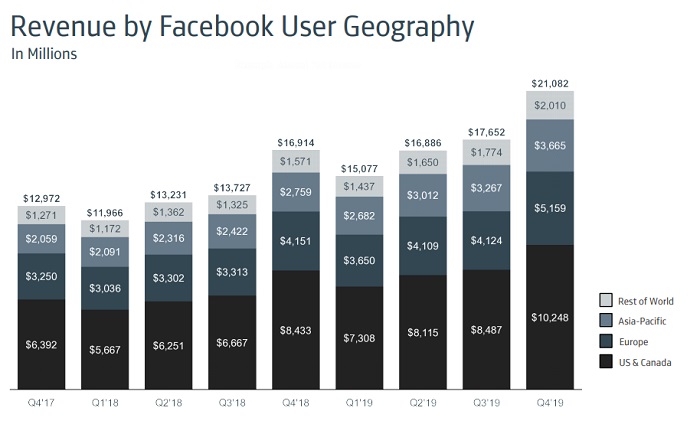 Facebook is still heavily reliant on the North American region.

In order to keep pushing forward on its focus projects, it needs to maximize revenue generation in other markets to capitalize on its massive reach.