As noted in Facebook’s original announcement:

“At Facebook, we believe that if you share data with one service, you should be able to move it to another. That’s the principle of data portability, which gives people control and choice while also encouraging innovation."

The process for downloading and moving your Facebook photos and videos is fairly straight-forward: 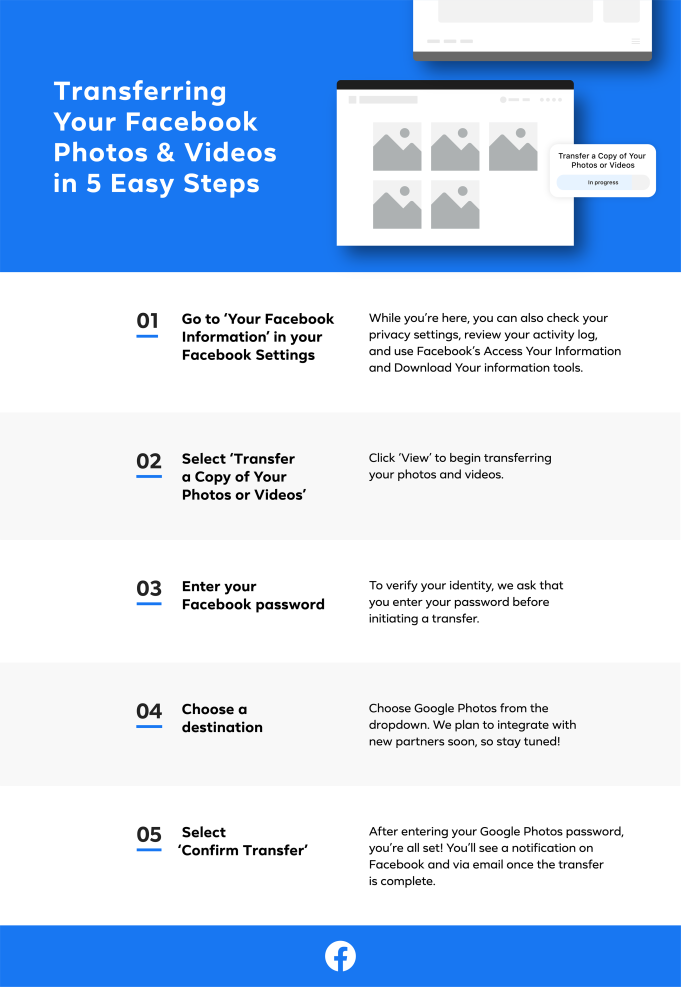 As noted, Facebook initially launched the option to users in Ireland, before expanding it to more regions in February and March. The US is actually among the last regions to get access to the option, which is not the usual way that these types of tools are rolled out. But it could be reflective of Facebook’s broadening international user base – although it may also be in alignment with European data ownership provisions and meeting necessary requirements for such.

As reported by The Verge, Facebook’s eventual plan is to enable users to transfer any of their Facebook data to other platforms that are part of The Data Transfer Project, a sharing initiative between the major tech companies which aims to facilitate greater access and ownership of your digital information.

“The DTP facilitates the transfer of an individual’s data between providers. For a provider to be included in the Project, they have to provide export (and ideally import) functionality for some or all of their users’ data. Functionality may be executed through a public-facing API or other reasonable substitute.”

Given that so much of our information and content is now posted online, it’s important for consumers to maintain some level of control and ownership over such. If a platform shuts down, all of your information is gone - which is just one of the reasons why it’s important that there is a level of interoperability and data sharing capacity available.

Facebook’s initial steps with Google Photos are one of the early developments, and it’s good to see the tech giants working together to facilitate greater sharing.