Facebook has announced that it's now bringing its political issues ad transparency tools to all regions, after initially rolling them out in fifty nations systematically, based on when each region had been running a local election.

"We believe that transparency leads to increased accountability and responsibility over time - not just for Facebook but advertisers as well. It’s why we continue to introduce tools that allow elected officials, those seeking office, and organizations aiming to influence public opinion to show more information about the ads they run and who’s behind them. Starting today, we are rolling out our transparency tools globally for advertisers wanting to place ads about social issues, elections or politics."

Facebook first introduced its 'Issues Ads' tags last May, and as noted, it's been rolling them out to more regions over time. The system means that all advertisers looking to run ads in relation to political issues will need to go through an authorization process, and that all related ads will be kept in Facebook's publicly available Ad Archive for seven years, which also includes information on wh saw each ad and how much was spent on promoting it. 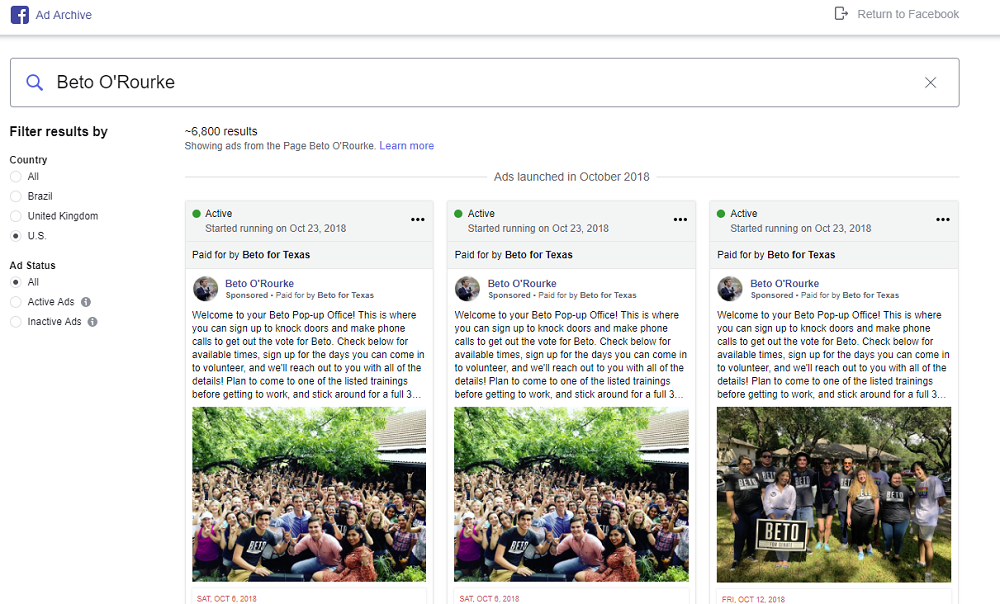 Facebook says that its expansion of the program will begin this week with Ukraine and Canada, to be followed by Singapore and Argentina:

"Beginning today, we will systematically detect and review ads in Ukraine and Canada through a combination of automated and human review. In Singapore and Argentina, we will begin enforcement within the next few months."

Given the troubles Facebook has had as a result of the role it played in the 2016 US Presidential Election, it makes sense for the company to add in as many safeguards and checks as possible. It won't eliminate the spread of political propaganda entirely - as arguably, much of this is coming from non-affiliated groups, who may not necessarily be using ads - but it does increase the risk of exposure for political groups who get involved in such.

Anything that can be implemented on this front is a bonus, and Facebook's ad archive could prove to be a valuable tool in the fight against political misinformation.

For a full list of countries and territories where these tools are now available, you can check out Facebook's Help Center.