Back in June, we reported that Facebook was experimenting with a new A/B testing option for Page posts, which would enable Pages to try variations of their organic post copy in order to maximize on-platform reach and engagement. 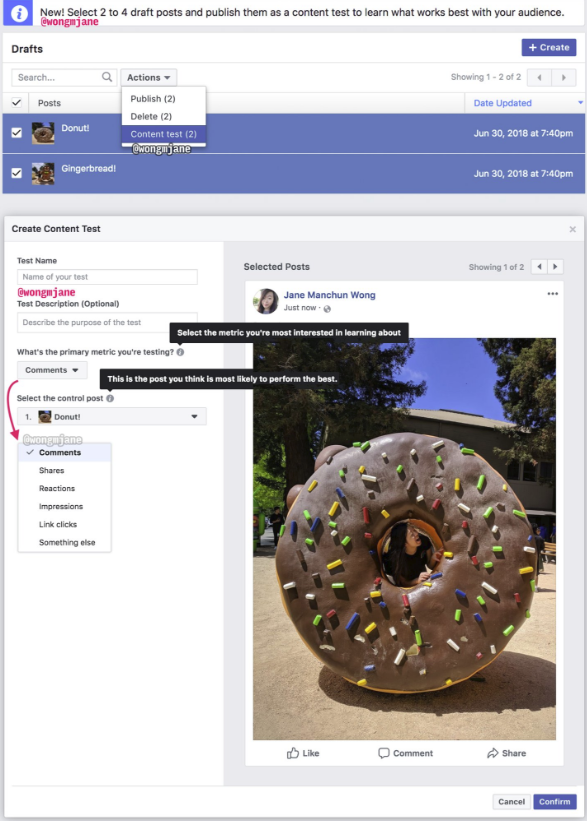 As you can see from this image shared by Facebook tipster Jane Manchun Wong, the option would let you upload four different post options, then compare their performance, and iterate based on the results.

Now, Digiday is reporting that five publishers, including BuzzFeed, are already using a variation of this, and are seeing positive results:

“Facebook said […] that more than half the time, publishers in the test have ended up selecting a version of the story that was different from the one they would have originally used. This suggests that the tool is helping publishers get more traffic back to their sites.”

It’s important to note that the tests are in their very early stages, and there’s no word on whether the tool will ever get a wider release, either among publishers or Pages more broadly. But it does suggest that Facebook is pushing ahead with the option, moving it into the next phase of testing.

An A/B testing option for posts could provide significant benefit for those looking to maximize their Facebook performance. With The Social Network continually squeezing organic reach, particularly via its major News Feed algorithm update launched earlier this year, brands are looking for any way they can to minimize referral traffic declines, and make the most of the platform’s unmatched audience scale.

With the capacity to test post options, you would not only be able to improve the performance of the posts within your tests, but it would also give you a better understanding of what works on Facebook, enabling you to make more informed strategic choices about your content.

Again, there’s no word on this tool being released more widely as yet, and it’s limited to publishers only thus far. We’ll keep you updated with any news on this front.