Facebook has released its latest ‘Topics to Watch’ report, highlighting all the key subjects which are seeing significant increases in mention volume across The Social Network.

Facebook's monthly Topics to Watch reports can be a great way to stay ahead of the latest trends and shifts – according to Facebook’s research team, up to 80% of the topics they've identified in these reports go on to become more significant movements. They do tend to be fairly niche, but if there's a subject listed that's of relevance to your business, you may be able to get ahead of the curve by tapping in now, and using it in coming promotions or posts.

So what are the key trends of note this month? 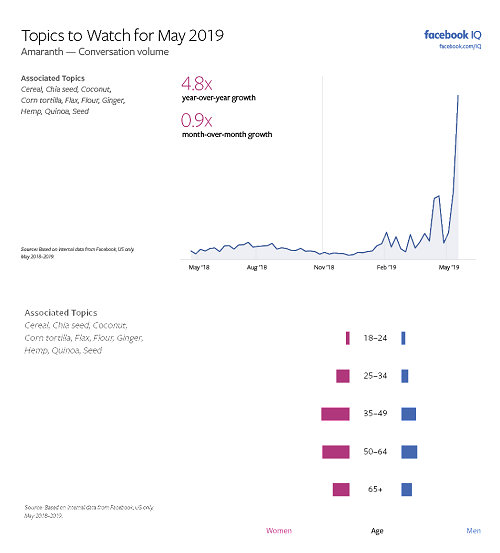 As Facebook explains, amaranth is 'an ancient grain hailed by the Aztecs', which has now become a popular health food in the US.

Amaranth is protein-rich and contains various vitamins and nutrients. With demand for health food rising, it may be a good option to consider for related campaigns and promotions, particularly among older audience groups. 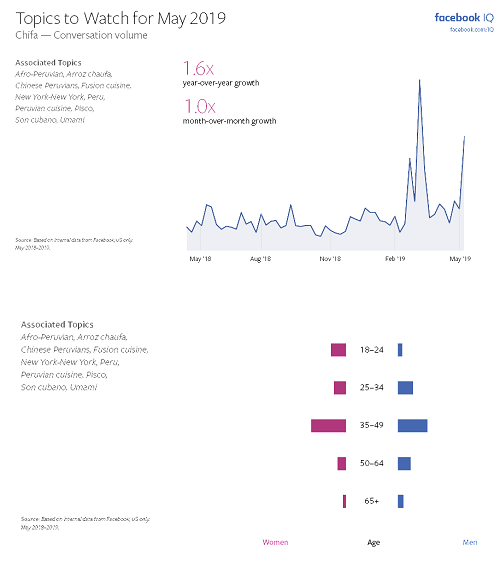 A fusion of Chinese and Peruvian cuisine, Chifa, according to Facebook, "is spreading worldwide, as restaurateurs bring versions of the dishes to major cities like New York".

You can see that spike in mentions earlier in the year, followed by a second, more recent increase. If you're looking for new meals to consider for your restaurant promotions, then Chifa may be worthy of examination. 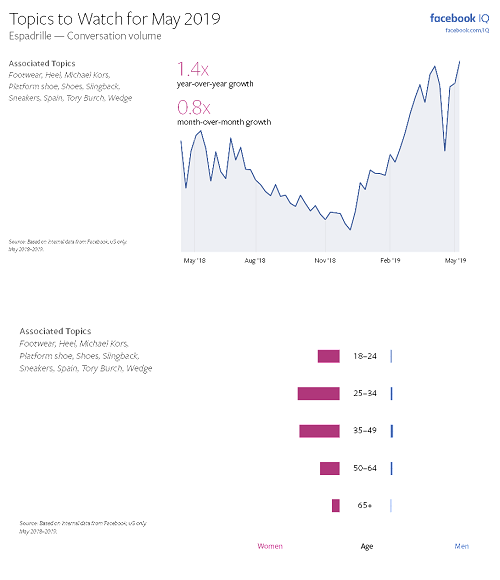 A form of summer shoes, the espadrille is rising in fashion circles, with the above chart showing the significant skew towards female shoppers.

Facebook says that espadrilles have long been deemed one of the best shoes for summer, but new variations can be worn all year round.

And if there was any question about the popularity of food on social platforms - 'Foodie' is the next topic on Facebook's Hot Topics list. 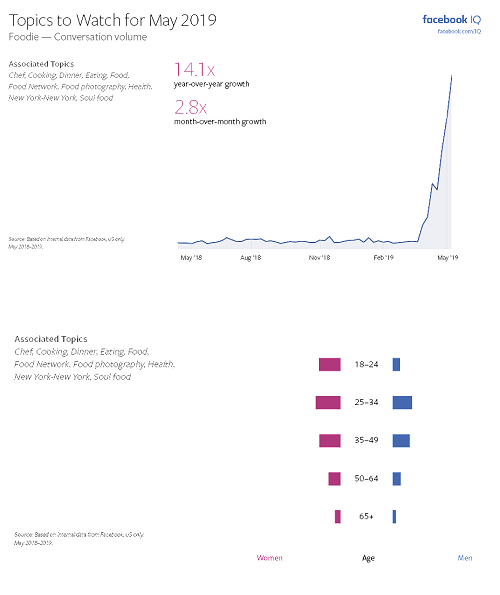 "A recent Facebook IQ study revealed that nearly half of 18–34-year-olds surveyed identify as foodies, and many say they discover new food or recipe ideas on social platforms. People are increasingly planning trips around food and striving to try unfamiliar flavors and dishes on every adventure."

How, exactly, your business can tap into the 'foodie' movement is less clear, but its another consideration to keep in mind in your planning.

And lastly, Facebook says that 'women's boxing' is gaining popularity, based on user discussion. 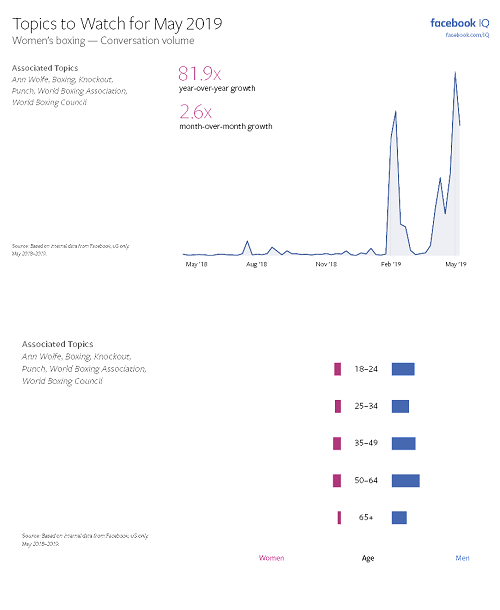 That's a fairly big increase in mention volume in that top chart.

If you're working in the fitness sector, this may be a consideration - though one with a relative level of injury risk.

As noted, Facebook's 'Topics to Watch' reports can be a great way to get ahead of the next big thing. While the subjects identified do tend to be very niche, there would appear to be some fairly clear, rising opportunities - if any of these relate to your business, they may well be worth further examination.