Facebook is reportedly partnering with the NHS in the UK on a new program which will provide its Portal smart camera devices to thousands of aged care residents as a means to keep them connected to family and friends amid the COVID-19 pandemic.

As reported by Wired:

"The NHS is about to launch a pilot in which 2,000 Portal devices will be handed to care homes in Surrey and in a still-to-be-decided northern city – possibly Leeds, Manchester, or Newcastle. Following the pilot, the sources say, the scheme might be rolled out across England, and could involve the allocation of up to 100,000 Portal devices – which according to the source the NHS would receive at a lower price, and with prioritized access."

With COVID-19 proving exceptionally risky to older people, aged care facilities have had to block almost all access, and implement strict procedures for visits. Providing Portal devices could facilitate connection, with the tool's video-streaming, smart focus tools and established connectivity with Messenger making it easy to use, and great for less tech-savvy audiences.

But it does also come with some level of concern. Privacy advocates have warned that Facebook's Portal has the capacity to track and store data from inside your home, giving Facebook another window into how we live, in our most private lives. That further adds to Facebook's data banks - and while users do have the option to remove any of their Portal recordings from Facebook's servers, the added insights provide will Facebook with even more capacity to understand what we do, when we do it, where we are, and more.

Interestingly, the program is similar to how Amazon has sought to increase take-up of its Ring home camera devices by partnering with local police in various regions to provide sets of Ring devices, free of charge, to vulnerable residents. 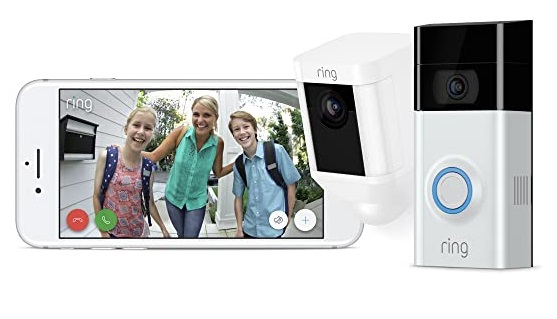 The idea is that the devices improve local security, and give police more insight into relevant activity - but it also means that Amazon is collecting more data, and integrating that into its systems to further refine its algorithms.

In some ways, this is beneficial, as it leads to improved product recommendations and ads - but at such large scale, the data insights that companies like Amazon, Google and Facebook now have can be extremely powerful, and can influence our actions more than people realize.

For the companies themselves, pilot programs like this also encourage more product take-up - if Facebook provides more Portals to aged care residents, their families are more likely to purchase their own devices for their homes, which then leads to more exposure, and more take-up over time.

Is it worth the added data risk? That's hard to say - it's difficult to quantify the full impacts of large scale data collection because we don't have full oversight into how it's being used to influence consumer actions. But it can be used in such ways, and adding more information on what people do in and around their homes further enhances these datasets, providing bigger advantages to the major players that already dominate the market.

It makes sense, but there are some concerns. But it's up to the relevant local authorities to balance the risk and reward of such, and action each program as they see fit.