In news that will surprise absolutely no one, Facebook is reportedly now in the process of developing its own Clubhouse clone, as it looks to nullify the rapid growth of the audio social app. 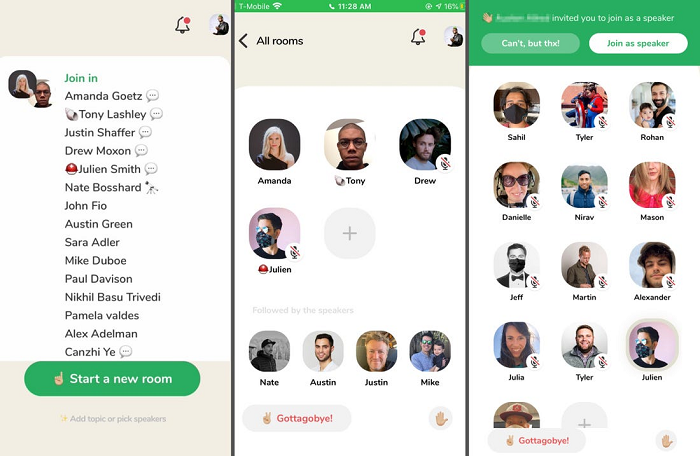 Clubhouse, the invite-only audio social platform, has seen a massive rise of late, going from 600,000 active users in December, to 2 million just over a month later. That's seemingly sparked Twitter to move ahead with a similar audio Spaces feature, and now Facebook is also looking to get in on the act.

As explained by The New York Times:

"Facebook executives have ordered employees to create a similar product [to Clubhouse], said the people, who were not authorized to speak publicly. The product is in its earliest stages of development, they said."

Of course, Facebook already has its video Rooms and similar meet-up tools. But it doesn't offer the exact same functionality, and with Clubhouse' approach generating more interest, it seems logical that Facebook would look to add similar - given that it can, as it already has the infrastructure in place, and it has the scale to provide similar tools to its audience, which could then stop them spending their time in another app.

That's actually a core risk for Clubhouse. As they say investing circles, Clubhouse essentially has no 'moat', no defining, key feature that can't easily be replicated by other platforms. Part of the attraction of audio rooms is their simplicity - it's very easy to switch into an audio room, with minimal technical requirements, while on the platform side, audio connection doesn't take up the same server load as video meet-ups. That will inevitably lead to many copycat apps, and again, it comes as little surprise to see Facebook, and other platforms, considering their own options, as Clubhouse's numbers continue to rise.

Facebook, of course, has a long-running habit of replication, copying the key functions of basically every rising social app as it looks to utilize its massive scale to quash competition, and stop users from migrating to new pastures.

The most high-profile example of this was Instagram Stories, which Facebook replicated from Snapchat back in 2016, after first trying to copy Snapchat in different, separate apps, and even looking to acquire Snap for $3 billion. But even in its early stages, Facebook took 'inspiration' from other apps. Facebook reportedly copied the 'Like' button from Friendfeed back in 2007 (Facebook denies this), while more recently, the platform has sought to stifle the rise of TikTok by adding its own Instagram Reels feature.

Facebook's penchant for duplication has even come under scrutiny by regulatory bodies, with the company being investigated over various antitrust claims.

Last year, during a Congressional hearing in the US, Facebook CEO Mark Zuckerberg admitted that the company has 'adapted feature' from competitors as a means to maintain its position, an approach that may still end up leading to further enforcement action and penalties.

Given the history, this new announcement will be no surprise - but it will be interesting to see if Facebook can introduce a better version of the Clubhouse-style experience, especially given the ubiquity of Facebook groups, where such a tool could become hugely popular.

Will that spell trouble for Clubhouse? We'll have to wait and see the next developments on both Twitter Spaces and Facebook's new effort.