After first announcing it's coming Messenger app for Mac at its F8 developer conference last May, Facebook has this week begun rolling out the new Messenger for macOS in selected markets, providing another option to keep in touch. 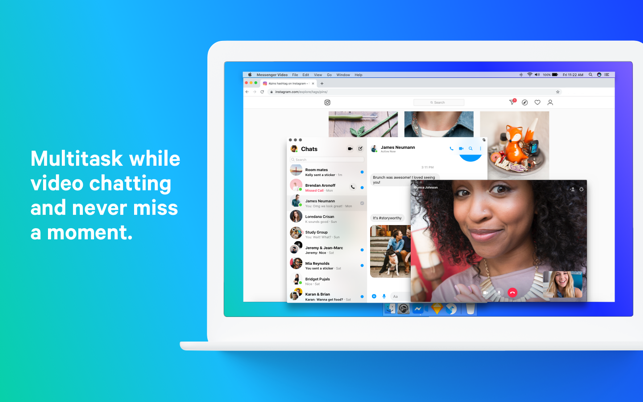 According to 9 to 5 Mac, the new Messenger app was first spotted by another tech publisher, MacGeneration in the Mac App Store in France. TechCrunch has confirmed the app's initial launch with Facebook, and has additionally reported that the Messenger Mac app is now available in Mexico, Poland and Australia.

But how valuable it will be is hard to say - you can already access Messenger via the web, so it's not like you can't already use it on desktop, and as such, functionally, a separate app doesn't seem to add a lot.

When Facebook first announced the app, it highlighted group calls as a key use case for the option:

"People want to seamlessly message from any device, and sometimes they just want a little more space to share and connect with the people they care about most. So today we’re announcing a Messenger Desktop app. You can download the app on your desktop - both Windows and MacOS - and have group video calls, collaborate on projects or multi-task while chatting in Messenger."

That makes sense - but there are already various group video options on the market that are likely more aligned with these use cases than Messenger, which is more commonly used to connect with family and friends. For professional collaboration, you would assume Facebook Workplace would be where more of its users would look to interact, and Workplace already has a desktop video calling option built into its separate Workplace Chat app for Mac (and PC).

Regardless, you'll soon have a Mac app for Messenger as well, which, as noted, could make it easier to stay in touch via your home computer and share files from your hard drive, videos, etc.

Facebook says that the initial roll-out is part of a small test of the app. It doesn't have a date for a full launch at this stage.