Above all, when going through the various social media conversations and trends, and keeping up with the discussions that gain the most momentum online, what's clear is that people love being right.

Of course, that's no surprise - human nature is centered around our perception of self, and our understanding of the world. But people love being right so much that beliefs and opinions have now become a battleground, with some seeking out alternative viewpoints and perspectives that they can align with, in order to be 'more right' than anybody else. Even if that means defying the knowledge of leading experts.

That could be where Facebook is looking with its latest app experiment - Forecast enables users to pose questions, and make predictions about the future, which other users can then vote on and discuss, providing more insight into potential outcomes based on shared knowledge.

"Forecast is a place to ask questions and use in-app points to make predictions about the future. All questions are submitted by the community and then moderated for clarity, using Forecast’s moderation guidelines and Facebook’s Community Standards." 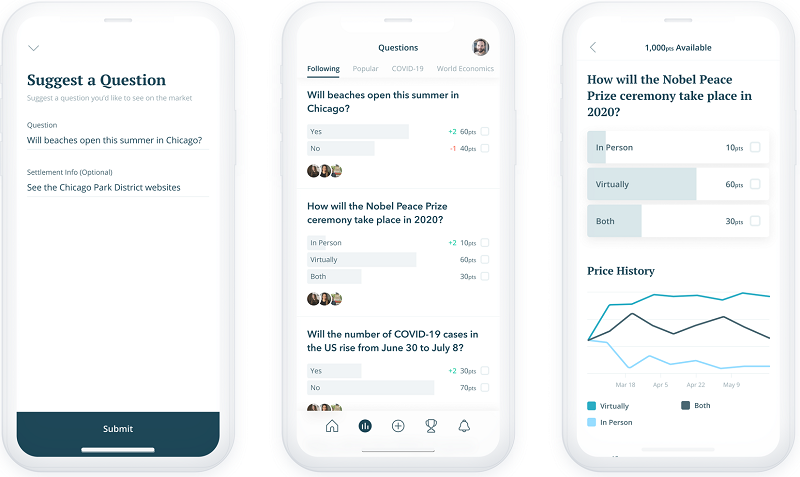 As you can see, Forecast essentially hosts mini-debates, where people can take a stab at guessing what comes next, via questions approved by the app's moderation team.

The in-app points system is interesting. As you can see in the screenshots above, Forecast allocates points to the user who posed the original question based on responses, with the more popular responses allocating more points. Users can also win points based on their reasoning - so if a user posts more questions, and they're good at justifying their responses, they'll increase their credibility, as displayed in their point score.

Though it seems slightly flawed. As per the Forecast moderation guidelines, users gain 100 points for posing a question - so that's not based on knowledge, that's based on activity. You can also, as noted, get points for your reasoning, though most of the points seem to come from questions posed and the subsequent responses to them. As such, maybe it's less about adding credibility and more about encouraging participation, similar to Reddit's Karma system.

I don't know, it seems like an odd way to calculate a user 'score' as such.

The main impetus of Forecast, however, is knowledge sharing, and encouraging discussion among peers, which could, potentially, lead to more informed debate. If, for example, you were convinced that 5G radiation was exacerbating the spread of COVID-19, and you went on Forecast and saw that the vast majority of respondents disagreed, maybe that would prompt you to do some more research. 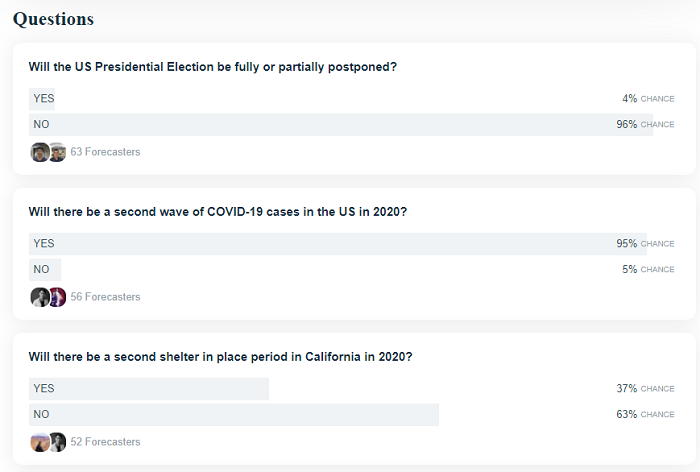 That also seems ripe for manipulation. Quora, for example, sometimes has a problem where a person will pose a question, only to have the answers flooded with partisan responses. There's an odd amount of questions on Quora, for example, about whether China is good or bad, in various respects, with primarily one-sided responses in favor of the Chinese regime.

Those responses could be true and unbiased, of course. But they seem a little off.

Forecast could see similar - if enough members join up in support of one side of an argument, they could essentially use the platform as a propaganda outlet. That's likely where the weighting of supported justifications would come into play, but even so, it seems like a potential concern, and could see it struggle to gain significant momentum.

But then again, gaining momentum may not be the aim - as with the eight other apps that Facebook's NPE team has released in the last six months, the idea behind them is to latch onto a rising usage trend, and see if they can make it into a more valuable, useful functionality. If Facebook can stay ahead of the game, it can quell competitor apps before they gain momentum. In this sense, these apps from the NPE team are more about throwing ideas at a wall and seeing what sticks, as opposed to building 'successful' apps within themselves. That can then lead to expanded functionality, new tools in existing Facebook apps, additional user insights, etc.

So while Forecast may not work out, it could provide some new direction for Facebook's team.

Really, Forecast feels somewhat similar to Jelly, a collaborative question and answer app that was created and launched by Twitter co-founder Biz Stone in 2014, before eventually being sold to Pinterest three years later. Like Forecast, Jelly facilitated questions and answers, which users could share.

It didn't really work out. While Jelly clearly had some valuable elements, audiences didn't ever seem to warm to it.

I suspect Forecast will see similar response, though we'll have to wait and see.

You can download Forecast on iOS, though it's currently in invite-only beta for members based in the US and Canada (you can apply for beta access by applying to join the Forecast beta testers Facebook group here). All of Forecast's predictions and discussions are publicly available on the Forecast website.