Facebook is launching a new program which aims to provide more incentive for music publishers to post exclusive artist video clips direct to Facebook, which could see it provide more of a challenge to YouTube, while also luring bigger audiences to Facebook Watch.

As posted by social media expert Matt Navarra and Drowned in Sound founder Sean Adams, the new process will prompt the official Facebook Pages of musicians to switch over to a new setting by August 1st, which will then see any videos licensed to Facebook that feature their music linked directly back to their Page. 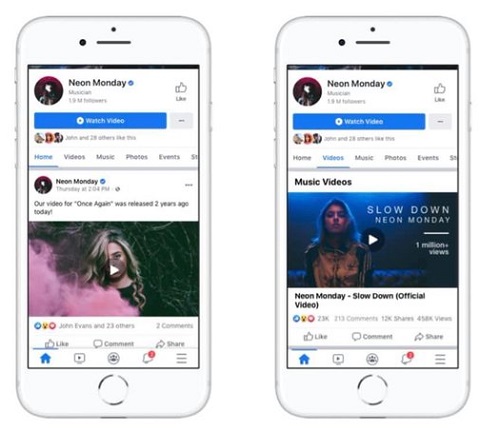 "No need to link or upload anything, your library will stay up to date with the latest videos licensed to Facebook. [...] Whenever we get a new release from a music label, your Page will share it right to your timeline so it can reach your followers' News Feeds."

TechCrunch also shared this screenshot of the new setting for impacted Pages. 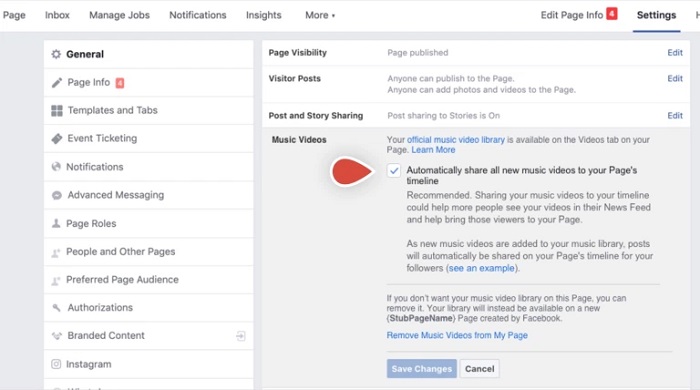 The process essentially means that Facebook will be able to more centrally manage licensing for official music clips, which will also enable Facebook to strike better distribution deals with the publishers direct.

And that's the key element here. As noted by TechCrunch, reports last year suggested that Facebook had been seeking to negotiate new rights deals for music video clips, with several of the major music labels looking for an alternative to YouTube, which many feel does not share enough of its revenue from such content back to the creators.

Music videos make up a significant portion of YouTube viewership - seven of the top 10 most viewed YouTube videos of all time are music clips from popular artists, while YouTube has also developed YouTube Music to tap into the popularity of music videos on its service. Given the significance of music videos to the platform, it makes sense for the publishers to question whether's they're getting fair value from YouTube for using their content - but what if Facebook could offer them a more lucrative deal on the same?

That could provide a big boost for Facebook's video efforts. Of course, in practice, most of these videos would end up on YouTube anyway - but if the publishers additionally sought to stop YouTube posting new clips entirely, ensuring that they were only hosted on Facebook, that could draw big audiences to Facebook Watch, and away from YouTube, where The Social Network could then monetize them with ads, and promote related Facebook-hosted offerings, building its video service.

Facebook hasn't provided specific details on its rights deals, but it could offer significantly better deals than YouTube in this respect. Facebook, in theory, has similar audience reach, and if the publishers were getting more money from Zuck and Co., they could very well prefer to post exclusives only to The Social Network. Facebook wouldn't really need to make money at all from these clips, as it would be using them more as a vehicle to attract more viewers to its platform, so any revenue it might generate would be immaterial - as opposed to YouTube which already has established processes in place for such.

When you weight it up, this could actually be a very big deal for Facebook, if it progresses as appears to be planned.

And that could also make it a big deal for every other video creator on the platform. More people coming to Facebook Watch means more people who could also be exposed to your content, while it would also facilitate more opportunity for Facebook advertisers to reach these viewers. Again, the benefits could be significant, and while Facebook Watch is still a long way off causing any real problems for YouTube, this may form a key element in a bigger push against the Google-owned video giant.

There's still some way to go here, and the details are not clear. But if music video exclusives start getting posted to Facebook from August 1st, it'll be worth noting the viewer numbers - and whether the same videos are appearing on other platforms.

It may seem small, and the impact on regular Pages and users isn't direct. But this could be a very big deal for Facebook. Worth keeping tabs on how it progresses.