Facebook's experimental NPE -  or 'New Product Experimentation' - team has begun initial testing of its latest project, a video speed dating app called 'Sparked' which will enable users to hold 4-minute video chats with potential matches in order to better decide on their suitability before moving forward. 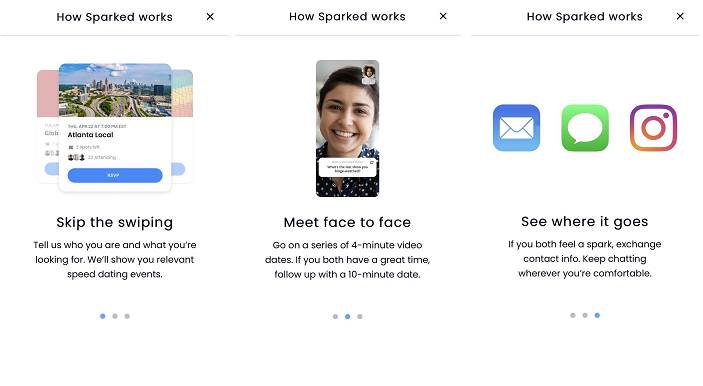 As you can see here, the app aims to 'skip the swiping', removing one of the more impersonal elements of modern dating, in order to provide more specific matches based on your noted traits. You then have the option to hold short video chats with potential matches, followed by a longer video chat to assess suitability, before taking things further on your own accord.

As reported by The Verge, Sparked highlights its key features as being "no public profiles, no swiping, no DMs" within a dating app that's free to use, again looking to differentiate itself from Tinder and other popular dating platforms. Facebook has confirmed that the app is currently in a small beta test at present. There's no plan for a broader roll-out, as such, at this stage.

Dating is an interesting element for Facebook to explore, especially considering all the data that it has on people's interests, habits, hobbies, etc. It's not clear how connected Sparked would be to your regular Facebook presence, but with that depth of information, Facebook could theoretically provide you with more suitable matches than any other app, which could, if that's how it works, make Sparked a helpful, valuable tool for those looking for relationships.

Sparked is also looking to put increased emphasis on kindness within the process, with user responses to this question vetted by Facebook's team before approval. 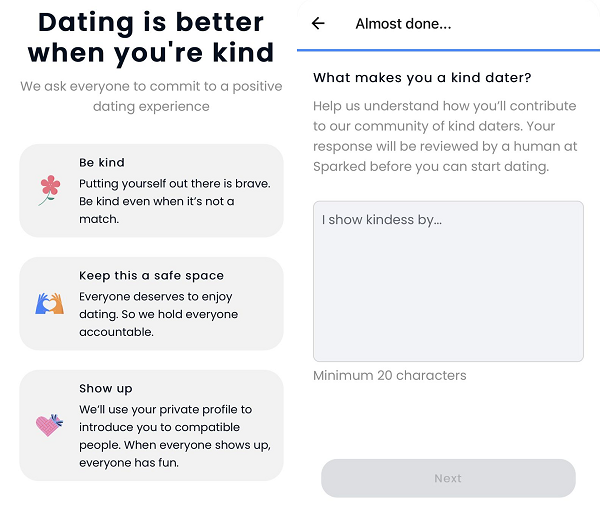 It could be something, it could be nothing, but it's another interesting indicator of where Facebook is looking in terms of functionality trends.

The remit of Facebook's NPE team is to essentially throw ideas at a wall and see if anything sticks. That means launching a range of apps, then using the learnings from their usage to apply either to the ongoing focus on that project, or within Facebook's other products. So it's not isolated to these apps seeing success in themselves - various functions could end up merging into, say, Instagram Reels or Facebook Stories instead.

Or maybe, in this case, Facebook Dating, which is still in the process of being rolled out to all regions. Video calling has become a much bigger focus over the past year, with the pandemic forcing people to find alternate ways to connect, which has had a major impact on the dating scene. Video connection like this could also provide a safer alternative to in-person meet-ups, which could provide even more assurance and comfort in the process.

It seems like a good addition to Facebook Dating - but whether it needs its own app is another query, which the project, I assume will answer.

Either way, the fourteenth app experiment from NPE will provide new learnings, as Facebook continues to test out every new trend and user interest, with a view to staying a step ahead of the competition on the next big thing.