So how much does Facebook know about you, and what can they actually use that data for?

Despite the recent revelations linked to Facebook data misuse by political activist group Cambridge Analytica, this still feels like a pressing question – while we know that Cambridge Analytica used our data unwittingly, most users remain unaware of exactly how that process works, and what they might be able to do to stop it.

Indeed, many users simply haven’t bothered to try – Facebook has reported several times that they’ve seen no change in user behavior as a result of the CA findings, despite the flood of media coverage and the implementation of a range of new measures to reassure them.

So what, exactly, can Facebook glean from our usage of the platform, and how can that be utilized?

Interestingly, coming so close to the CA scandal, Facebook has this week outlined three new projects which rely on user data to provide insights for crisis relief efforts. And while the aim of such initiatives is positive – helping rescuers and government groups get a better understanding of the scale of operations required – it may still raise concerns amongst users as to how, exactly, they’re being tracked, and what Facebook has on them.

The first project relates to cellular network coverage in the wake of a disaster – as explained by Facebook:

“When people use the Facebook mobile application with Location Services turned on, we collect data on which towers are providing the connection and where the device is located. This location data does not connect the device to a person’s name or any other identifying information. For each cell tower in the disaster-affected region, we estimate the size of the coverage area based on the locations of devices that have connected with it.”

Note the ‘no identifying information’ disclaimer.

Essentially, the aim of the project is to provide a more accurate picture of the scope of cellular coverage in a disaster-hit region by measuring via Facebook connections.

For example, here’s a regular cellular map, where a disaster is not present. 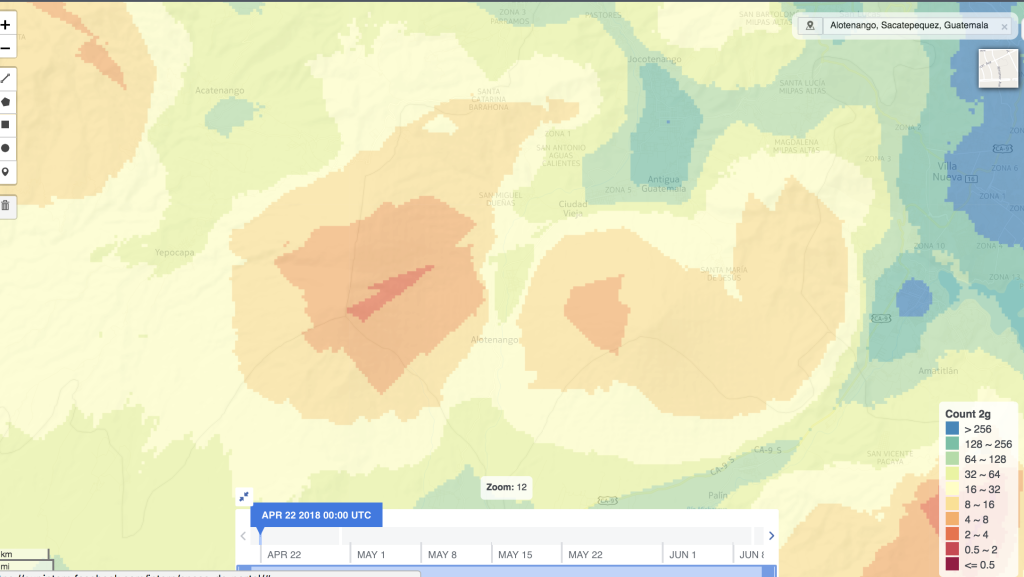 Here’s the same region’s cellular map after a volcanic eruption in the are. 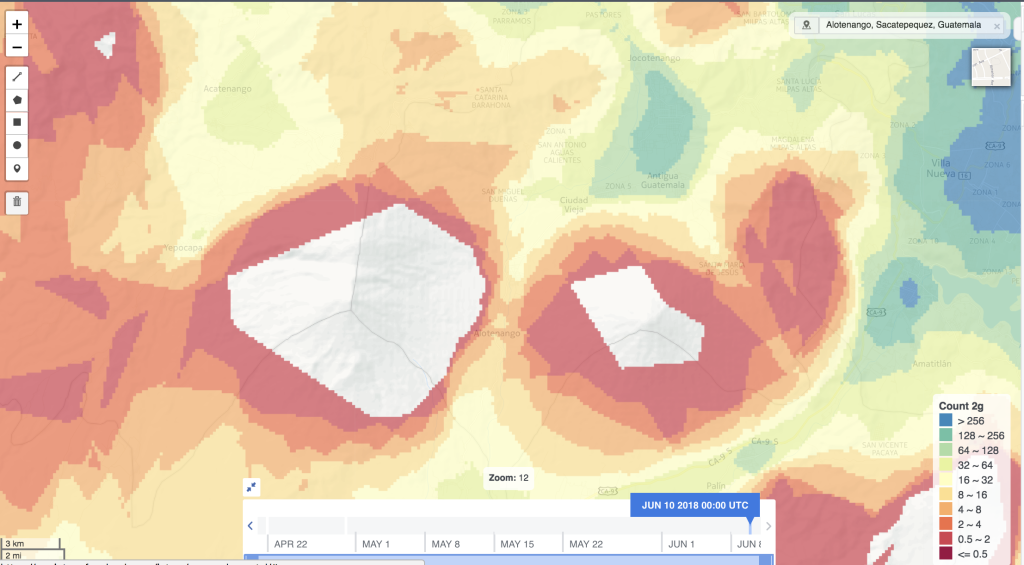 The technology has many practical uses, helping emergency services to better focus their efforts. But again, many people wouldn’t realize how significant Facebook’s movement tracking in this regard is, and how many users actually do have Location Services on.

Facebook’s also working on a similar project for electricity outages by measuring the number of people charging their phones in an affected area: 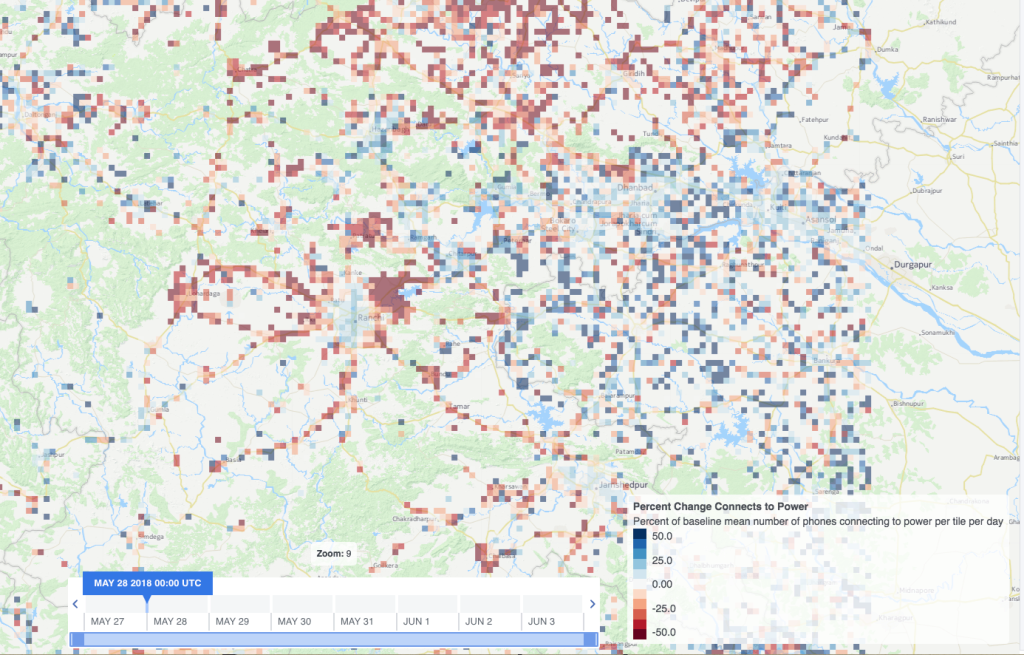 And the last initiative is a ‘displacement map’, which tracks changes in population in certain regions as a result of a disaster. 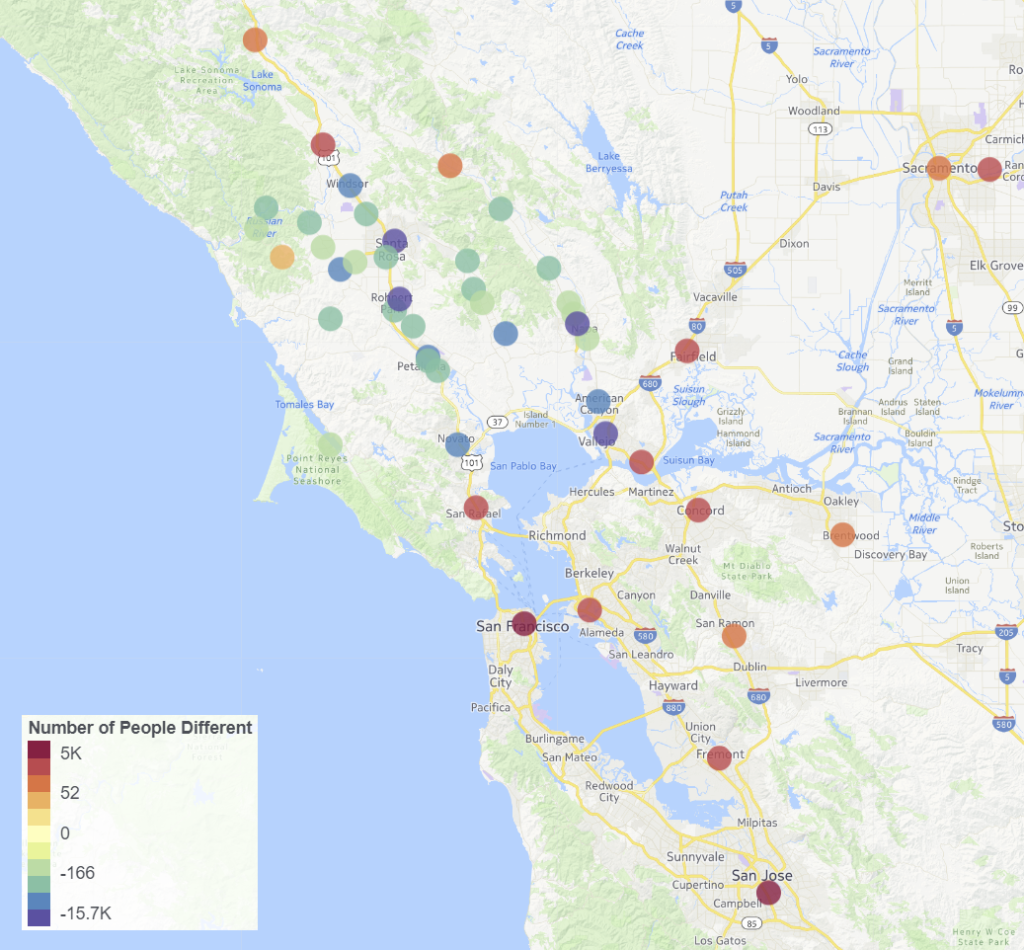 “We focus on the population of people who were in the disaster-affected area during the five weeks before the disaster, and who were present in their most commonly occurring city or their “home city” during the week before the disaster. For this group of people, we then identify their most common city each week - their “current city” - in the months after the disaster and aggregate that information at the city-level, only including cities with a sufficient number of people in the data set to be statistically meaningful.”

Again, these are all positive projects with significant benefits. But did you know that Facebook gathers so much data, all the time – enough to accurately track such shifts among populations?

The data insights further underline just how much insight Facebook has, and while that can be used for benefit, as we've seen with Cambridge Analytica, it can also be used against people, influencing their actions and capitalizing on their existing biases.

Is that a good thing? Is it good for society more broadly that a single platform can have so much data?

This is the key question that law makers and government officials are now trying to weigh up, but the problem is, big data is everywhere. There are various ways that businesses can track you and your habits, and that data can all be used against you, in the hands of the wrong people.

Will that eventually be more helpful or harmful for society? No one knows – no one’s ever had access to this amount of data before. And it’s an important question, but one which, unfortunately, likely won’t be answered until it’s too late.