Facebook has published the latest version of its State of Small Business Report, which looks at how COVID-19, and the related mitigation efforts, are impacting SMBs around the world.

The data, which Facebook has been tracking since July last year, incorporates responses from more than 30,000 small business owners across 50 countries, and highlights the key concerns and challenges they face as each seeks to maintain its operations.

The insight is valuable for virtually every organization, as the flow-on effects from SMBs will relate to spending in almost all aspects of the economy, and will influence market spend and focus moving forward.

"Impacts on SMBs can have wider ramifications for the macroeconomy: on average, SMBs account for 75% of employment in sectors directly affected by lockdown measures across OECD member countries."

That makes this an essential, influential consideration.

You can download the full, Global State of Small Business update here, but in this post, we'll look at some of the key data points and charts.

First off, on overall operating impacts - Facebook says that 24% of the SMBs surveyed reported that they were closed in February 2021, which is up from 16% of business closures in October 2020. 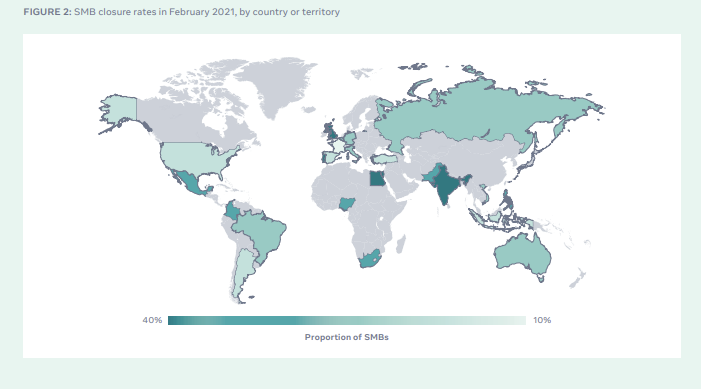 As you can see here, European SMBs were among the hardest hit, which coincides with strict lockdown measures in various EU nations.

"Closures also rose in the US, from 14% in October to 22% in February. Only 54% of SMBs were confident in their ability to continue operating for at least 6 months if current circumstances persist, with a higher percentage (68%) among SMBs in the US." 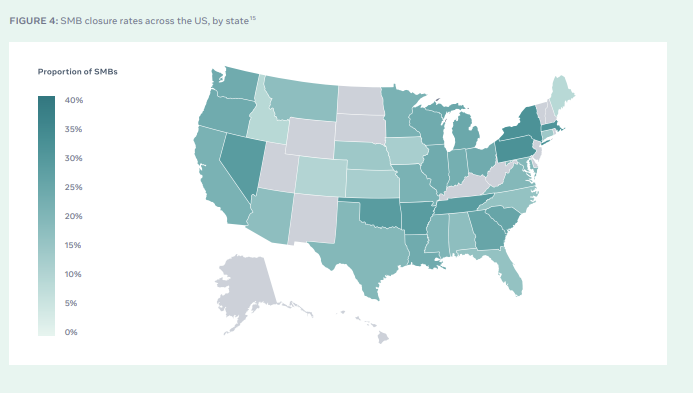 While the vaccine roll-out is now underway, and seemingly, there's now an end in sight for the pandemic, the full economic impacts will be far-reaching. And as underlined by these numbers, the extended effects are still causing flow-on disruption, and financial strain, in many regions.

Of those that are still open, over half of still-operating SMBs reported a decline in sales in January 2021, in comparison to the same period last year. And in response, 30% of SMBs - and 27% of US SMBs - have reduced their staffing levels. 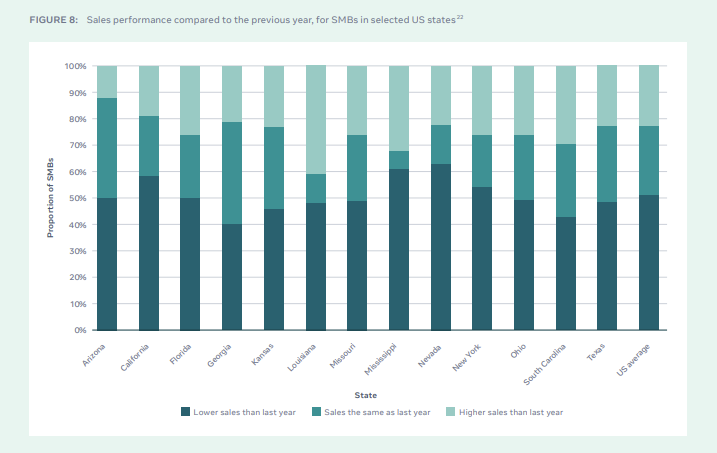 Again, the extended impacts of this will flow through to virtually all businesses, as fewer people with available money to spend means less transactional activity across all sectors. It's difficult to fully outline or predict how that will impact individual sectors, but the pain of COVID-19 will be felt for some time, even after the majority of vaccines have been administered.

Facebook also notes that women and minority-lead businesses have been hit especially hard by the pandemic. 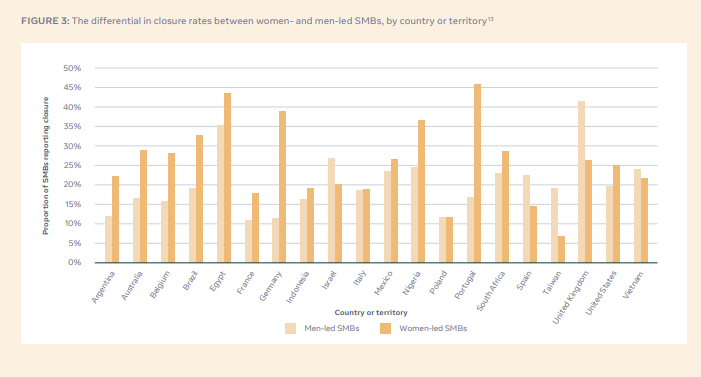 Minority-led SMBs in the US, meanwhile, were 9 percentage points more likely to have been closed, with 27% closed compared to 18% of other SMBs.

The stats underline the need for dedicated measures to assist women and minority lead businesses, which is why Facebook, and other social platforms have launched a range of initiatives on these fronts. The numbers show that we, as a community, need to support these groups specifically, and anything that can be done to promote women-owned and minority-lead businesses is a worthy push.

"Of these, processes for interacting with customers were the most commonly reported change, at 33% globally and 46% in the US. Over one quarter of SMBs (26%) also reported that they had changed their utilization of online tools."

With the lockdowns forcing most stores to close, at least for some period of time, adoption of digital alternatives has been a must, and this chart shows where SMBs are seeing the most benefit, and focus, for digital adoption, including social media marketing.

There's a heap more insight in the full report, which you can download here. As noted, this is critical insight, given the flow-on impacts of the sector, and how it relates to the broader economy. It pays to understand these shifts, and to see where things are headed among SMBs.