Facebook's Coming Projects Will Make It a Bigger Part of Our Daily Lives - Is That a Good Thing?

It seems a little strange that in a time where more questions are being raised about Facebook’s impact on the world, and how it uses people’s personal data insights to essentially amplify their fears and concerns, in order to drive engagement, that the company is also proposing that we incorporate more Facebook into more aspects of our daily life, with a view to a better future.

That, on the surface, doesn’t seem like the most logical connection, but that’s where we’re at, with new images being shared of Facebook’s coming smartwatch project, which will technically be a Meta project, not Facebook. If that makes much difference.

As you can see in this image, which was located in the back-end code of Facebook’s ‘View’ app for its Ray Ban Stories smartglasses, Facebook’s smartwatch will look very much like an Apple Watch, with the addition of a front-facing camera on the main screen.

As described by Bloomberg:

“The photo shows a watch with a screen and casing that’s slightly curved at the edges. The front-facing camera - similar to what you’d see on a smartphone - appears at the bottom of the display, and there’s a control button for the watch on the right side.”

That aligns with previous descriptions of Facebook’s smartwatch, with The Verge reporting back in June that the device will include two cameras, and will enable users to detach the watch face in order to take pictures and videos on the go.

"A camera on the front of the watch display exists primarily for video calling, while a 1080p, auto-focus camera on the back can be used for capturing footage when detached from the stainless steel frame on the wrist.”

The image here and the description match up, while the project is also expected to incorporate Facebook’s evolving research into translating muscle movements from your wrist as a control tool in digital environments.

Which Meta CEO Mark Zuckerberg was keen to show off in his Connect presentation this week.

Which seems all good, all interesting, and definitely a less intrusive control device will be needed to maximize usage of the company’s coming AR and VR tools, because people won’t want to be slipping on VR gloves every time they want to do one of these things.

But again, there’s a question over whether Facebook – or Meta – should be trusted in this respect, and that we should believe that the company has learned its lessons from past mistakes that will enable it to host a far more immersive, and in that respect, far more harmful experience for users within this new digital plain.

Because while Facebook’s technological advances and presentations look great, and if it’s able to fulfill even most of the promise that it’s shown, that will definitely pique a lot of interest. Even so, as highlighted in the recent ‘Facebook Files’ disclosures, Facebook has major flaws in its systems, intentionally created or not, which will only be even more dangerous when they take up even more of your attention and mental space.

Take, for example, the report that Instagram is harmful for young girls – you’d have to imagine those harms would be amplified in a fully immersive social space. Of course, Meta will try to re-angle this by promoting the use of avatars instead of your real image, which will lessen the personal impacts of such process. But will it? People can still be targeted for different reasons, outside of physical traits, and if that’s happening in what is envisaged to become your key social space, that’ll have to have a more significant effect.

Part of the concern in this respect is Facebook's enduring ‘glass half full’ perspective on its tools, which tech journalist Kara Swisher highlighted in an interview with Intelligencer earlier this week:

“When they were debuting Facebook Live, I had a million questions about abuse. And they were like, “What are you talking about?” It was so typical. It wasn’t [Zuckerberg], but it was his people - people who were like him who just reflect him. They were like, “You’re such a bummer, Kara.” And I’m like, “Okay, I’m a bummer, I guess, but I think someone’s going to kill someone on this thing and broadcast it.” And it didn’t take long before there was a mass murder on it. The idea of consequences seems to escape them almost entirely because most of them have never had an unsafe day in their lives.”

This is typical of most of the company’s projects, with Facebook’s team looking to the amazing benefits, while often missing the potential harms and impacts that could also come as a result.

Zuckerberg himself reflected the same in a speech to Georgetown in 2019, in which he discussed the company’s approach to political expression, with respect to its decision not to remove comments made by political leaders.

“I don’t think we need to lose our freedom of expression to realize how important it is. I think people understand and appreciate the voice they have now. At some fundamental level, I think most people believe in their fellow people too.”

Despite years of issues with hate speech, abuse and misinformation, Zuckerberg still holds firm to this overarching belief, that people are fundamentally good, and therefore giving them more tools to connect can only also be a good thing.

Which we know is not universally the case, and that there does need to be guard rails and measures to limit misuse, in order to stop people from manipulating such systems. Which Facebook has been building over time, and may now be in a position to implement more effectively within the evolving metaverse space. But I wouldn’t bet on it, and I don’t know that I’d trust in Zuck and Co. to have thought through the full repercussions of more immersive engagement, given the platform’s history.

But that was Facebook, this is Meta. Right? The two are different, with the Meta branding opening up a new approach.

And now Facebook wants to be in your home, on your wrist, and overlaid onto your real-world perspective, and even becoming your whole interactive space, encapsulating more of your day-to-day experience, in more and more ways.

It looks great, and Zuckerberg’s presentation of the future of connection looks like it has huge potential. But is Facebook really ready to facilitate this next step? 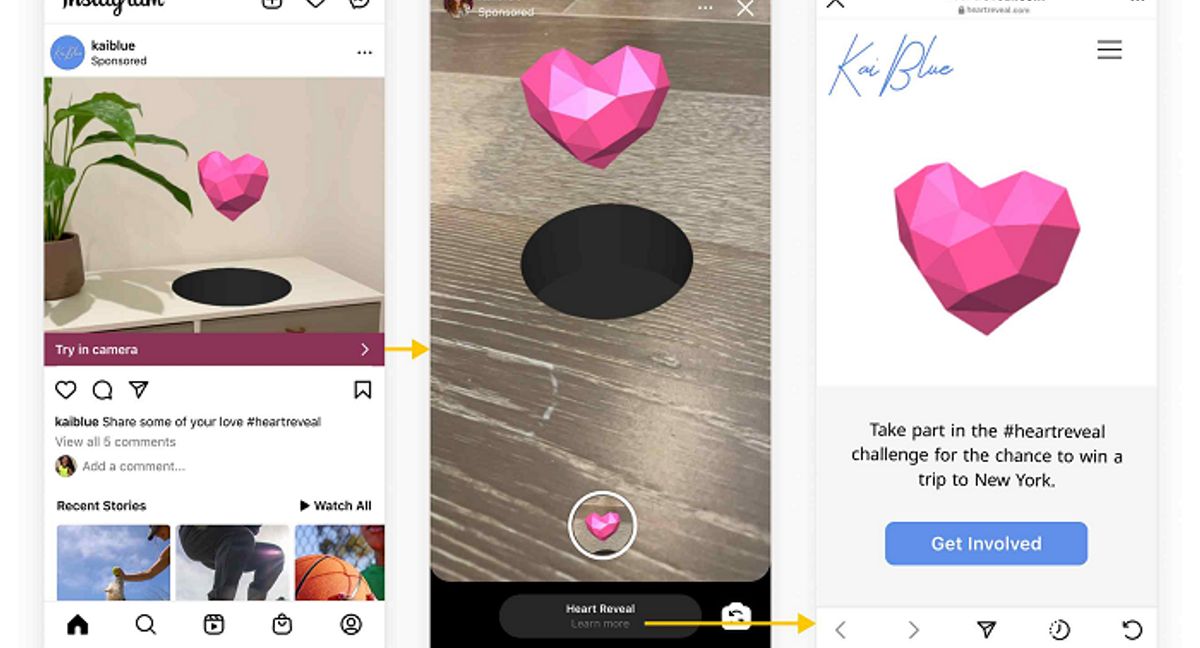