One of the most annoying aspects of Facebook is the red dot - the little prompt which alerts you to a new message, a new group update, a new video in Facebook Watch (which you likely have no actual interest in).

Facebook has been using the compulsion of the red dot to foster engagement for years - but this week, some users are seeing a new set of options which enable you to easily switch off various in-app notifications, and lessen your FOMO anxiety within a couple of simple steps.

As you can see in this example (posted by social media expert Matt Navarra), Facebook is trying out some new, simple toggles to clear all your notifications, and mute push updates for whenever you choose. You've always been able to do both, but it's required a lot more clicking around and customizing each element.

But here's the bigger update:

No more red dots. As you can see here, this option would give you the capacity to remove almost all the various red dot notifications, eliminating them from your feed - and your consciousness.

Facebook has confirmed to TechCrunch that these updates are currently being tested with a selected group of users.

TechCrunch reports that the feature is likely to see a broader roll-out - unless it results in a significant reduction in on-platform engagement.

So, no more red dots. If they're resulting in irritation, you could just switch them off entirely, eliminating them from your feed.

Definitely, Facebook can be a little overzealous in prompting you to look at certain elements, with the red notification popping up and demanding your attention for even the smallest things.

Case in point - this week I got this e-mail notification from Facebook: 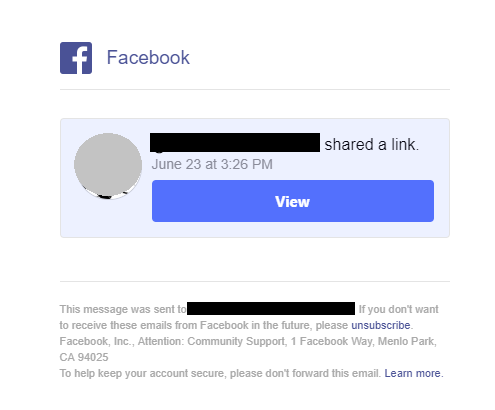 Facebook obviously needs users to keep coming back to Facebook, and to keep 'doing the things' on the network. And if recent reports are anything to go by, people are spending less and less time in app, so Facebook may need these triggers more than ever before. That could mean that the red dots are only going to get more annoying.

But soon, you should be able to turn them off. Most people probably won't (research shows that most people don't customize their settings, regardless of the compelling reasons for doing so), which may be what Facebook's banking on.

For those who find such prompts really annoying, you'll have an option - but as most won't bother, Facebook will be able to keep pumping out the same. And for those who aren't as annoyed by them, it may help boost engagement.