Facebook's always changing, The Social Network is always testing out new tools and options designed to capitalize on usage trends and maximize engagement. Some of those end up being major shifts, but others are smaller, little additions that might not be game-changing, but do add something to the user experience.

And with the end of the year approaching, Facebook looks to be pushing its testing of various smaller features, including new additions for Messenger, Facebook Watch and Instagram.

Here's a collection of smaller tests spotted by Facebook observers this week.

Facebook code sleuth Jane Manchun Wong - the best at working out coming Facebook features - recently discovered a new addition in Messenger which would add a new 'effects' tab to your composition options. 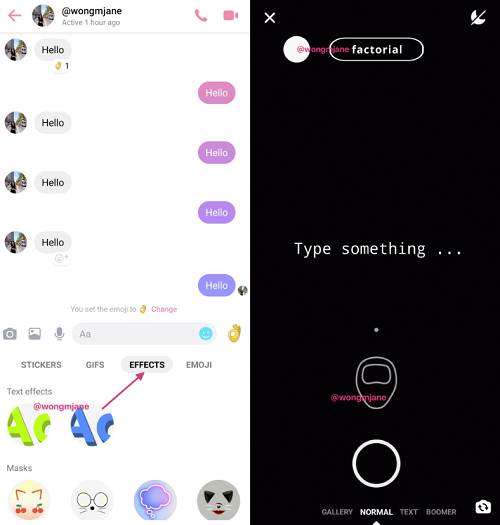 It's not clear yet exactly how those effects work, but it will provide another creative option for your messages. Facebook has been testing this option for a few months, so it could be set for release sometime soon.

Wong has also discovered a new layout Facebook's testing for Messenger Stories, which would appear in the People tab in Messenger's updated layout. 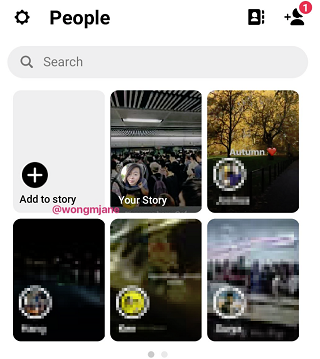 In the new Messenger format - which was designed to streamline and simplify the app - Messenger Stories currently only have a single line on the People page (middle image below). 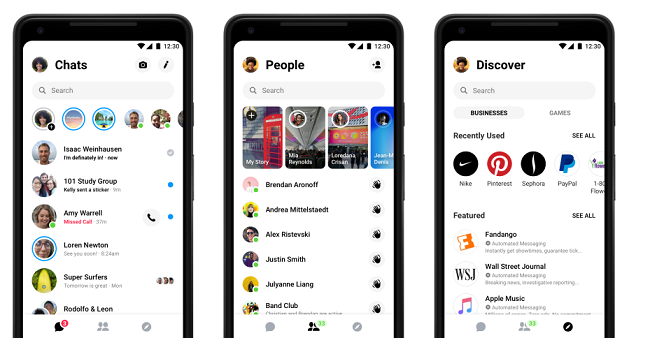 This new, two-line presentation format would give Stories increased emphasis, which moves in line with Facebook's broader moves to promote Stories use.

On Instagram, the much-tested 'quick-reactions' emoji response option is now being made available to all users.

You can now reply to Instagram Stories with ‘Quick Reactions’ (emojis) ???????? pic.twitter.com/tj3MzA8CSE

Some users have had access to this option for some time, as part of Instagram's gradually expanded testing, but it now looks to be coming to all users. The option is similar to Reactions in Facebook's main app, giving you a quick, easy way to share your response to the content.

The show includes viewer voting options, and is something of a testing ground for interactive social TV. Elements of the process have been spotted in testing over the last few months. 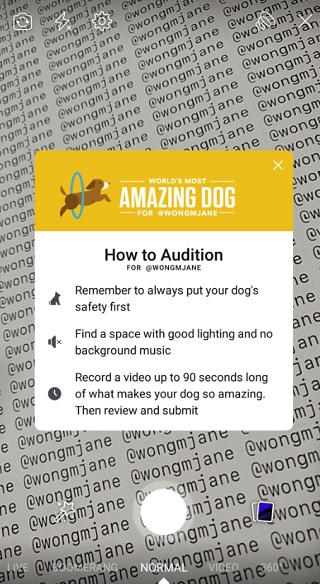 As you can see, you can enter footage of your dog, which can then be included in the show, and voted on by viewers. Facebook's also incorporated charity donations into the process, which looks set to be a hit.

And if it is, you can expect Facebook to roll out more interactive elements for Facebook Watch programs - they've already flagged that viewers will be able to vote people in to its new series of 'The Real World'.

It'll be interesting to see how such tools develop over time.

Not so sure about this one - Facebook's also experimenting with a panel of quick launch buttons along the bottom of your Messenger screen. 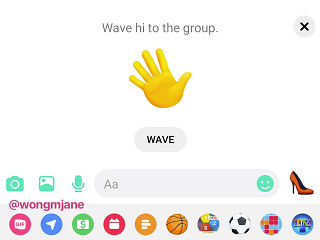 Which seems strange, given that the recently launched Messenger redesign was, as noted above, designed to streamline and 'de-clutter' the app. This seemingly goes against that, and will no doubt lead to a lot of erroneous taps.

It may not ever see release, but interesting to see where Facebook is looking.

And the last new option in testing - though it may have actually been rolled out - is a new way to view Instagram comments by swiping up on a post. 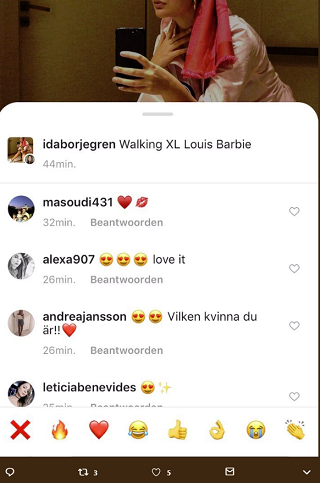 Spotted by user @blvckZe (and shared by social expert Matt Navarra), the new option makes it easier to view post comments while still having the image in view. It's a fairly minor addition, but it makes it a little easier to get more insight into what people are saying.

As noted, these are all relatively small tweaks and changes, but it's interesting to note the various functional elements, and the implications they may have, as well as the aspects that Facebook's looking to enhance with such additions. Some of these have already been launched, others are still in testing - we'll keep you updated as more information on each is released.