Fitting Into the Context of Lives (Instead of Just Content)

It turns out that context matters a lot.

A study by professors at Stanford and Duke found that if people see advertisements for similar products, they will compare the quality of the ads and decide which one is better or worse.

A university of Arizona study found the emotional tenor of television shows influenced how the emotional content of ads shown during the TV show were experienced.

We've all seen ads whose placement undercut their effectiveness. 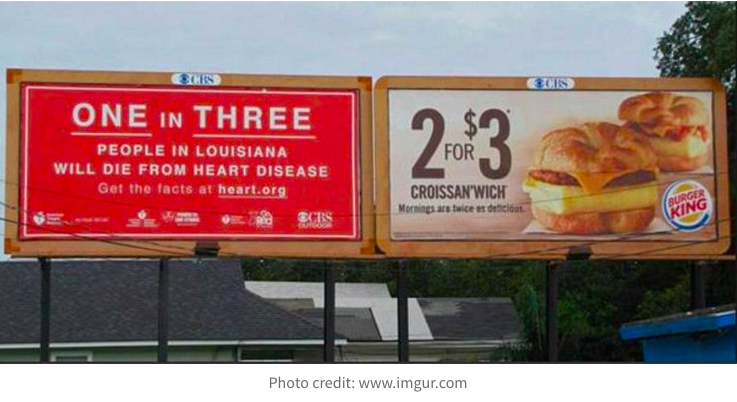 The commercial director at Guardian News & Media, Nick Hewat, has written about how "a contextually relevant environment significantly boosts effectiveness."

Looking at 300 ad campaigns on the Guardian website, Hewat says that when people view brand ads alongside relevant editorial, "they are 10% more likely to pick up new information, nearly 20% more likely to feel more positive about the advertiser and, crucially, 23% more likely to think that the ad is relevant to them."

This is meaningful for publishers, who can control ad placement among their offerings. But social media targets people for ads, not specific context. Indeed, the stream is a contextually complicated place; it's different for everyone each time they open up a social media platform.

It turns out that that digital advertising can go a step farther than print media or television: It can place an ad in the context of people's lives.

"By improving the creative delivered via mobile and personalizing advertising experiences based on the time, place and location of mobile users, we can go beyond reaching the intended audiences but also better engage with them. It's about having the right insight and using it well," writes Christophe Collet on Marketing Tech.

One example: L'Oreal wanted to advertise to people who traveled from Brazil to Miami, and they wanted their ad to appear when the Brazilians were still in the Miami airport. Turns out: that is doable. And it was very effective.

Google AdSense has a capacity for contextual advertising, wherein ads "are selected and served by automated systems based on the identity of the user and the content displayed."

Thinking creatively about how to fit your content into the context of people's lives is a next level strategy for purpose-driven organizations.

The implications of context and human behavior are startling. Remember the study that found that court rulings depend partly on when the judge last had a snack?

What if you could time your messaging to when a person was feeling more hopeful? Or most connected to shared humanity? Or most angry about injustice? Digital advertising has the capacity to allow you to learn enough about your audience that soon you might be able to match your messaging to the flow of your audience's emotional lives.

This post originally appeared on the Ignite Digital blog.