From Vague to Clear: Showing Your Organization's Commitment to Diversity 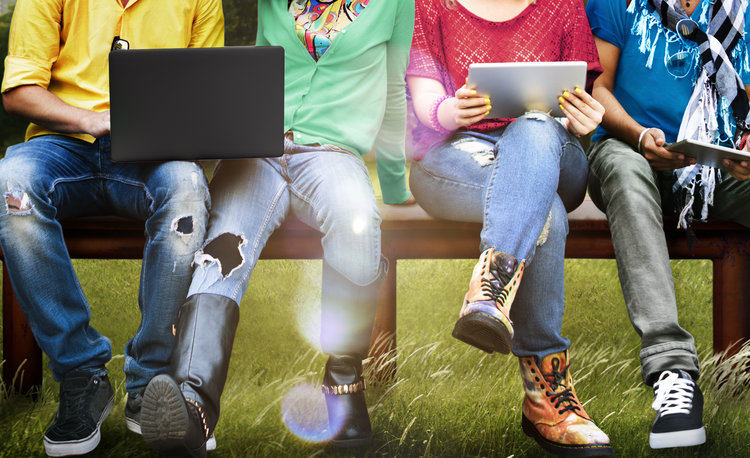 In the mid-'90s, Subaru began printing advertisements that courted a more diverse customer base. After marketing research showed that the car manufacturer's vehicles were popular among lesbians, Subaru's ads began to feature subtle signals that showed the company's efforts at diversity.

A trend toward increased diversity, inclusive of many communities, is becoming more and more common among big brands: 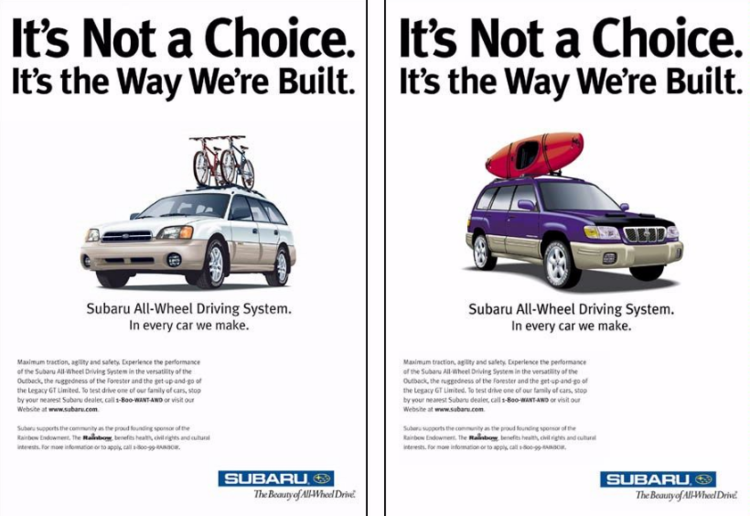 "What's often forgotten is that Subaru actively decided to cultivate its image as a car for lesbians," wrote Alex Mayyasi at The Atlantic. "And it did so at a time when few companies would embrace or even acknowledge their gay customers."

Two decades after Subaru portrayed their cars with license plates like "XENA LVR," many national brands still endeavor to be inclusive and representative of our a wider audience set. Last year, BabyCenter and YouGov released a marketing report that found that four out of five parents respond favorably to portrayals of diverse families in advertising. Perhaps more important for engagement, two out of three survey respondents said that "a brand that respects all types of families is an important factor in their purchasing decisions." The takeaway, via AdWeek? "Parents applaud (and reward) brands that reflect reality."

There's a takeaway for nonprofits and purpose-driven organizations, too: Your ability to engage with the world depends on your ability to see, and respect, just how diverse the people around you are.

Know your audience. All of it.

"Black America doesn't need advertising as much as advertising needs Black America," wrote Rochelle Newman-Carrasco in AdAge. "The same holds true for Latinos, Asians, Muslims, the LGBTQ community, and the list goes on."

From the largest corporations to the smallest nonprofits, the ability of any organization to do its job well requires that it recognize its audience as multi-faceted. Your potential supporters include people that identify differently from each other and yet share goals. In order to work effectively with a diverse audience - to learn from them, earn their trust, and carefully steward their support - you must get to know them for the individuals they are.

"Organizations should aspire to engage all community members, regardless of their racial, ethnic, or socioeconomic backgrounds, and provide a platform for their recognition," writes Sara Woldt at npENGAGE. Woldt encourages nonprofits to "get involved in civic and cultural issues" and "eliminating barriers to participation" in order to be more inclusive. That means acting on your empathy: What sorts of hurdles might prevent people from supporting your cause? How can you work with them to pave a path toward collaboration?

Show your commitment to diversity

"Most nonprofits tout diversity in their staff and their actions as though achieving full-fledged diversity were a high honor," writes Jennifer Schaupp at TopNonprofits. "But how many prioritize diversity, making it a reality for most nonprofits?" Moreover, how many show their internal commitment to diversity to the outside world? How many incorporate their efforts to embrace diversity into their messaging?

Subaru's print ads that addressed lesbians were referred to as "gay vague," a phrase also applied to Volkswagen's "Da, Da, Da" campaign. One Volkswagen commercial "features two young men who pick up and then discard a chair they find on the curbside," according to an issue of The Advocate magazine. "Gay viewers mostly see the pair as a couple, while straight viewers are more likely to think of the pair as just roommates."

Twenty years on, "gay vague" is an approach that many organizations will leave behind. "Young Americans across the board value diversity and organizations or brands that explicitly affirm their acceptance of diversity," a marketing professor at Columbia University told AdAge. While that value doesn't necessarily translate into direct financial support, the same story mentions a successful effort from a few big companies to protest legislation in Arizona that would have allowed some businesses to discriminate against customers on religious grounds.

Ideally, no organization should feel the need to be "vague" about diversity. Still, efforts like those from Volkswagen and Subaru showed paths forward for many companies that might have otherwise felt constrained. If younger generations increasingly champion diversity, then there's space to build on diverse messaging efforts (such as these, highlighted by the Huffington Post and The Guardian).

And here's the bottom line: Vague or not, your audience can't know your organization's commitment to diversity if you don't show it. Identity is a construct, and each person reveals identity differently. Show your openness. If you use stock photos, then remember that the world isn't populated by a single ethnic or gender identity. Remember when you write that you address a group of people who have different pronoun preferences. Ask yourself how your cause can benefit people who are different from you. Expose yourself to different perspectives, to thoughtful commentary and ideas about race, gender, identity and more. (Ever listen to NPR's Code Switch?) And remember a lesson from one of the first songs you may have heard: the more we get together, the happier we'll be.