Google has announced that it will now include more detail within its 'Why this ad?' transparency listings, while it's also planning to phase out third-party cookies in Chrome as it works to improve its data protection measures.

First off, on its ad-specific listings - on every Google ad, users are able to tap on an icon within the ad to get more context as to who the advertiser is and why the ad has been shown to them.

Here's an example in a search ad - tap on the drop-down arrow alongside the top URL and you'll see the 'Why this ad?' option.

Tap on that and you'll see more information about that specific advertiser: 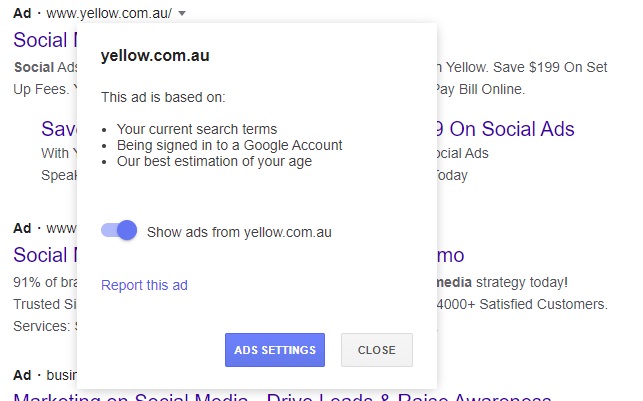 Google has provided this additional ad context for some time, but now, it's updating the 'Why This Ad?' listings with extra information.

"Over the next few months, we’ll be making improvements to the experience with a new feature called About this ad, which will also show users the verified name of the advertiser behind each ad. About this ad will initially be available for display ads purchased through Google Ads and Display & Video 360, and we’ll bring it to other ad surfaces throughout 2021."

It's somewhat similar to Facebook's advanced ad listings, and with a bigger push towards increased transparency in digital advertising, it makes sense for Google to provide more context, and easier tools to help users control their ad data and targeting.

That is, of course, if they use such - but then again, Google additionally notes that there are over 15 million user interactions per day with its 'Why this ad?' listings. It could be a valuable addition to your Google experience.

In addition to this, Google's also launching a new tool that will provide users with more information about all the ads they see online, with a new Chrome extension called 'Ads Transparency Spotlight' (currently in beta testing). 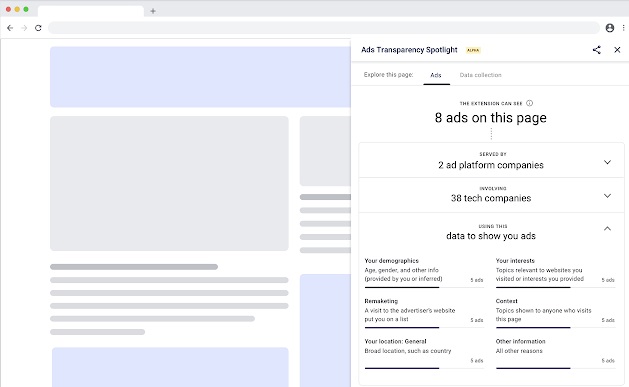 As you can see here, the full vision is for the extension to provide transparency over all the ads being run on any website, including information on targeting, data access, etc. At present, the extension only shows ads purchased through Google Ads which have implemented the Ad Disclosure Schema, but Google says that it's hoping to have the schema adopted by all advertisers, further improving transparency.

And lastly, Google's also updating its ad APIs in order to make its data tracking processes more privacy-friendly. Which, eventually, could eliminate the need for third-party cookies:

"Once these approaches have addressed the needs of users, publishers and advertisers, Chrome plans to phase out support for third-party cookies. These proposals are being actively discussed in forums like the W3C. Our ads team is actively contributing to this dialog - as we encourage any interested party to do - and we expect to incorporate the new solutions into our products in the years ahead."

The use of third party cookie tracking has become problematic due to the hidden nature of such processes. Google's looking to enable more oversight and control, which would mean that, at some stage, back-end data tracing wouldn't be necessary, improving transparency and efficiency.

Of course, this is still in development, and Google has some work ahead of it to facilitate full data tracking without cookies, but the approach is in alignment with the broader industry shift towards increased consumer understanding of how their data is used - and ideally, providing more choice on such, facilitating a better digital ads experience.