How AI is Helping to Reduce Waste in Digital Advertising

According to Chartbeat analytics, two out of three clicks on native advertising bounces in 15 seconds or less. From Facebook to Outbrain, it costs three times the cost of a click for a content marketer to get any meaningful engagement with their work.

According to that same study, users who spend 15 seconds or more on a webpage will read 80% of the content or more.

John Wanamaker, known as the father of advertising, famously said:

“Half the money I spend on advertising is wasted; the trouble is I don’t know which half.”

In this case, it’s two-thirds.

With native advertising spend projected to surpass $85.5 billion globally by 2020 (according to Adyoulike) this is a critical concern - this means that $57 billion of this will be from users that engage with less than 80% of the content. Saving calls to action for the end of the blog post or video? That might not be the best idea knowing the above.

It’s even worse for those content marketers paying on an impression-based (CPM) scheme. According to Nectar, 91% of total ad spend is viewed for less than a second. That means, last year alone in the US, $38 billion was wasted on CPMs.

Marketers are getting tired of digital paid media waste

Proctor & Gamble cut $200 million from its digital ad spend in the last 12 months, citing brand safety, fraud and waste as the primary reasons. Ironically, its reach was shown to have grown by 10% after the cut.

It's not the only brand making moves either, as others follow suit.

That said, digital paid media is growing by double digits year-over-year, and is projected to do so until 2022, according to eMarketer. This means that P&G’s level of frustration isn’t necessarily felt by most of the marketplace - however, this doesn’t change the fact that’s there’s plenty of waste in programmatic advertising.

There must be a better way (AI to the rescue)

Artificial intelligence isn’t some monolithic technology that can cure all woes. As a matter of fact, many marketing and ad tech companies already use some form of AI, but they don’t really use it to provide much value.

For example, AI embedded in a programmatic technology solution which bases its rates on clicks and impressions may have slightly better targeting and real-time bidding, but it'll still produce most of the same waste mentioned above.

AI and machine learning works best when it has access to very large quantities of data - the bigger the database, the more, and faster, it can learn.

P&G and the other brands which have followed suit in budget cutting could have cured their ails with this technology - it eliminates waste by not charging per impression or click, but rather by engagement of 15 seconds or more. That means that they would only pay for content that was consumed, on average, at least 80%.

This model doesn’t just eliminate waste, it eliminates fraud and brand safety concerns, too, by reducing the importance of the impression and click in favor of engagement.

inPowered was the first native advertising company to introduce CPE, however just this week it introduced its new dCPE model for the first time. The technology continually reduces CPEs over time, then reinvests the savings into even more engagement. 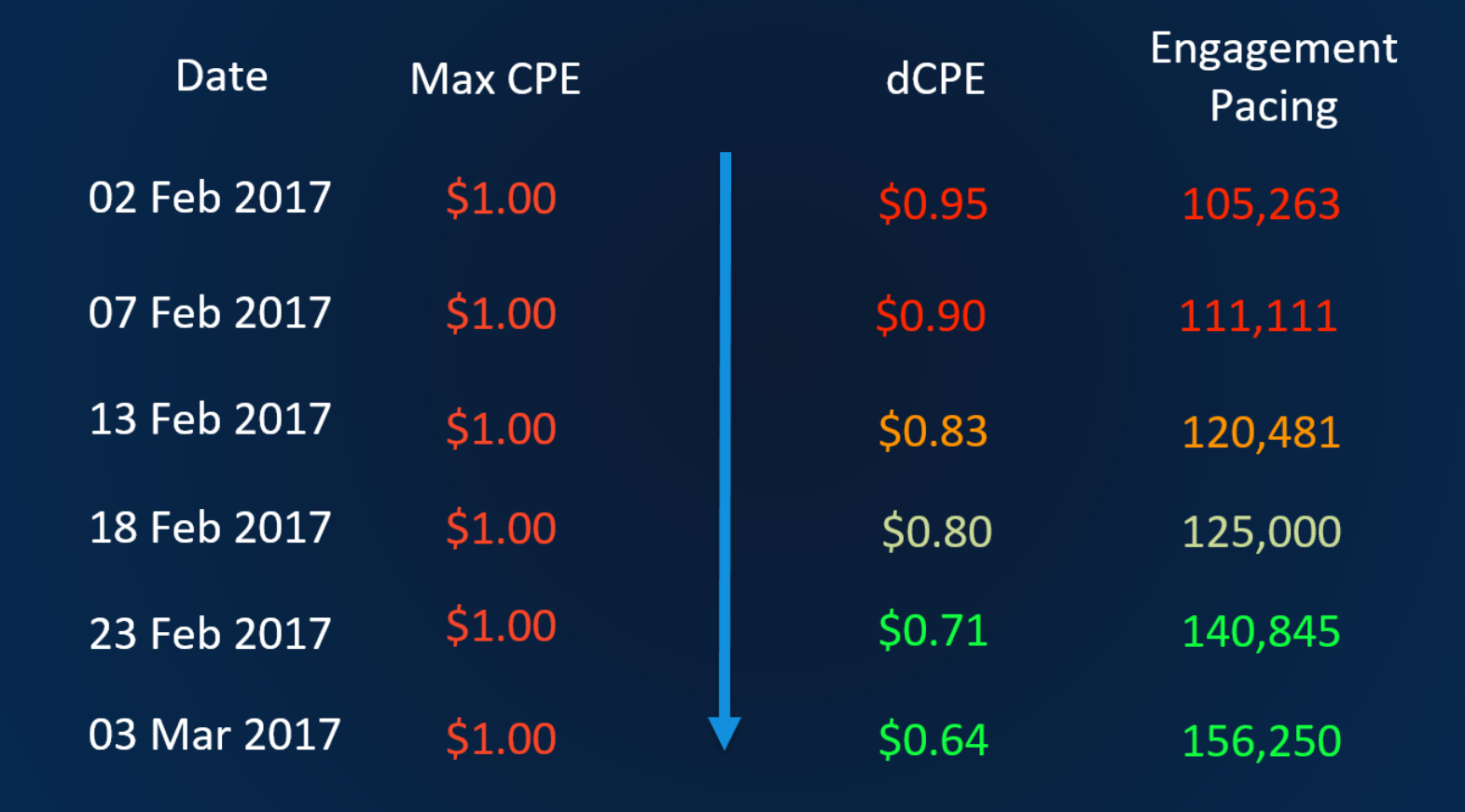 It’s able to achieve this where others can’t because inPowered taps into over 35 native and social channels to distribute content at scale. The amount of big data collected by its AI technology are multiples greater than using just one network like Facebook or Taboola.

As previously mentioned, the more data fed to AI technology the better and faster it learns, thus allowing for the world’s first dynamically priced CPE.