Instagram has announced the addition of a much-requested option – the capability to delete individual posts from within a previously uploaded carousel.

As explained by Instagram chief Adam Mosseri, now, after you’ve uploaded a carousel of images and/or videos, you’ll be able to remove specific posts from that series by tapping on the three dots menu, selecting ‘Edit’, then tapping on the small trash icon in the top left of the image/video that you want to remove. 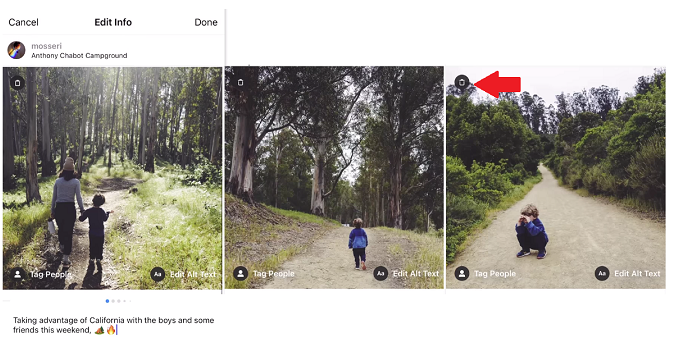 The option will provide more capacity to manage your Instagram posts, while also ensuring that you don’t have to delete and re-upload a carousel set if you later notice an error or issue with one frame.

Carousels have become one of the most popular post formats in the app, with a recent study by Mention/Hubspot finding that Carousel posts have overtaken both single image and video updates as the most engaging type of post. The capacity to build more context into your updates by adding more frames also makes this a particularly valuable format for brands – and now, you’ll have more ways to manage your carousel posts, which, if you ever need it, will be a very handy option.

As Mosseri also notes, Instagram has additionally added a new ‘rage shake’ feature, which will see a new issue report prompt activated if you shake your phone when Instagram is active.

Other apps have similar ‘shake to report’ functions, including Facebook, making it easier to share technical issues or glitches quickly, and in response to what may be a reflex action in some cases.

Then again, if you find yourself violently shaking your device in response to an issue with an app, it might be time to take a break from social media for a bit. Checking in on the latest memes is not that important.

The option to delete a single post from a carousel is now available on iOS, with Android coming soon, while ‘rage shake’ is only available in the US at this stage.