This may be news to you, or you may have already noticed the change in-app, but this week, as first reported by BuzzFeed News, Instagram has confirmed that it's removing its 'Following' tab in the app, which provided a listing of friend activity, enabling users to see what content their connections had engaged with. 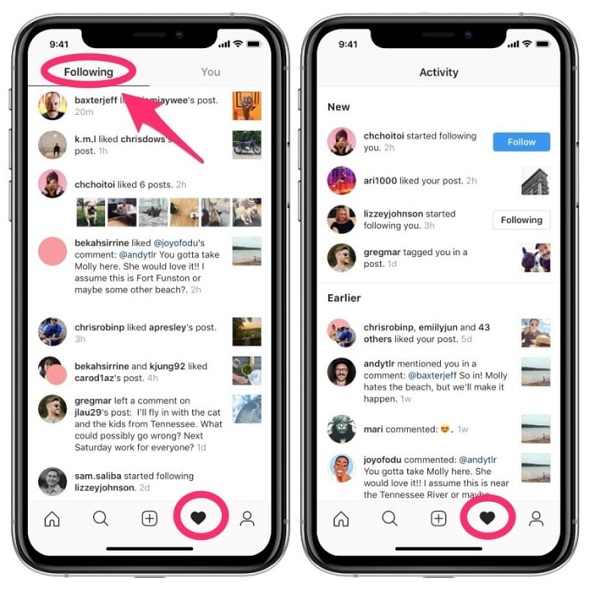 As explained by BuzzFeed News:

"Instagram launched its “Following” tab as an early feature back in 2011, long before its Explore tab debuted. At the time, Following was the best way to discover new content, since it would show you things your friends were liking. But that’s no longer true now that Explore has established itself as the primary means of discovering new stuff on Instagram."

So, in many ways, the 'Following' tab is somewhat obsolete anyway. In addition to this, Instagram says that few people have been using it, and many may not even be aware that the tab exists.

Instagram chief Adam Mosseri says that the change is also related to simplicity, and keeping the app focused on the key functions people use.

Today we're removing the 'Following' tab on Instagram, which was created to help people discover new posts and accounts their friends engage with. We're always trying to stay focused and keep Instagram simple, and so we celebrate launches and 'unshipping.' https://t.co/3kqD2xqV7J

And then, of course, there's the additional consideration of the embarrassing Likes it can uncover. Like a picture of an IG model and your friends and family can see it in the list - and that's probably the tamest variation of this type of discovery.

Given the rise of Explore, it's a minor change, but still, any variation in process will have an impact, and some users who loved the 'Following' tab will no doubt voice their displeasure. From a brand and marketing perspective, it does take away another surface for potential discovery, but the impact, given the usage behaviors noted by Instagram, will likely be minimal.

Instagram will be removing the following tab for all users over the course of this week.