Instagram is still in TikTok catch-up mode, with app researcher Alessandro Paluzzi discovering a new feature in testing that would enable users to ‘dancify’ their Reels clips to any music track. 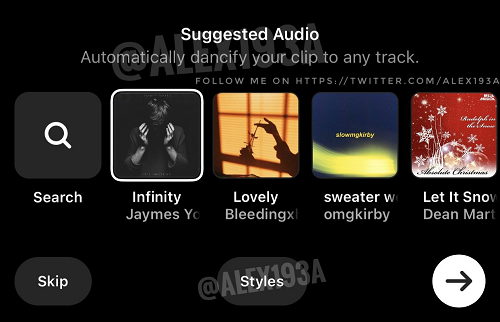 What the heck does ‘dancify’ mean?

It seems likely that this is exactly the same as TikTok’s auto-sync option, which enables users to sync their uploaded videos to whatever music track they choose. 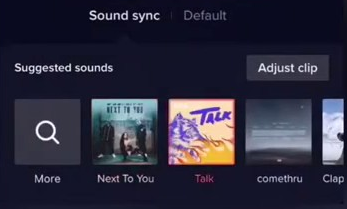 The automated process matches the music beats to the video, to ideally create a better quality clip. It doesn’t always work out that way, but that’s the idea, which seems to be the same concept that Instagram’s going for with this new Reels addition.

Though Instagram doesn’t appear to believe that its users will understand what ‘auto-sync’ means, so instead, it’s trying out ‘dancify’ as the functional name.

I mean, it’s not final yet, as Instagram hasn’t released it, and the name could be changed, or it might not even be released.

Indeed, when we asked Instagram about 'dancify' it provided this statement:

"This is an early prototype and not currently testing on Instagram."

So nothing to report as yet, as it's not in its final form. But still, you can see where it's headed.

It would be the latest in a growing line of TikTok features that Instagram has replicated, as it seeks to slow the app's momentum, and keep its users from migrating to the platform. Which hasn't worked - TikTok is now up to a billion active users, while Instagram's growth rate has seemingly stalled, as it loses its status as the cool place to be.

Replication, which has been a winner for Instagram in the past, looks like it's not the most effective approach this time around - yet, at the same time, Reels usage is growing, and if Instagram can build on that with new features, copied or not, it does make sense that it should at least try them out where it can.

Though it probably won't help Instagram win back young audiences. The problem with replication is it means that you're always, inevitably, a step behind, while the brands that win the day are the ones who take the reigns as the leaders of cultural movements, and the credibility that comes with such. Instagram was that once, but now, TikTok seems clearly in the driver's seat. In order to swing the momentum back its way, Instagram really needs to come up with new, original features that catch on, and become key discussion points among young audiences, so that they then feel compelled to open up Instagram and try them out for themselves.

Which, of course, is easier said than done, but while truncating potential audience losses with copycat TikTok features may work to some degree, it won't significantly boost Meta's broader effort to win back the youth.

But maybe I'm wrong, and 'dancify' is cool new lingo that I'm not up with, that will help Instagram get back that impetus and cultural momentum.

We’ve asked Instagram what the deal is with ‘dancify’ but they hadn’t responded at the time of publication.