LinkedIn Launches its Own Variation of Live-Streaming Called 'LinkedIn Live'

LinkedIn is not known for its speed of innovation, but after launching stickers and frames for video last March, and testing its own variation of Stories more recently, the professional social network is now taking on another social innovation by adding its own live-streaming option. 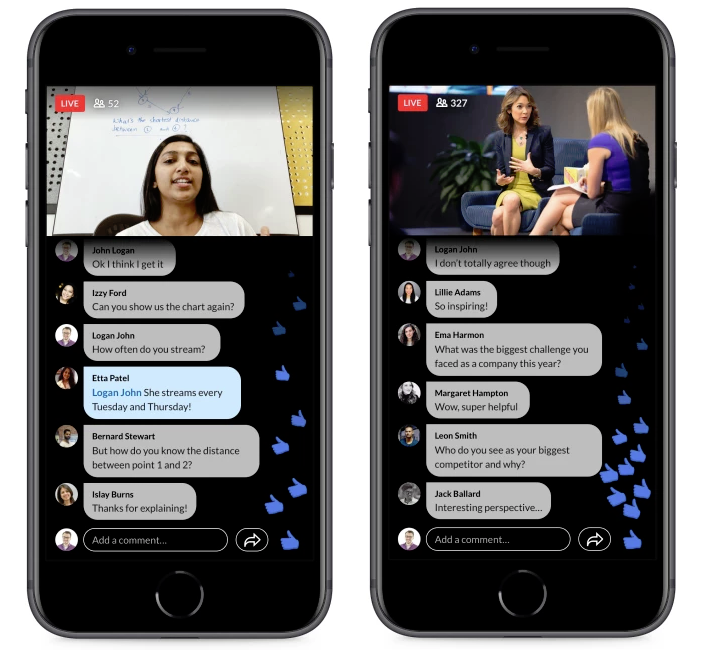 As reported by TechCrunch, LinkedIn's new live video tool - called 'LinkedIn Live' - will provide another option for video content on the platform, which, since LinkedIn launched it's native video tools back in August 2017, has grown to become the most engaging content option available to users. LinkedIn Live will give regular members and businesses additional, immediate capacity to share from conferences, product announcements, conduct Q&As and more.

It makes sense for LinkedIn to put increased emphasis on video content - according to internal data, LinkedIn users are 20x more likely to share a video on the platform than any other type of post. In line with this, LinkedIn also launched video Sponsored Content, and video for company pages early last year. The addition of LinkedIn Live will also enable LinkedIn to build on the 'record levels' of engagement that it's currently seeing on the platform.

Initially, LinkedIn Live will only be available in the US, and will be via invite-only. Those who want to be part of the first roll-out will be able to apply through a contact form in the coming weeks - there's no information, at this stage, on a broader rollout, but you'd expect that wouldn't be far behind.

As noted, LinkedIn might be a little behind the major live-streaming wave, but the addition does make a lot of sense, and will no doubt be utilized for a range of purposes. The opportunity to broadcast direct to a growing professional audience (LinkedIn recently hit a new member milestone of 610 million) will hold a lot of appeal, and it could see a new push on B2B live content, which may help build momentum for the option.