LinkedIn's Rolling Out Native Video to All Users

A year after first testing their native video option, which was initially only available to selected Influencers, LinkedIn has now announced that all users will soon be able to post video to the platform, moving in-line with the broader video content shift.

After initial tests of their dedicated 'Record' video app last August, LinkedIn then expanded native video to selected users last month, leading to the broader expansion to everyone. LinkedIn's video player's not as advanced as the video offerings on other platforms, but it's functional, straight-forward, and provides another way to expand your messaging on the world's largest professional network.

As shown in the above video, the new video option will be available via the share box (on iOS) or the post button (Android), where you'll be able to record something new within the app, or upload video you've recorded previously. Videos can be up to 10 minutes in length, and will autoplay without sound in the LinkedIn feed.

Once posted, LinkedIn will provide data insights to help you optimize your video content - as per LinkedIn:

"After you post a video, you can see audience insights such as the top companies, titles and locations of your viewers, as well as how many views, likes, and comments your videos are receiving. With these insights you can begin to understand if you're reaching the people and companies that matter to you. You can find audience insights in the dashboard section of your LinkedIn profile on both mobile and desktop."

These are similar to the insights LinkedIn provides on Publisher posts, helping users optimize their content to reach the professionals they need to. 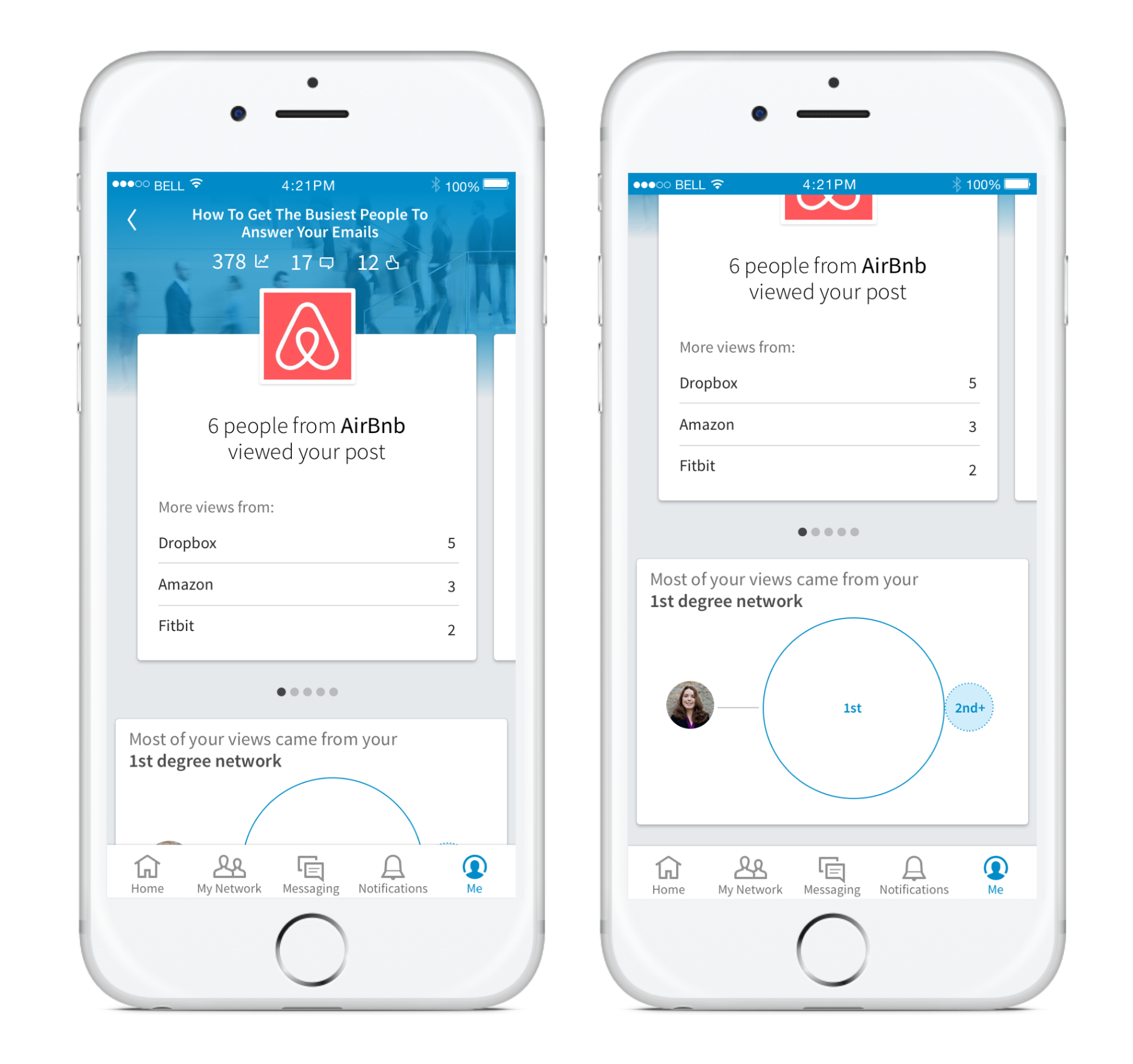 In terms of video performance, LinkedIn will follow the lead of Facebook and Twitter and count a video view after three seconds. LinkedIn's view is that the three second threshold provides an indicative measure of interest in the feed environment, though it adds to the wider variation in video view reporting (Snap Inc. counts a view as soon as a Snap is loaded, YouTube requires 30 seconds view time).

At this stage, LinkedIn's not opening up the video posting option to company pages, though they are leaving the door open to doing so in future.

As noted, video has seen huge growth across every social platform. Facebook grew from one billion videos views per day to 8 billion within the space of fourteen months, Snapchat went from 4 billion to 10 billion in less than a year. On Instagram, which is now making video a more significant focus, video consumption increased 150% last year, while videos on Twitter have increased by more than 50% since the beginning of 2016.

On LinkedIn, the story is similar - despite not having a native video option, more and more people have been posting YouTube links, particularly as a means to make their profiles stand out. Indeed, LinkedIn notes that their users are 20x more likely to share a video on their network than any other type of post.

Given this, the introduction of native video on LinkedIn makes perfect sense, and it'll definitely be worth considering for those looking to boost their LinkedIn presence and increase their professional standing. There are many ways the option could be used - the focus of LinkedIn is obviously more professional, so it may not be the best place for the latest funny clip, but having the capacity to add a personal video note to our profile, or a look at your latest project, could significantly boost your presence.