Not to be outdone by the adult social apps, Messenger Kids has announced a series of updates for the holiday season, including Dark Mode, voice effects and an easier way to play collaborative games within message threads.

Dark Mode is the main addition, with the low light option now being brought to Messenger Kids, helping to save young eyes from strain. 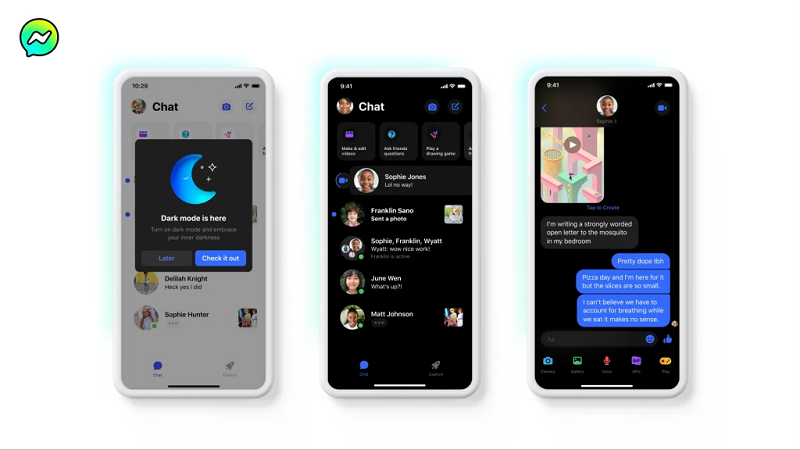 Dark Mode options limit exposure to blue light which is emitted by mobile devices to increase readability in the daylight. In low-light situations, however, blue light can cause your brain to stop producing melatonin, which can then lead to disrupted sleep cycles, making it harder to fall and stay asleep.

And for kids, that may be even more critical, so it’s good to see Meta bringing dark mode to their junior option of the app, and not overlooking the value of such for this user segment.

“Kids can turn on dark mode by tapping into their Messenger Kids settings and selecting “Dark mode.” They can choose to turn the feature on, off, or use phone settings to automatically change how their app looks based on their phone settings.”

Messenger Kids is also adding new voice effects, which will enable youngsters to change the sound of their voice messages in the app before they send them. 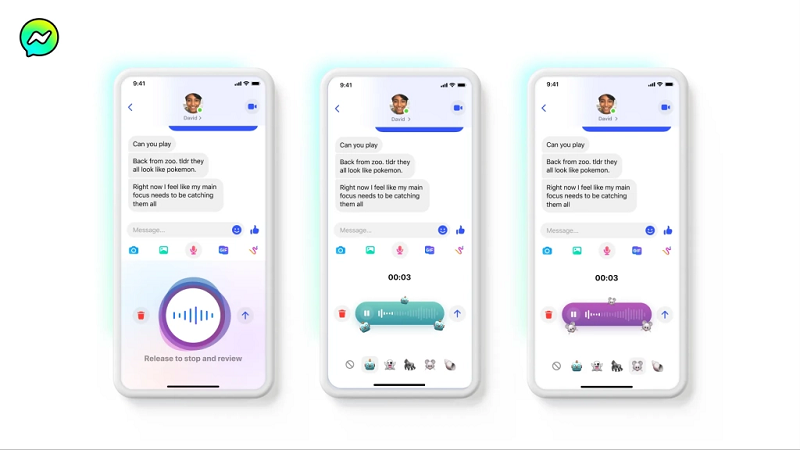 “Tap on the “voice” microphone icon, press and hold to record your message, then pick from five different options to change your voice to sound like a robot, ghost, gorilla or mouse, or sound like you’re talking into a seashell.”

That’ll no doubt be a fun and engaging option for youngsters as they seek to stay in touch with friends through the app. 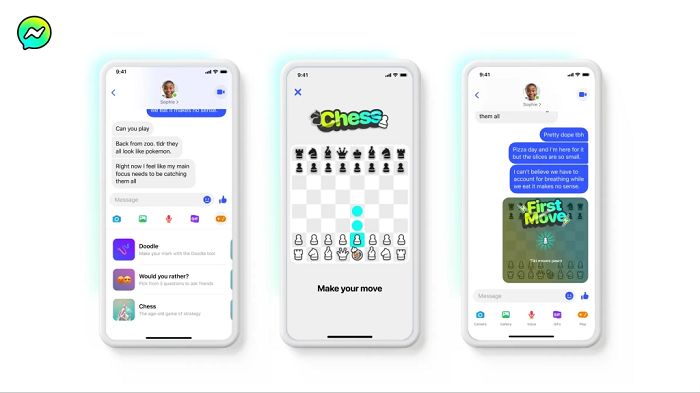 Up till now, users have had to leave their chat thread and go to the Explore tab to pick a game to play with friends, but as you can see in this example, now, the selection process will be integrated into the message composer element, making it easier to find and start a game right then and there.

The new games connection process is coming to iOS devices initially, with Android to follow soon.

While many are still uncertain about the value, or harm, of Meta’s Messenger Kids app, and whether we should be encouraging youngsters to use social media at such a young age, over the past two years, in the midst of the pandemic, Messenger Kids has provided a valuable connection option for youngsters who’ve been isolated from social interactions, due to lockdowns around the world.

Indeed, Messenger Kids now has more than 7 million active accounts, and while there were some early issues with access and protection, in large part, the app has operated without incident, which alleviates some stress for parents.

Not every parent will be comfortable with the app, and giving their child access to such features, but for many, it has become a key tool, and these new additions provide more functionality that could enhance connection over the holidays.