As more nations struggle to contain the COVID-19 outbreak, could digital surveillance tools, which track people's movement via their mobile devices, enable better management of the evolving situation, and limit the spread of the virus? And if so, what would that mean for personal privacy and data tracking moving forward?

This is the dilemma that many nations are now facing, as the rapid spread of coronavirus escalates concerns, and forces world leaders to seek out every potential option.

Last week, reports circulated that the US Government was in talks with several tech companies, including both Facebook and Google, as to how it might be able to use location data from cell phones to better track and respond to the COVID-19 pandemic across the nation. This came after several Asian nations, including China and South Korea, had seen some success in better restricting the outbreak by using smartphone location data to track the movement of people who were carrying the virus. 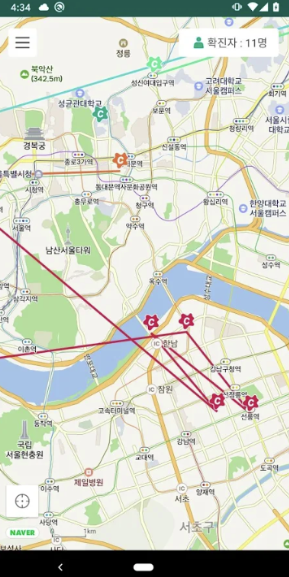 Now, mobile carriers in Italy, Germany and Austria are also sharing location tracking info with authorities, while Taiwan, Singapore and Hong Kong are using location monitoring systems to ensure that people who are carrying COVID-19 are staying at home, in an effort to slow the spread.

The use of location-tracking data makes sense - if you're able to tag a person who tests positive via their device identifier, you can more accurately track where they've been, and who they've potentially been in contact with. Such tools are already in use in Singapore and China - China, meanwhile, is also using popular social apps WeChat and AliPay to assign color codes to people based on their COVID-19 risk, which restricts their capacity to move freely as a result.

That specific system is more effective in China due to the ubiquity of such apps for everyday purpose, but the principle remains solid - by utilizing location data and tech tools, there are ways to track and manage virus carriers, which could help to enforce government directives on movement restrictions and activity.

But such tools also come with significant privacy trade-offs - and as The New York Times notes, once that privacy back door has been opened, it can be very difficult to close it again after the need subsides.

In the case of granular location tracking, that could facilitate increasingly complex systems of tagging and monitoring citizens, with potentially limited control over such, or transparency as to how that system is being utilized.

But then again, with the situation worsening every day, maybe the trade-off is worth it - maybe, by providing the various government's with access to in-depth movement data and personally-identifying digital markers, that will be the only way that some regions will be able to get people to take the health advice seriously, and stop them from putting others at risk.

Such a system would be unprecedented in western society, where freedom of movement is engrained as a key human right. But it also might work.

At the least, some level of tracking and surveillance makes sense - again, via NYT:

"On Friday, Singapore introduced a smartphone app for citizens to help the authorities locate people who may have been exposed to the virus. The app, called TraceTogether, uses Bluetooth signals to detect mobile phones that are nearby. If an app user later tests positive for the virus, the health authorities may examine the data logs from the app to find people who crossed their paths. A government official said the app preserved privacy by not revealing users’ identities to one another."

That would likely be a helpful tool in informing citizens, and getting those who may be infected to stay home - but getting them to actually follow such a directive remains a challenge.

Maybe, the same location data that fuels the app could also be used to track subsequent movements, and limit those who are tagged as potentially infected. That seems overly draconian, and could confine potentially healthy people along with those infected. But we're living in an increasingly desperate situation.

The implications of utilizing digital data for such purpose are significant, but they could also be the best chance we have at limiting the spread.

These questions could end up becoming the major shift of the COVID-19 pandemic, and could set the table for greater digital privacy shifts moving forward.