So, with all the discussion around the misuse of social media data to manipulate users, do people trust social ads less as a result?

You bet – according to the latest research from Sprout Social, in which they sought opinion from more than 1,000 social media users in the U.S., 27% of consumers say their opinion of social ads has declined over the last 12 months. 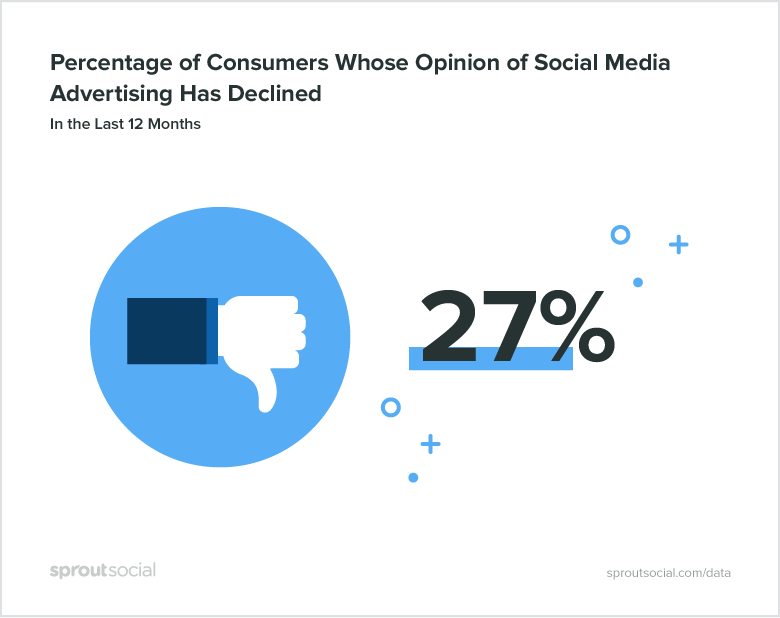 But interestingly, it’s not necessarily due to lack of trust – according to Sprout’s research:

“…the top reason for the drop cited by 58% of respondents was simply seeing too many social ads overall.”

This is an interesting point – back in 2016, Facebook warned investors that it was close to reaching ‘peak ad load’ on the platform, which would subsequently slow earnings momentum.

Through testing, Facebook had found where it was confident that consumers would draw the line on ads, and stop using the platform as a result, and Sprout’s research seems to support that limit - that people are getting to the point where the ad load is simply too overbearing.

Does that mean it’s all over for social ads? Well no, obviously this is how the platforms make money, but it does mean that businesses need to get smarter and more creative with their promotions.

On this front, Sprout’s research also found that entertaining ads are the most effective approach on social. 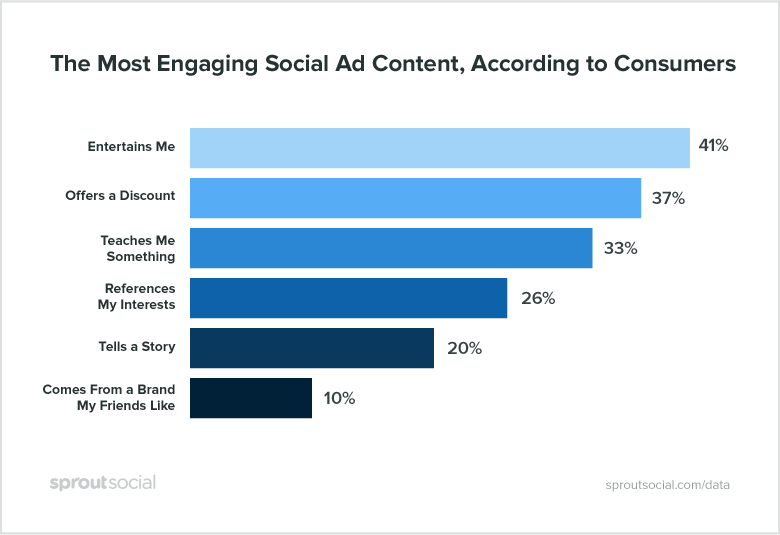 Of course, that’s often easier said than done – the key to being a great comedian is being really funny, but very few people can do that.

To help, Sprout has also broken down the key entertainment factors to narrow down your creative options:

“On social in general, our research shows that video is one of the main formats people want to see from brands (83%). GIFs also perform well with 58% of people enjoying them - among Millennials, this rises to 70%. Brands that go beyond stylized product shots and into content that inspires emotion in prospective customers will have more success being noticed and remembered.”

Still not necessarily easy for everyone to action, but there’s some clear guidance there as to what consumers are most interested in.

Also interesting – Sprout found that the majority of consumers don’t necessarily want to be able to buy products direct from an ad, preferring the ‘Learn More’ call to action. 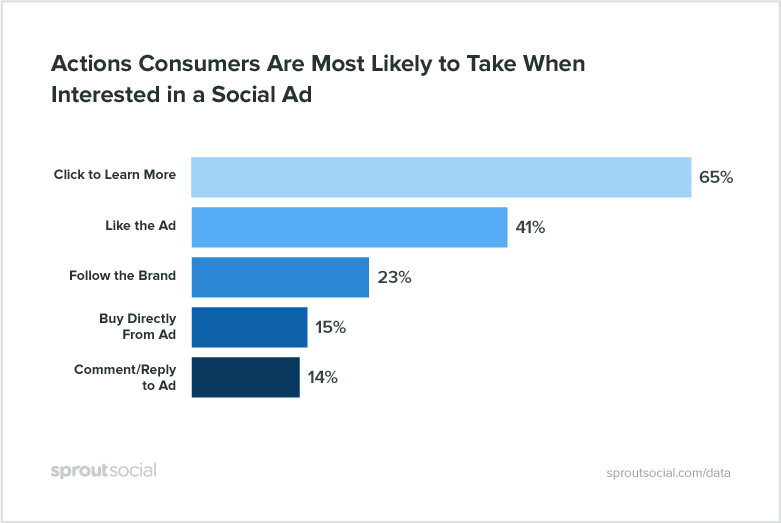 Really, that shouldn’t be a huge surprise, various direct purchasing options on social have fallen flat. But still, it provides further guidance on what people are looking for, and how to best cater to demand within social feeds.

There’s a heap more insights in Sprout’s full report to help you refine and target your approach.