Since the dawn of social media marketing, brands have been trying to work out the magical best time to post, in order to maximize engagement, boost reach and, ultimately, increase conversions.

But here's the truth - there is no magical, one-size-fits-all, best time to post for every brand, on any social network.

The truth is that it depends. It depends on your audience, on your industry, it depends on your products, what you post, consistency - there are a range of factors which play into when your best times to post on Facebook, Twitter, Instagram or LinkedIn will be.

But then again, knowing the generic best times, based on overall engagement, can give you some guidance, and help you re-think your strategy in order to better test and pinpoint your ideal best times.

Along this line, the team from Sprout Social have updated their listing of the best times to post for the major social platforms (excluding Pinterest and Snapchat). Based on data from Sprout's 25,000+ customers’ interactions, the full report includes generic breakdowns, along with detailed analysis by vertical.

You can view Sprout's full report here, but in this post, we'll take a look at the top line engagement reports for each of the major platforms, and what Sprout suggests are the best times to post. 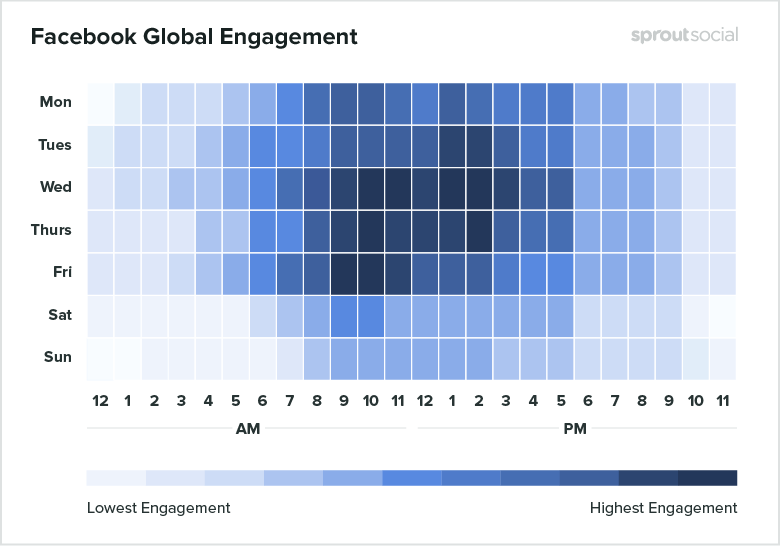 As you can see here, Sprout's data suggests that Facebook updates posted on Wednesdays, between 11am and 1pm, see the most engagement. Thursday and Friday also see relatively high interaction, with Fridays skewing slightly earlier in the day.

There are no real surprises there, though it is interesting to note the shift in focus on Facebook from mid-week onwards, as opposed to posting first thing Monday morning. Again, this is not prescriptive, each brand's best times will vary, but if you were looking for a starting point from which to conduct your experiments, Wednesday posts might be a good marker to begin with. 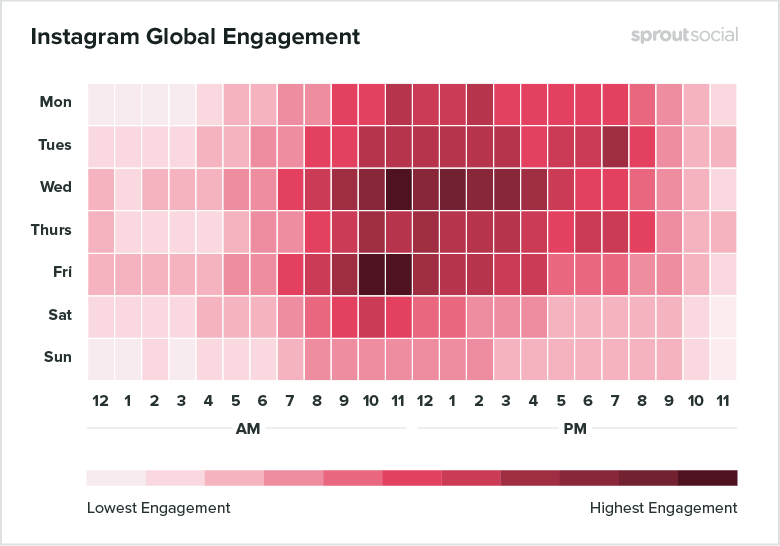 Sprout's data suggests that Wednesday is also a winner on Instagram, with Fridays between 10am and 11am also proving popular.

Again, it's that mid-morning slot - which is interesting, as it suggests that more people are active on social a little later in the day, as opposed to checking in during their morning commute or after work. 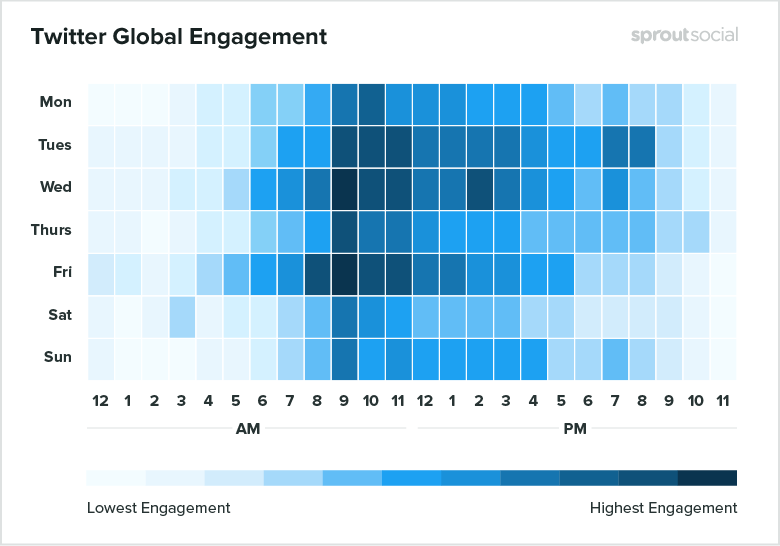 The story is slightly different on Twitter, with Wednesday and Friday still producing results, though at 9am, instead of mid-morning.

Sprout says that Tuesdays and Wednesdays are the best days to post your tweets overall, while Saturday sees the least engagement. Tweets also see less engagement after 10pm. 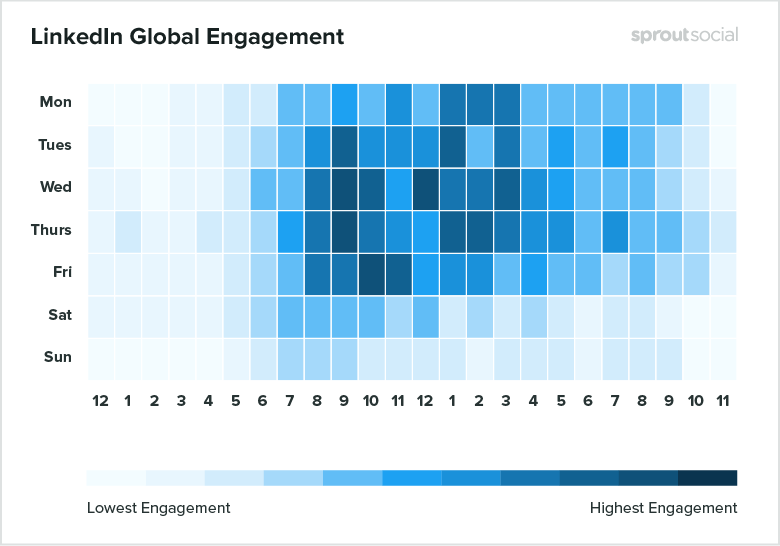 And last on Sprout's list is LinkedIn, which has been seeing significant increases in overall engagement of late, potentially making it a bigger consideration for marketers.

According to Sprout's data, the best time to post to LinkedIn is on Wednesday (again), between 9am and 10am, and at 12pm. Wednesday, overall, is the best day to post on the platform, while the least engagement occurs on Sundays.

On balance, Tuesday to Friday, between 9am and 11am, looks to be your best LinkedIn posting bet, with good engagement between 12pm and 4pm, Wednesday and Thursday also.

As noted, there's no magic time to post, there's not a single 'cheat code' time you can use to beat the system. But these data points provide some good pointers as to where you should be looking, and what you might want to consider when planning out your approach.

You can read Sprout Social's full 'Best Time to Post in 2019' report, including breakdowns by vertical, here.