If you've ever wondered why social networks keep adding in messaging tools, and increasingly emphasizing direct communication, take a look at this chart. 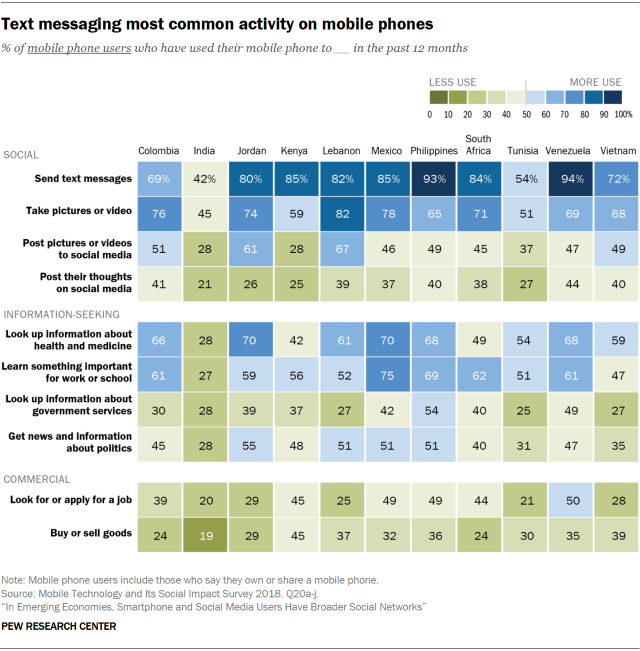 As you can see here, as part of a new report from Pew Research, direct messaging far outweighs social media posting in emerging nations, where the next billion users are going to come from for social apps.

Part of that, of course, comes down to connectivity and network capacity - many users in these markets are on restrictive data plans, which could limit their capability to fully utilize social media tools and apps. But then again, the numbers show that they are still taking pictures and video, and sending them via message. if you were in any doubt as to where the future of digital interaction lies, these results likely show that messaging is the way to go. 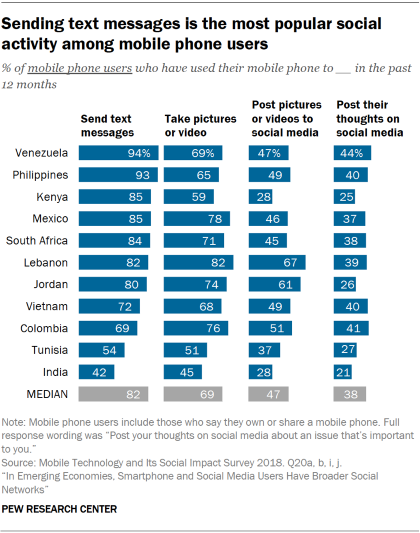 That trend has also become increasingly apparent in western markets. As displayed in this chart (via Mark Schaefer), messaging apps have outgrown social networks as the connective tools of choice for many users.

This is part of a broader flow against public sharing - while having the capacity to post your every thought on every issue for public consumption on social platforms can provide you with a means to be heard, increasingly, people have found that such sharing can come back to haunt them, with various cases of celebrities and business leaders being caught out for sharing controversial and/or offensive posts on social media in their past.

That's one part of the wider move away from public posting, which has seen more interactions switching to private groups, and/or messaging. It would appear, at least to some degree, that such lessons are also flowing through to emerging markets, which will likely see messaging continue to get increased focus moving forward, as the platforms themselves move to monetize such usage, and build outside of the core apps and functionalities that have made them

For brands, that means messaging is a key area to explore, especially if you're looking to reach new markets. The trends indicated here suggest that the messaging shift is in full effect, and you can likely expect to see that trend continuing into new regions.

Tools like chatbots, and apps like WhatsApp, could be key to this expansion, and it's worth considering how they might fit into your broader digital strategy.