With influencer marketing becoming more prominent, the onus is being put onto social platforms to better police fake engagement and interaction, in order to demonstrate actual user activity, and weed out those who are looking to cheat the system and inflate their presence.

This happens on every platform in some capacity, but they are now taking action. Instagram announced a crackdown on followers gained via third-party apps late last year, and Facebook recently launched legal action against companies selling fake engagement.

And now, Twitter-owned live-streaming app Periscope is taking steps to clean up its platform, with an update to its spam policy, and a new push to eradicate fakes.

As explained on the Periscope blog, the platform has revised its definition of spam to now cover “any bulk, aggressive, or deceptive activity that attempts to manipulate or disrupt Periscope or the experience of users on Periscope.”

That puts fake engagement directly in its firing line:

"This change means that, starting today, fake engagements are prohibited on Periscope. Any artificial hearts, chats, followers and views violate our spam rules, and so will selling or promoting fake engagement."

It may not seem like a major problem on a live-streaming platform - where the content is being delivered in real-time - but fakes have become another major issue for Periscope, along with inappropriate content and comments, which it's still working to address.

Indeed, according to TechCrunch, there are various YouTube videos which detail how this works, including tutorials on how to boost your Periscope metrics, use bots for added engagement, and find relevant services on to get more followers and views. 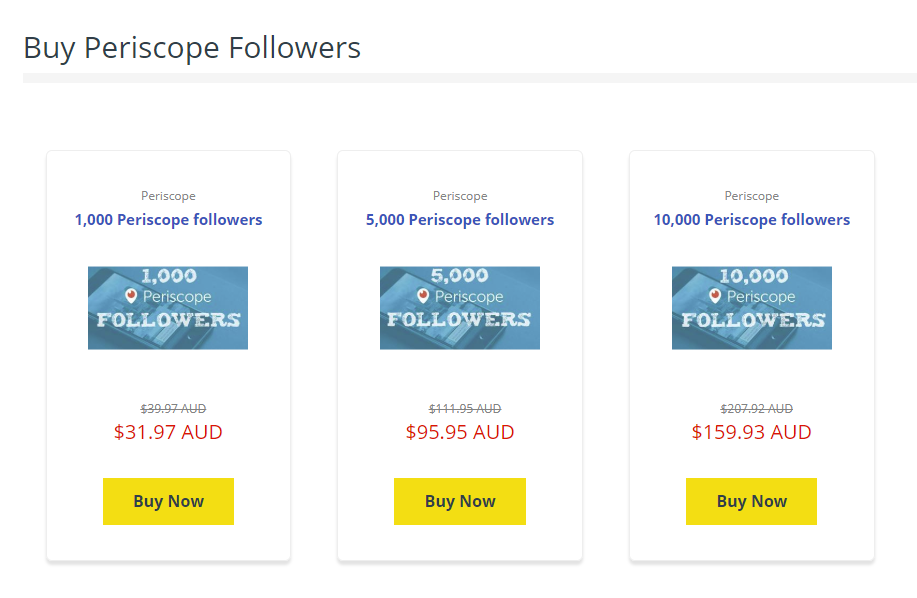 That's nothing new - again, a quick search will uncover similar providers for every social network - but the problem has obviously become significant enough that Periscope now feels compelled to act, and it has promised to do so, even on "accounts that may be high profile".

In addition to this, Periscope is also looking to improve its interaction options by launching new "account-level spam reporting options" to enable more effective, efficient spam reporting, as it seeks to address the aforementioned issues with inappropriate comments on streams.

It's another indicator that the time is nigh for those buying and selling fake followers and engagement online - as social media becomes a more essential element in business strategy, so too increases the need for the platforms to more proactively police the data they provide, and ensure that there's a greater level of transparency and accuracy in their various metrics, including follower counts and engagement. These may be 'vanity metrics', but many businesses are making investment decisions based on this data, whether they should be or not.

As such, it's good to see the platforms looking to more proactively address what's, essentially, online fraud.

Periscope's new spam policies are now in effect, with enforcement actions to follow.