Pinterest has announced its first-ever Creator Fund, which will allocate money to support creators on the platform, while it's also launching a new 'Creator Code' initiative, which aims to encourage positive interaction on the platform.

First, on its new Creator Fund - Pinterest has announced a new $500k funding program which it will use to provide support for creators from underrepresented communities.

"The program, currently only available in the United States, was started because we saw a need to uplift Creators and communities that have been disproportionately underrepresented on the platform. For the first cohort, we partnered with Creators from diverse backgrounds, from the worlds of fashion, photography, food and travel. They went through training, creative strategy consulting, and received budget for content creation and ad credits."

The extension of the program will see Pinterest continue to work with creators from minority backgrounds, with a stated commitment within the plan to ensure that 50% of the creators taking part in the initiative are from underrepresented groups.

Over time, platforms have recognized the need to build such funding into their development plans, in order to keep their most popular creators around - because as Vine found out the hard way, once your top users leave, the audience will eventually go with them.

With Facebook and Google able to offer big financial incentives, smaller platforms need to work to build comparable tools into their systems, which is why initiatives like this are so important to their longer-term viability.

In addition to this, Pinterest is launching a new 'Creator Code' - a kind of agreement among creators to uphold certain standards in their platform interactions.

"It’s hard to be creative when you’re surrounded by negativity and comparison. On Pinterest, it’s different. We lead with kindness and put your well-being as a creator first. See what happens when you create with a kinder community."

The code, Pinterest says, will enforce the acceptance of a mandatory set of guidelines before Creators can post Story Pins. 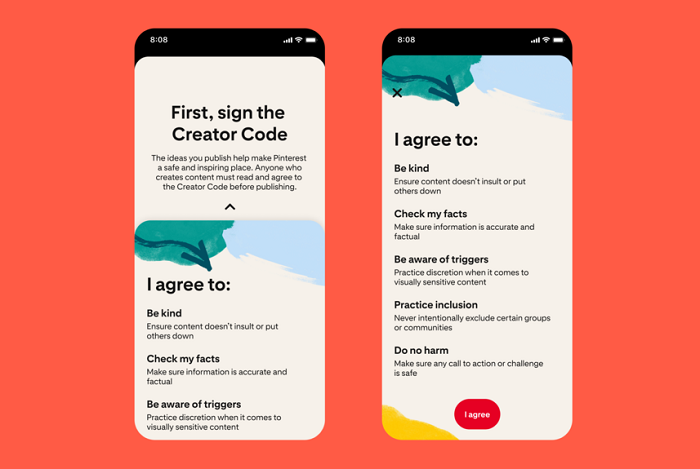 The guidelines cover the key areas of on-platform civility:

Pinterest has provided a more in-depth overview of each element on a new mini-site. 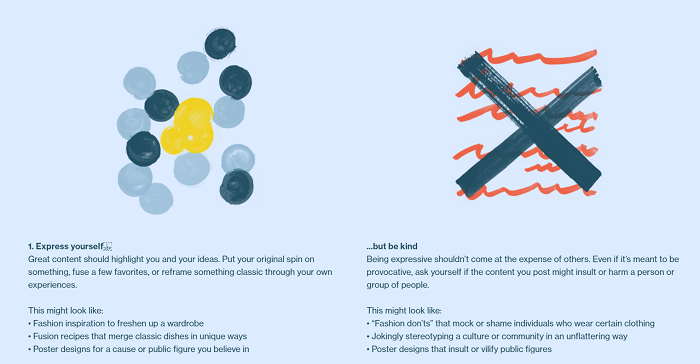 It's an interesting approach to encouraging positive interaction, and while it doesn't add a lot beyond Pinterest's existing platform rules, the idea is that by making this a more explicit focus, Pinterest will be able to help keep its platform more open and engaging, with the code acting as a reference point for in-app actions.

And finally, Pinterest is also adding some new comment moderation tools, which will serve as another way to keep things civil. 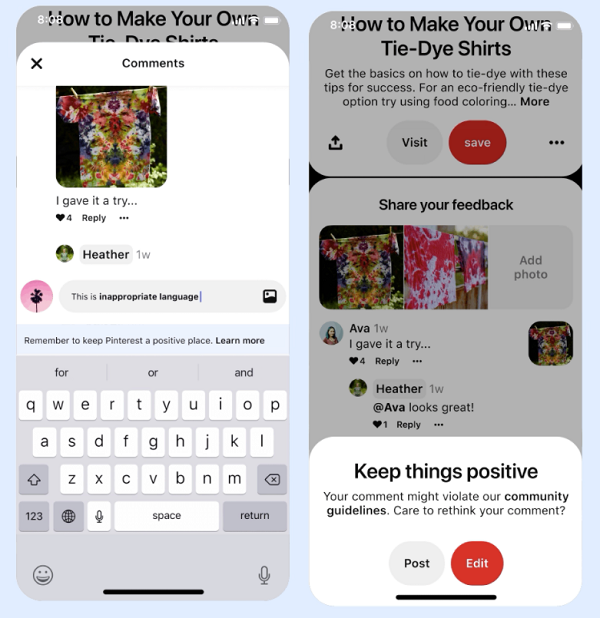 As you can see here, Pinterest is adding new prompts and notes to help keep the conversations friendly, while it's also adding new comment removal and keyword filtering options, and comment pinning to help highlight positive interactions.

These are some interesting new elements for Pinterest, and while the Creator Fund is really the big announcement, the civility tools could provide significant value, with simple prompts like these often enough to get users to think twice about what they're posting, and the expanded impacts of such.

It may not seem like a lot, getting creators to sign up to a non-binding agreement to keep things civil, but it's a worthy experiment, which may help in ensuring all creators on the platform work to improve the environment, rather than getting involved in negative elements.

You can read more about Pinterest's Creator Code here.