We’ve said this before, but businesses should not overlook Pinterest as a potential source of traffic, especially those within the B2C sector.

The platform has been slowly building out its search and discovery tools, implementing better ways to connect consumers with products. And those efforts are working – Pinterest recently reported that some 90% of weekly Pinners use Pinterest to make purchase decisions.

Sure, comparatively Pinterest’s 200 million monthly active Pinners trails behind the likes of Facebook, Instagram and Twitter, but those that do use it come with higher purchase intent, which is a key element to note in your consideration.

And it does seem that more brands are catching on – this week, Pinterest has reported that it's now reached a new milestone of 1.5 million active advertisers.

To celebrate, the platform has announced some new ad options – first off, Pinterest is expanding access to its quick promote option on Pins. 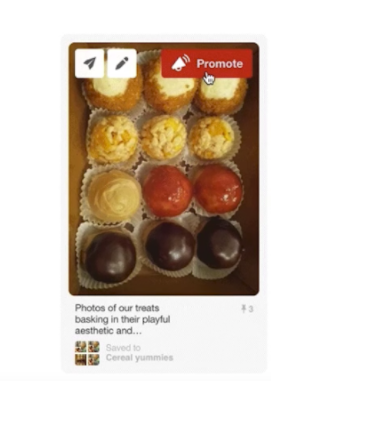 “The “Promote” button on each Pin helps businesses create an ad in as little as 9 seconds. Up until now, this button was only available to advertisers in the US. In the coming weeks, we’re rolling it out to business accounts in Australia, Canada, Ireland, New Zealand and the UK.”

Pinterest has also announced the hiring of Matt Hogle as their Global Head of Small Business. Pinterest says it’s seen a 50% year-over-year increase in small businesses advertisers on the platform, and Hogle’s dedicated role will be to develop new programs designed to maximize opportunities for smaller operators.

The new additions also coincide with the first anniversary of Pinterest’s ‘Propel’ ad assistance program, which provides organizations with one-on-one support to boost their Pin campaigns. Pinterest says that they’ve seen big success with the program, with companies using Propel seeing up to 3x more clicks on their ads, and 15% lower costs per click (you can read a case study on how contact lens company Hubble used Propel to boost their Pin efforts here).

As noted, Pinterest provides a range of opportunities, especially for B2C brands, and their ad options are getting more sophisticated, more targeted, and producing better results. If you’re looking to expand your social marketing program, Pinterest should definitely be on your radar – it takes some time to learn and understand, but the benefits can be significant.