Pinterest has posted its latest performance update, posting a significant jump in revenue, and steady growth in overall usage.

First off, on users - Pinterest added 17 million more users in Q4, taking it to 459 million actives. 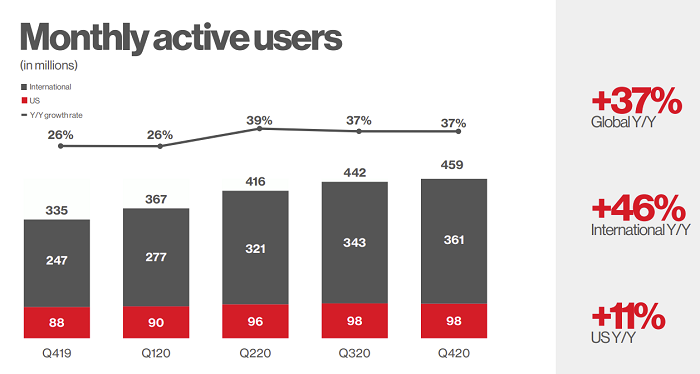 As you can see, that means Pinterest has maintained the same growth momentum from the previous quarter, which is a positive result, and underlines the platform's ongoing progress.

Though it is worth noting that its growth has seemingly stalled in the US. Pinterest's US monthly usage increased 11% YoY,  while internationally, the platform grew 46% in the same period.

That's not necessarily a bad sign, as it shows that Pinterest is expanding its offerings, but Pinterest is heavily reliant on US users for revenue, as shown in its average revenue per user stats. 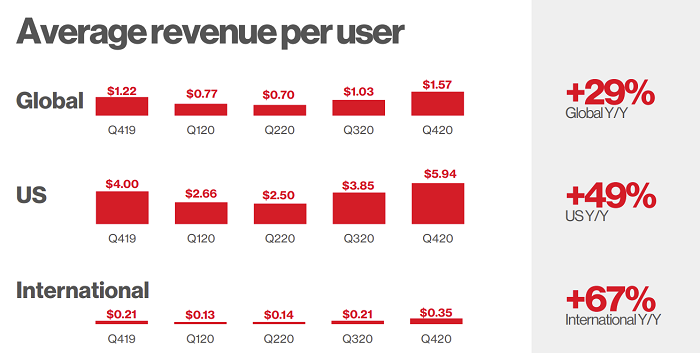 Pinterest still has a way to go to adequately monetize its international audience, and it's not growing that figure at the same rate. That does point to ongoing opportunity, and the overall increase in ARPU here is also a positive, but Pinterest will likely need to give this more focus in future - or look to boost its appeal in the US, in order to maximize its opportunities. 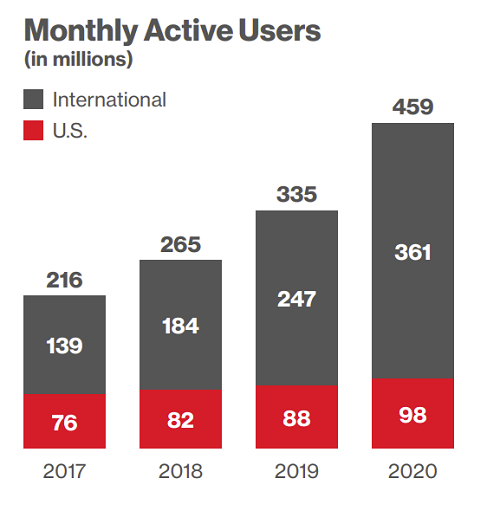 For comparison, Snapchat added 47 million DAU in 2020, and Twitter added 35 million mDAU (thus far). Facebook added 299 million in the same period. Given Pinterest's placement, that's significant growth, which points to the rising utility of the platform. 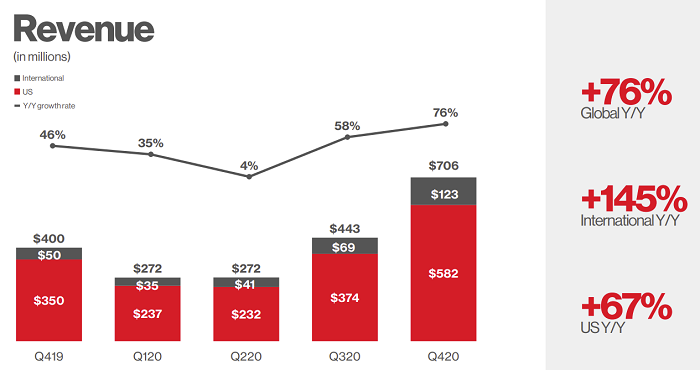 That's a strong result, which underlines Pinterest's growing connection to eCommerce, which saw a massive increase in 2020.

"Revenue growth was driven primarily by an earlier and sustained holiday season and product improvements that helped advertisers scale budgets and achieve more conversions. Advertiser demand was broad-based as businesses have increasingly adapted to the COVID environment."

Among the key additions in the period was the introduction of a new Shop tab on business profiles, along with improved product tagging, while Pinterest also jumped aboard the Stories train with Story Pins. 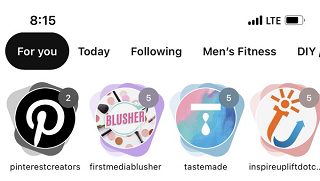 Both product tagging and Story Pins are set to get more focus in 2021, with Pinterest looking to make it easier for more businesses to list their products on the platform, ensuring users can purchase more items direct from Pins.

"We're also taking important first steps to build a creator ecosystem around Story Pins where a new generation of creators can create great content to enrich the lives of Pinners."

Which is the key impetus of Stories - with so many users, especially younger audiences, become more accustomed to the full-screen, vertical Stories feed, it makes sense for more platforms to be following the trend and adding their own Stories options.

Pinterest's numbers underline the growth of eCommerce more broadly, while they also solidify Pinterest's standing within that shift. And while its US growth was flat for the quarter, the expanded revenue opportunities, and connection to online shopping, hold the platform in good stead for further development and opportunity.