While other social platforms get all the focus when it comes to content moderation and censorship, Pinterest also has significant reach, and can also be used to host offensive, illegal content, and fuel the spread of misinformation online.

Now at 442 million monthly active users, the platform has seen significant growth in 2020, and with that comes increased responsibility for moderating content, and ensuring its users are kept safe. And this week, Pinterest has released its latest Transparency Report, which outlines all the content removals the platform has undertaken, as a result of legal and government requests, throughout the first half of 2020.

And the results show that Pinterest had had to remove... not very much.

The report is separated into two categories - 'US' and 'International'. In terms of US removals, Pinterest complied with 46 official information requests, impacting 55 accounts. 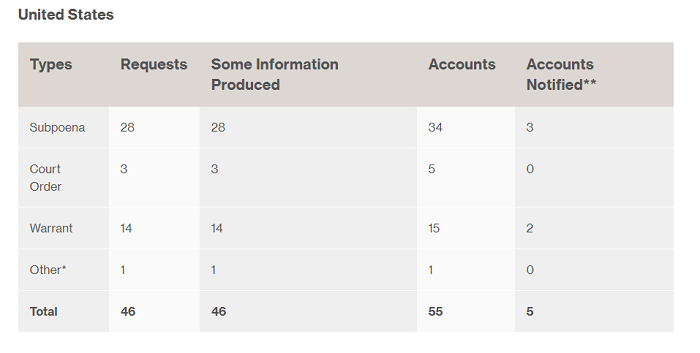 Which is not a heap - for comparison, Facebook dealt with more than 140,000 government requests for data in the second half of 2019 alone. Of course, Facebook and Pinterest are very different, both in size and scope, but it does give you some idea of the variance.

On the international front, Pinterest received a total of 919 requests from 6 government agencies. 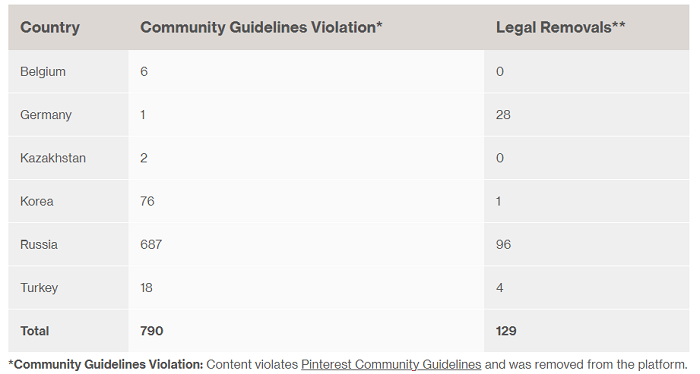 As you can see, the vast majority of those requests came from Russian authorities. There's no further detail on what, exactly, these requests relate to.

Pinterest has also reported that it submitted 1,638 instances of child sexual abuse material to the National Center for Missing and Exploited Children. Earlier this year, an investigation by OneZero found that Pinterest was hosting numerous child exploitation images, which were often hidden from search queries, but were still accessible on the site. This is obviously a key point of concern, and it's good to see that Pinterest is taking action on a high number of these posts.

The latter point underlines the need for all social platforms to remain vigilant in tackling illegal content, and working to protect users and vulnerable people. It may seem like Pinterest is less of a risk in this respect, but any platform which allows users to share content also sees a level of misuse.

On a comparative scale, Pinterest's numbers are small, but the impacts of such can still be significant.