Pinterest is testing out a new profile format, with the biggest change being the addition of cover images which are made up of a collage of your Pins. The new display - spotted by user Scott Kibler, and shown here on desktop - certainly adds a different look and feel to your Pinterest presence. Here's the current Pinterest display for comparison. 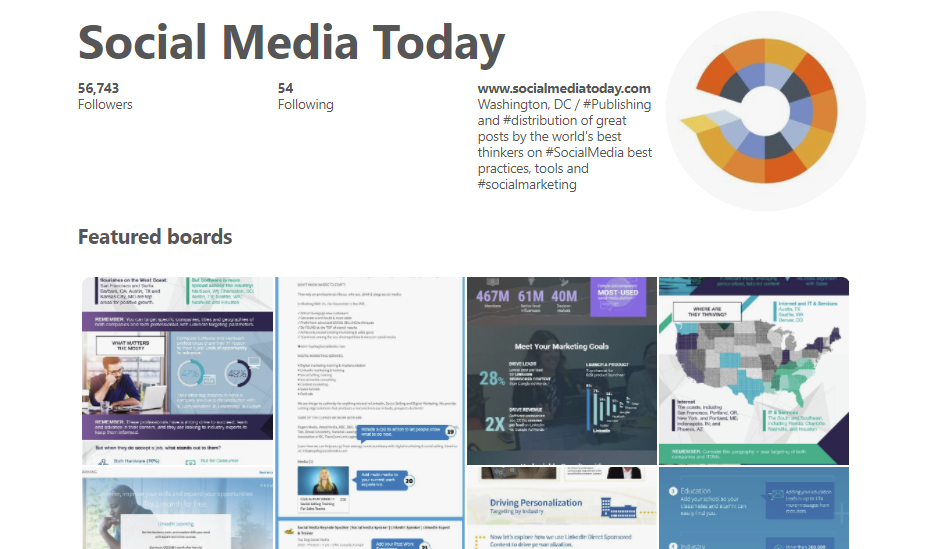 The background collage looks like a much better way to present an individual, engaging brand presence, and the fact that it's made up of your existing Pins will make it even easier to utilize.

On that front, Pinterest lets you select which pins are displayed in your collage by selecting the relevant boards it sources them from. That'll enable brands to select exactly which images they want to represent their business in such a prominent profile space.

Also worth noting, in the current Pinterest profile format, you can see 'follower' and 'following' counts, which are not present on the new format. Instead you have a 'monthly viewers' stat, while the various view options are also more spaced out, making them easier to use.

The switch to monthly viewers could put more emphasis on active profiles, as opposed to those that have large followings. That actually makes a lot of sense - on Twitter, for example, it's quite easy to game the system and present yourself as having more influence than you likely do by gathering followers, either by paying for them or utilizing the old 'follow/follow back' strategy. But if Twitter showed active monthly engagement instead, that would negate that figure, at least to some extent - and on Pinterest this is likely more relevant because of the platform's focus on eCommerce, as opposed to celebrity status.

Pinterest has been working to add more tools for businesses to better customize their profiles of late - the most recent of which being the capacity to re-arrange not only the presentation of your board sections, but the Pins within them too, ensuring profile visitors see exactly what you'd like.

This new option seems like the next step along that path. We don't have any official confirmation from Pinterest yet as to whether this is just a limited test or a full rollout is coming, but we'll update this post when we hear back.

UPDATE (4/17): Pinterest has confirmed that the new business profile format is being rolled out to all users "over the next couple of months"