Snapchat has announced that it will aim to achieve net negative carbon emissions - meaning it will remove more carbon than it’s emitting – by 2030, as part of an expanded commitment to tackling climate change as a company, addressing a key element of focus for the greater good, which is also in line with its audience expectations.

“Last Spring we announced our first-ever climate strategy, with commitments to carbon neutrality, science-based reduction targets, and 100% renewable electricity. Today we’re proud to take that strategy a big step further by committing to achieve Net Zero - removing from the environment as much carbon as we emit each year - and then going beyond Net Zero to make Snap net negative by 2030, meaning we will remove more carbon than we are emitting.”

The science behind carbon removal is constantly evolving, and Snapchat does acknowledge that it may need to revise its targets over time, as the situation and systems evolve. But the commitment is another step towards playing its part in tackling the climate crisis, and addressing key societal impacts as best it can through the options available to it.

Snapchat also knows that, as a platform with broad reach to younger users, this is a key element of focus for its audience, and as such, it’s additionally committed to sharing more information about climate change and its impacts via various means in the app.

“We’re announcing a new Snap Original, “Planet Rewild,” produced by Re:wild and Underknown. This series was developed as part of a larger multi-year partnership between Snap and Re:wild, focused on bringing Re:wild’s mission to "protect the wild that's left and restore the rest” in-app, allowing Snapchatters to learn, explore and uncover some of the most pressing threats to nature and our own survival.” 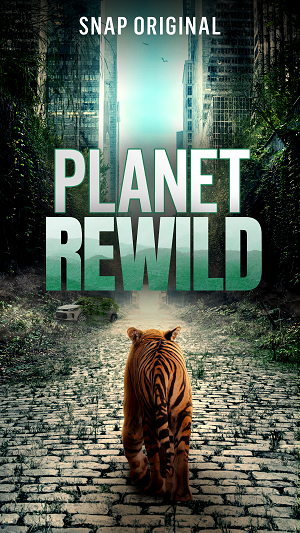 The program, coming in 2022, will depict what the Earth will look like in the coming decades if we don’t learn to 'rewild' our planet, which aims to raise awareness of the broader impacts of climate change as a means to inspire more action.

Snap says that it will also continue its partnership with the United Nations Environmental Programme to create AR lenses to mark World Environment Day and Earth Day, among other projects to help raise awareness among its audience.

Which, as noted, is significant, with Snap reaching over 90% of the US Gen Z population, many of whom now regularly consume its Discover shows and connect to critical news updates and information in the app.

With these new initiatives, Snap’s looking to put that connection to good use, and expand climate messaging to inspire action.