While Snapchat made its name as the disappearing content app, the company has been gradually moving further and further from its ephemeral roots in an effort to boost exposure for the app.

In their latest effort on this front, Axios is reporting that Snapchat will enable journalists to mine publicly posted Snaps for use in their content as part of a new partnership with news data providers NewsWhip, Storyful, SAM Desk and TagBoard.

As explained by Axios, news organizations with subscriptions to these tools will now also be able to access to all publicly-available Snaps, in the same way that they can currently access to publicly-posted Facebook and Twitter data through these vendors.

The aim of the program is to raise the profile of Snap content - along the same line, earlier this year, Snap announced that users would be able to embed Snap content, while they also made their Snap Map available on the web, making it easier to both find and share relevant Snaps in web content. 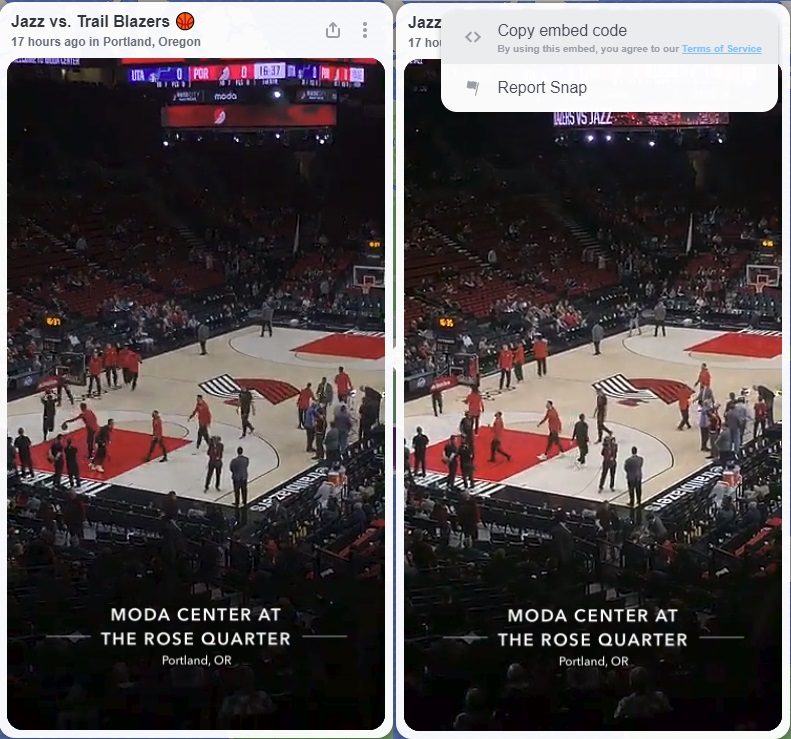 And Snap content may be able to provide unique value, particularly in the case of happening events. Now, if there's a happening event, Snap users are posting on-the-ground, in-the-moment coverage to the app. Journalists, as noted, have been able to access this material already through the Snap Map, but this new partnership will bring Snap content to the fore, making it even more readily available, and ideally raising awareness of the app.

But it is a move away from Snap's roots. It's only available on publicly posted Snaps, which means users have to consent to making their content available. But still, the app grew to prominence because it was the anti-Facebook, the anti-public social media, designed for more intimate sharing.

Things are different now, of course. Snap's now a publicly listed company, with the pressures of shareholders to deal with. But while there will definitely be value in these new partnerships, it still seems like Snapchat is moving more and more into line with every other social app, and further away from its points of difference.

Is that good for the long-term viability of the app? Will it even matter? Time will tell.