Given the expected return of larger physical meet-ups once again in 2021, in the wake of the pandemic (fingers crossed), this could become a key addition for Snapchat in the second half of the year.

Back in 2019, reverse engineering expert Jane Manchun Wong uncovered a new feature within the Snapchat app code for 'Events', which would enable users to add event details into a sticker that they could then add to their Snaps, and invite their friends to join. 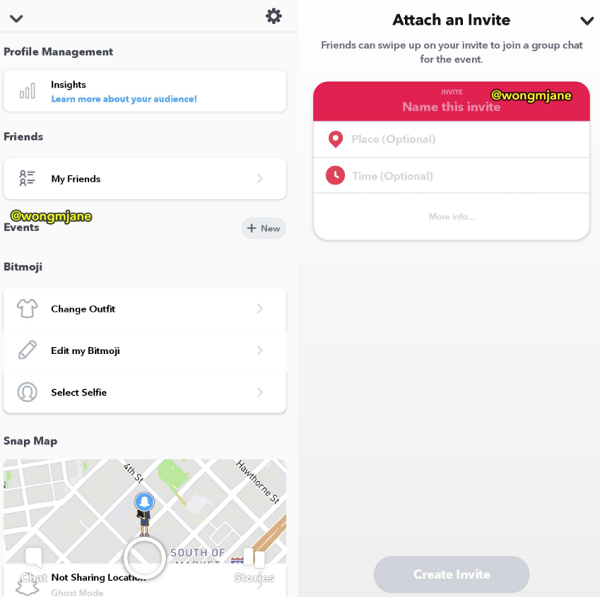 It's taken some time in development - and was possibly shelved due to the pandemic and subsequent restrictions - but this week, Patent Drop has reported that Snapchat has indeed filed a new patent for its coming Events feature. 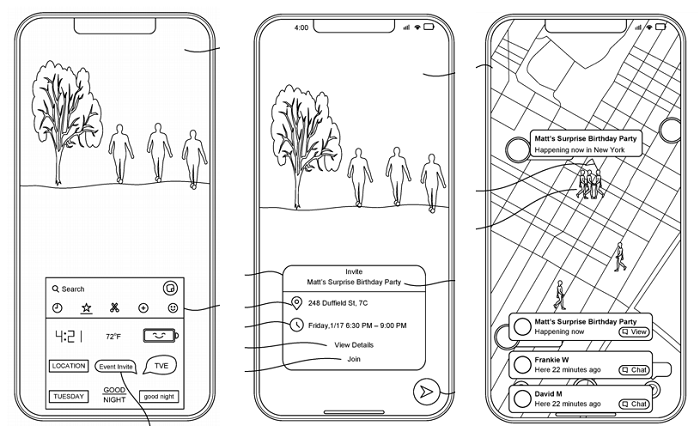 As you can see in this image sequence, Snapchat events would be activated via a sticker, which would include all of the relevant event information. The sticker could then be displayed in Snaps, while the details would also be listed on the Snap Map of those who are attending, along with the avatars of attendees.

As further explained by Patent Drop:

"For the friends receiving the event invite, they’ll be able to join the event and chat with others attending. Finally, any photos or videos that are taken during the event will be automatically added to the group chat."

It essentially provides another way to promote meet-ups, as well a centralized discussion space, which would include images and notes from the event.

Which could be valuable for a range of purposes. The main usage, you would expect, would be for gatherings among friends, given Snap's focus on facilitating more intimate friendship groups and discussions. But it could also be used by brands for exclusive, VIP functions, with your more engaged brand advocates and influencers included within your Snapchat brand group.

Patent Drop has also speculated at the promotional value of the option:

"Snap could create interesting partnerships with local merchants who want to offer deals for groups to come to their location. For example, imagine a Snap partnership with Starbucks where if users select the ‘who wants to meet me for a coffee?’ filter, users are recommended the nearest Starbucks as a location."

That could open up a new local marketing option, where businesses look to promote their location as a meet-up spot within the 'Place' selection drop-down, maybe by sharing a discount offer as part of the promotion. That could also be further facilitated by Snap's recent acquisition of location data company Street Cred.

Or it could simply become another option for businesses to consider in marketing their location for meet-ups in-store. You could create placards or on-table reminders that your location is listed on Snap, for example, for check-ins and events.

There's no word on an official release date as yet, but it could be another consideration later in the year, as people look to get back outside and meet with friends. It'll be something to experiment with either way, and could provide new opportunities.