I mean, it's not a good look, no matter how you view it.

In a blow for Twitter's enhanced election security measures, CNN has this week reported that a teenager was recently able to create a fake political candidate account, using a fake photo, then get it verified by Twitter, adding to the candidate's legitimacy. 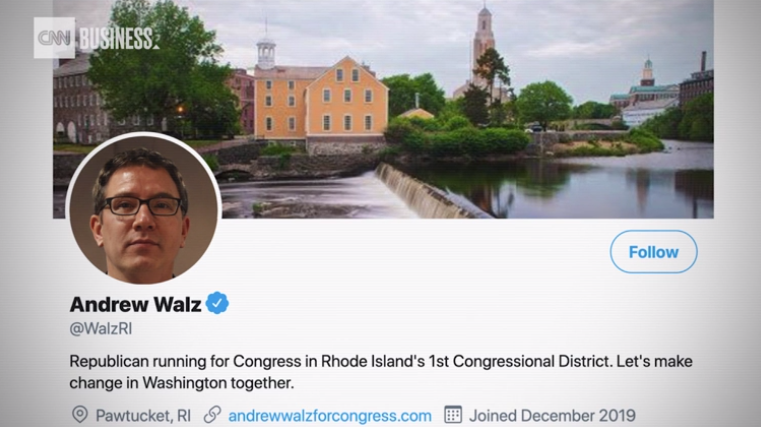 As explained by CNN:

"Earlier this month, [Andrew] Walz's account received a coveted blue checkmark from Twitter as part of the company's broader push to verify the authenticity of many Senate, House and gubernatorial candidates currently running for office. But there's just one problem: Walz does not exist. The candidate is the creation of a 17-year-old high school student from upstate New York."

"The blue checkmark is a hallmark of Twitter and one that was later copied by Facebook. It is often given to prominent accounts belonging to journalists, politicians, government agencies and businesses. The feature is central to Twitter's goal of helping users find reliable information on the platform, often from verified newsmakers. The fact that a teenager, using next to no resources, was able to quickly create a fake candidate in his free time and get it verified by Twitter raises questions about the company's preparedness for handling how the 2020 elections will play out on its platform."

In further reporting, CNN notes that the mistake may actually lie with Ballotpedia, which Twitter has partnered with to verify political candidate accounts. When setting up the account, the user also submitted info to Ballotpedia, which included filling in a short questionnaire.

That may have lead to Twitter verifying the account based on the info from Ballotpedia - so maybe, it's not Twitter's fault at all, and it's election security measures remain solid. But still, it doesn't imbue a heap of confidence, especially when well-resourced foreign operatives may also be seeking to influence the vote.

Twitter, as with virtually all social platforms, has been working hard to improve its election security measures in order to ensure voters are not manipulated by misinformation during the 2020 campaign. This latest incident shows that there's still way to go in that process - while security elements are improving, there are still ways for people to cheat the system, which remains a significant concern.

After being contacted by CNN, Twitter removed the profile, while Ballotpedia has also flagged the concern. But it's frightening that it was so easy to do.

While improvements have been made, transparency tools added, systems updated, there are still, seemingly, gaps in election security processes that need to be addressed.

Each incident is a learning opportunity, but more clearly needs to be done to ensure election integrity online.